After months of leaks and rumors, the Samsung Galaxy A72 is finally ready for launch. The official product support page for the phone went live yesterday. And the launch is expected in February 2021. 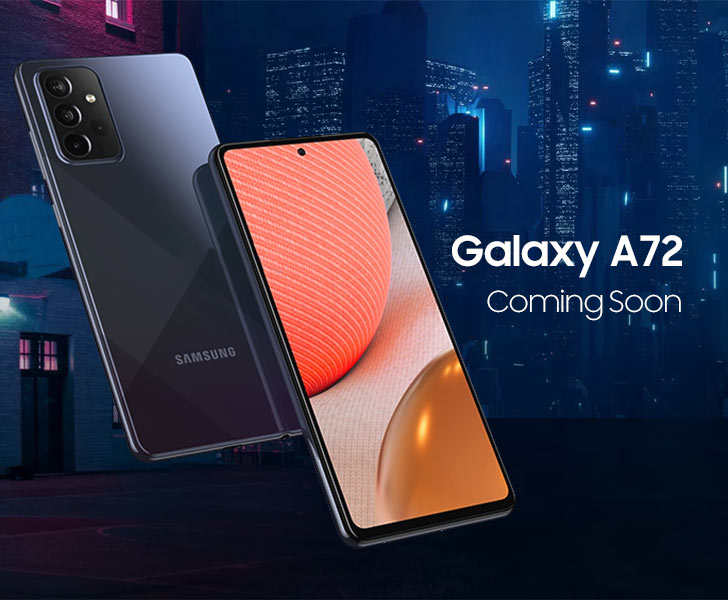 Samsung Russia published the support page for the Galaxy A72 under the model number ‘SM-A725F/DS’. It contains a FAQ and useful links relevant to the upcoming model. It’s safe to assume that the A72 will debut in Russia. And that it’ll arrive in Asian markets, including Pakistan, following that launch.

Geekbench, a popular cross-platform benchmark, has the Samsung Galaxy A71 successor listed in their catalog. According to its scorecard, the phone runs on the Snapdragon 720G chip. The chipset is the only salient feature separating the LTE and 5G variants. The latter is rumored to use the new flagship 5nm Exynos 1080 chip.

Certain certification documents give us the rest of the specification sheet. Samsung Galaxy A72 powers up over 25W fast charging. The USB interface is type-C, and the 3.5mm headphone jack has survived another year. OneUI 3.0, built on top of Android10, runs on this hardware. 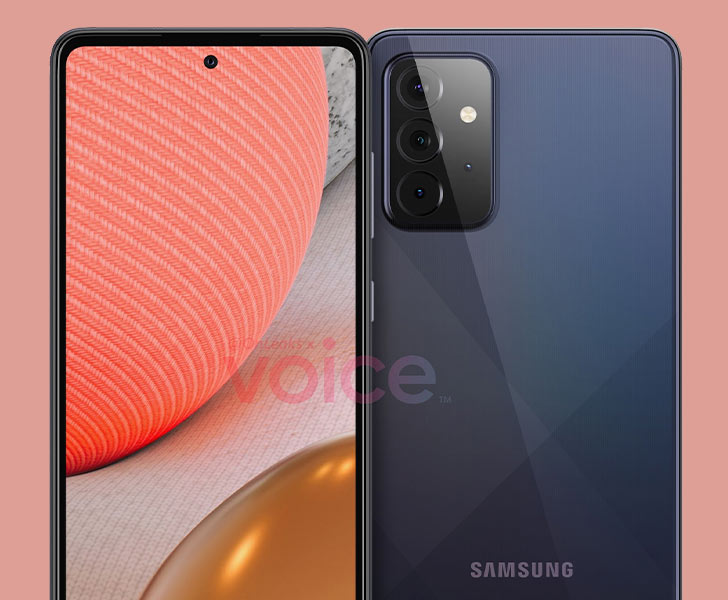 The Galaxy A72 is a top-notch A-series handset with a sub-flagship level Samsung mobile price tag. The product mockups that @OnLeaks previously published reveal a heavy Note 20-like design. We’re looking at a 6.7” SuperAMOLED screen with a 1080P resolution and an optical fingerprint scanner, the phone leaker notes. There is a solitary hole-punch in the middle, while an even (but thick) bezel surrounds the display.