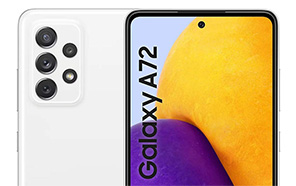 The Korean tech giant is expected to announce the new mid-rangers, Samsung Galaxy A72 and A52 smartphones real soon. The upcoming innovations are a point of interest to many as successors to the company's most popular models. The A71 5G edition has been leaked comprehensively in the past but now, A new leak by a reputed german blog, exposes the complete specs along with the official press renders. 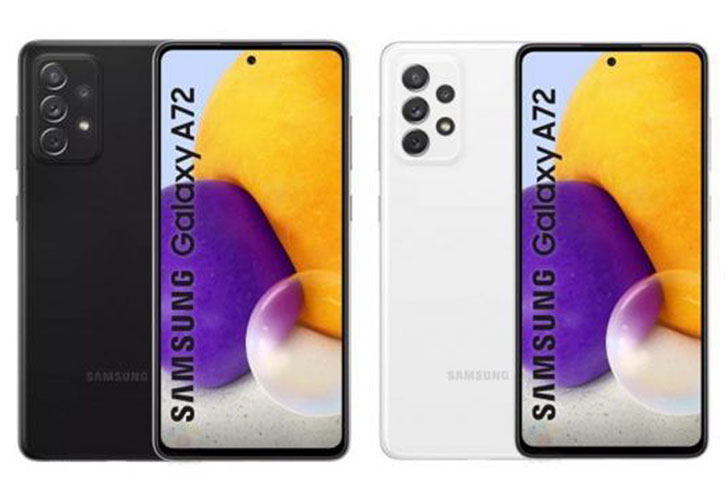 In terms of design, the Galaxy A72 doesn’t offer big surprises: the design is practically similar to the A52 but in a bigger size. No major change to the last year's Samsung Galaxy A71 in terms of design, except for the lens placements or the matching color of the rear camera module with the rest of the back. The rear panel material is still plastic but But the camera bump in a matching color now makes it more elegant.

Interestingly, the data suggests that the Galaxy A72 would at least initially be coming in a 4G version, meaning at least you wouldn’t immediately see a 5G model version, unlike the Samsung Galaxy A52.

The All-new Galaxy A72 packs a 6.7-inch Super AMOLED Screen, carrying a resolution of 2400 × 1080 pixels with a 20:9 aspect ratio. As also previously reported, the refresh rate of the new display would be 90Hz this time, instead of the usual 60Hz. The fingerprint reader is placed under the display, and a 32-megapixel front Punch-hole camera is located at the top-center of the screen. 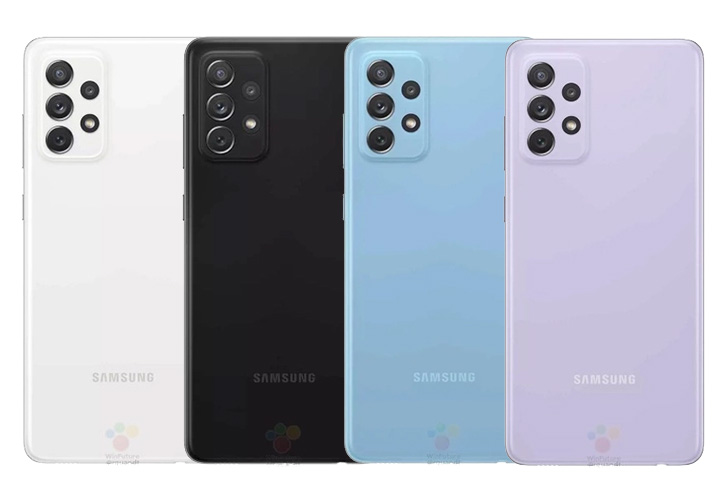 According to WinFuture.de, the Samsung Galaxy A72 would include a 64-megapixel main camera on the back along with an 8-megapixel sensor with about 2x optical zoom, a 12-megapixel ultra-wide-angle camera, and a 2-megapixel macro camera. Previously, we were told that there won't be any zoom module and also that the device could arrive with a Penta camera setup, but the new leak negates all that.

The Galaxy A72 will be powered by Qualcomm's Snapdragon 720G with 6/8 GB of RAM and 128/256 gigabytes of internal storage, plus an external memory card slot. The battery capacity lies at 5,000mAh and a 25W charger will be provided in the box. In addition, the device also has a 3.5 mm headphone jack and a USB-C port.

Interestingly, the Samsung A72 is said to be dust and waterproof with an IP67 rating. The Galaxy A72 is expected to offer Android 11 as an operating system version with, of course, Samsung’s very own One UI 3 software on top. The price of the A72 is said to start from 449 euros, which converts to some 87,000 PKR.