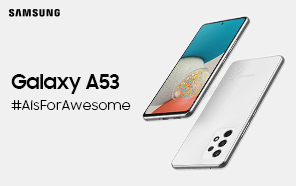 Samsung Galaxy A53 5G has already been seen in leaked specification lists and unofficial product mockups. And since we’re inching closer to the presumed March launch of the A53, the photos of the phone have popped up on the web too. Samsung has also secured a TENNA certification from the Chinese government for the Galaxy A53. 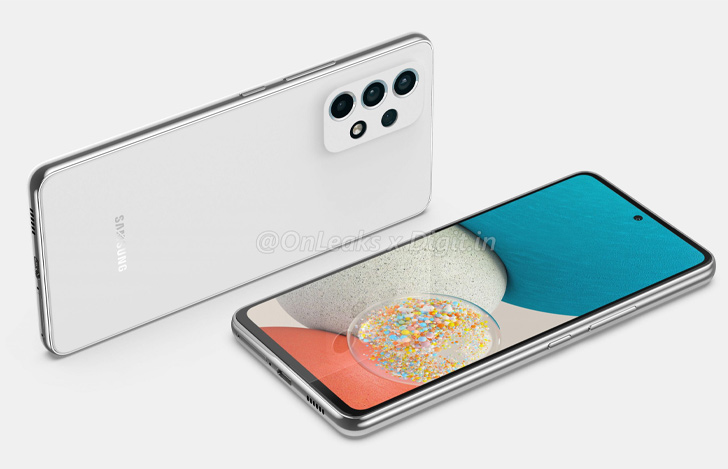 The photos in question were leaked by 91Mobiles, supposedly taken inside a production plant. They showcase the front and back panels of the successor of the Samsung Galaxy A52 before assembly. Product mockups informed by prototypes line up perfectly with the Galaxy A53 seen in these shots.

As expected, Samsung has been very conservative with the design changes this year. The only remarkable feature would be the softer edges of the camera housing. You can also make out the same cluster of five cutouts meant for four lenses and LED flash. 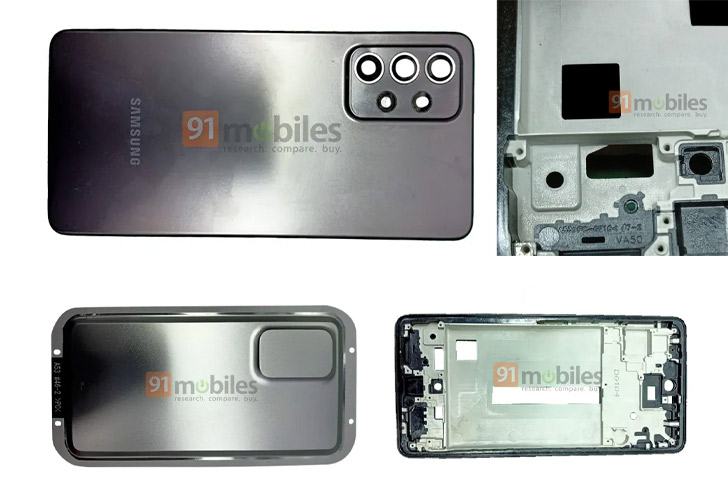 The front panel has a hole punched right through it. Also, note the distinct lack of a headphone jack on this build. It all but confirms the rumors that Samsung is ditching the 3.5mm audio port on its popular Galaxy A phones. Besides the graphite finished A53 in these images, the phone also comes in blue, white, and orange shades.

TENNA signed off on the latest Samsung Galaxy mobile A53 under the model number “SM-A5360.” The relevant documentation contains system specs and three previews of the phone. The previews also match the leaked photos. As for the specs, there are no surprises. 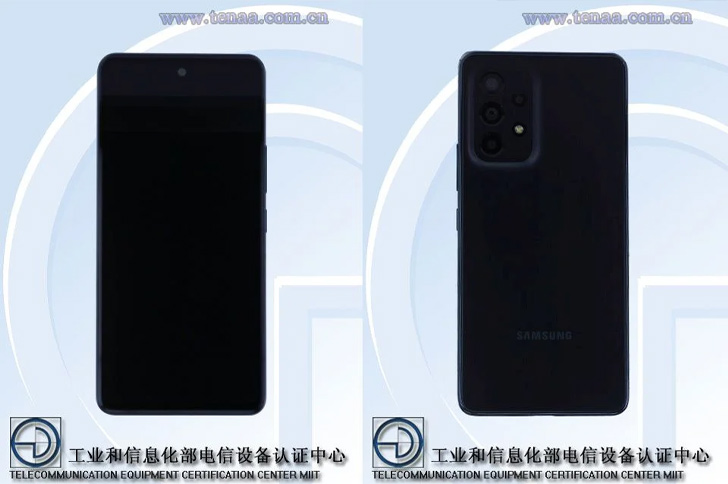 Samsung is switching to Exynos silicon. At its heart, the Galaxy A53 features the Exynos 1200 chip. You get 8GB of memory and 128GB/256GB of internal storage. Android 12 OS x One UI and a 5000 mAh battery power the phone. The charging support peaks at 25W.

The screen is a 6.46” panel that delivers a 1080P resolution and fills a 20:9 aspect ratio. One 32MP camera is embedded in this display. The four-camera system on the back comprises a 64MP wide-angle lens, a 12MP ultra-wide shooter, and two 5MP cameras.