It's only been a few months since the launch of the Samsung Galaxy A13, and the Korean tech giant has already started working on the next-gen, entry-price Galaxy A14. A few renders and alleged device specs have surfaced online, showing what this device has in the bag for us. 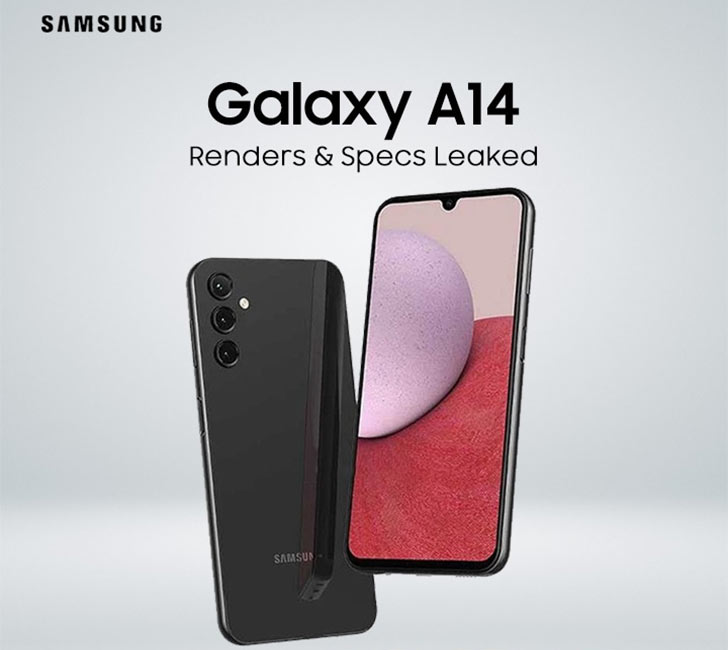 Upon first glance, the Samsung Galaxy A14's display dominates. It has a U-shaped notch that nicely melts into the screen. The bezels are thin and almost symmetrical, with a slightly disproportionate chin. Beveled edges are as usual, but the backplate is flat, giving it a slender appearance.

Three camera lenses straight-off pop out of the phone's shell. Adjacent to volume rockers, the power-key doubles down as a fingerprint reader. As an entry-level phone, it comes with a 3.5mm audio jack next to a Type-C jack and speaker grill. 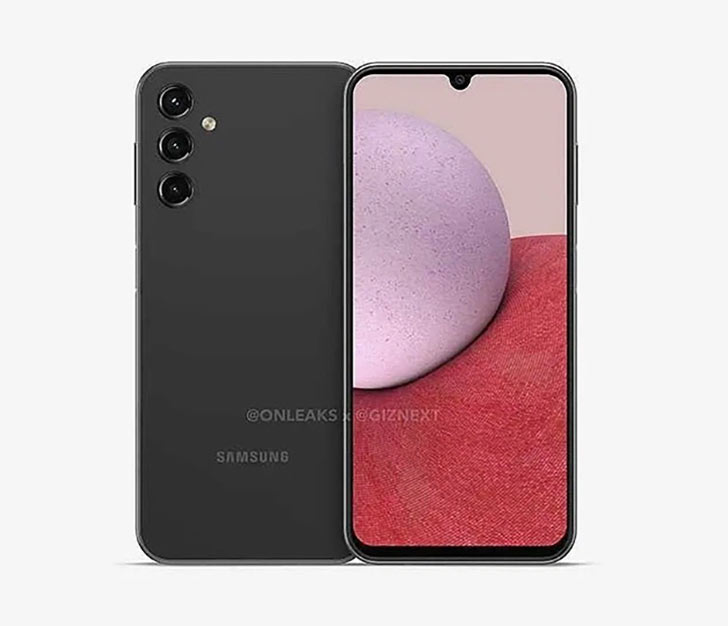 Presumably, the front array on Galaxy A14 is 6.8-inch across, IPS LCD in nature, and supports FHD+ resolution. The mockup render shows deep black skin on the device, but once announced, more colors will be added to the Samsung rate list. And that's about it for the new stuff. Its internal specs might align with the former galaxy A model. 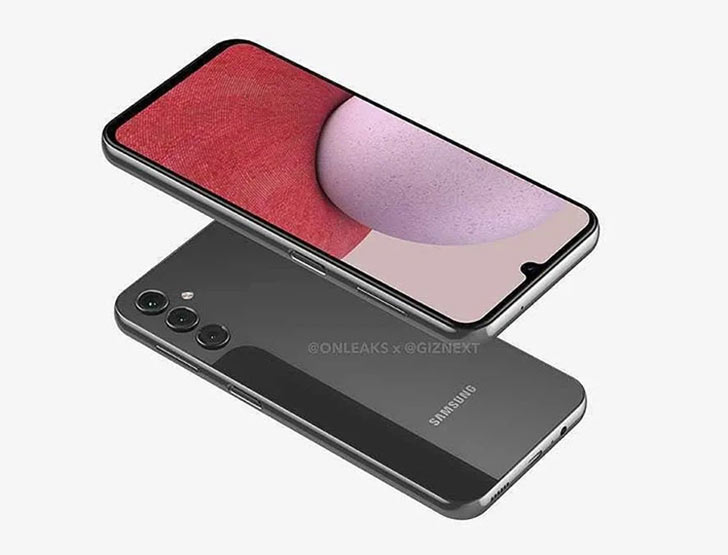 The phone had 195 grams of weight with the hull made of plastic. Having launched in 4G and 5G, it became the company's cheapest 5G model. European tipsters are claiming that the upcoming model might replicate the same pattern.