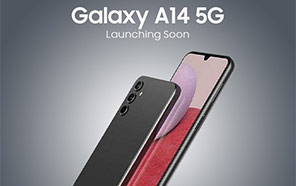 A new Galaxy A-series smartphone will emerge from Samsung's budget catalog soon. It's under every tipster's radar and has built-up much anticipation in the community. The phone in question is the Samsung Galaxy A14 5G, and it just got listed on Bluetooth SIG, hinting at an imminent launch. 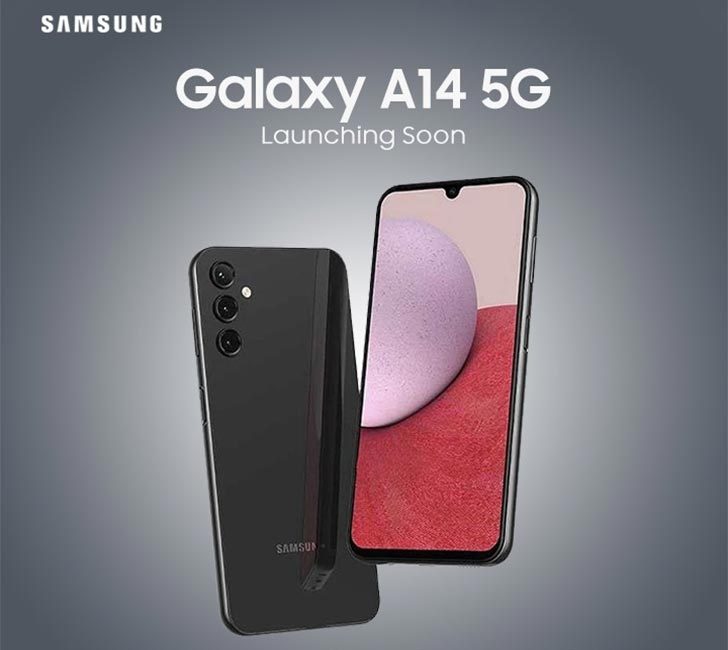 The entry on Bluetooth SIG also affirms the rumored "Galaxy A14 5G" moniker. Notably, it will sport the latest Bluetooth 5.2 version. Apart from segregated model numbers and the BT module, A14's listing does not reveal anything interesting. 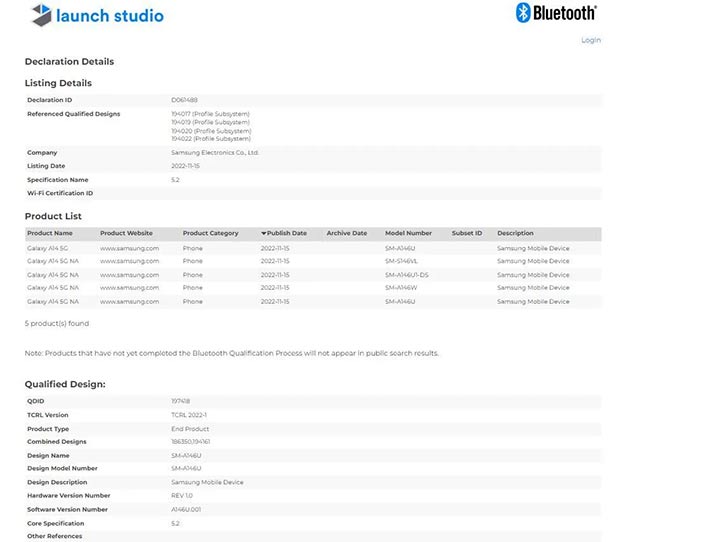 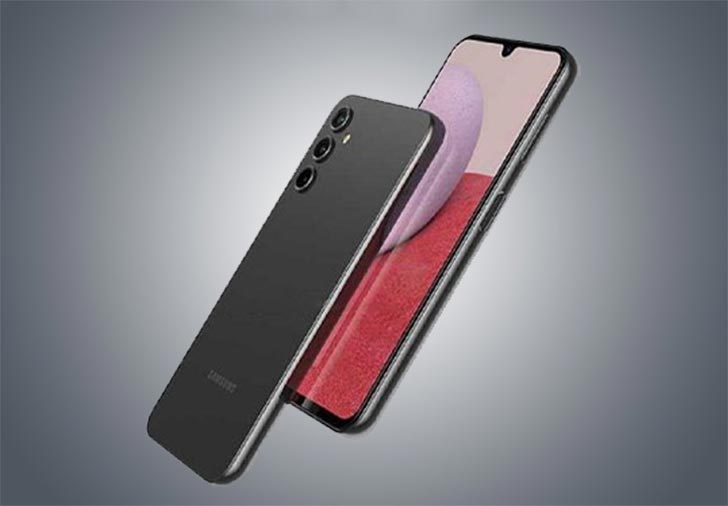 Galaxy A14 5G, allegedly, has a big IPS 6.8-inch display spanning corner-to-corner with FHD+ resolution. In contrast, the former 5G variant of the Samsung Galaxy A13 carried a 720p display with standard 6.5-inch screen size.

Moreover, the Korean Giant is reportedly planning to launch the Galaxy A14 exclusively with 5G, so the 4G variant might get discarded. We still need to find out the phone's SoC, battery, and memory configuration. Renders that keep popping up reveal a type-C port under the screen, followed by a side-mounted fingerprint scanner and a 3.5mm headphone jack.

A14 5G trails the alleged design footprint of the Galaxy S23 series. Although the price is still under wraps, rumor mill believes that this phone might be the cheapest 5G phone from the brand. If you are in a hurry and don't want to wait for the budget 5G handset, the 4G predecessor of the A14 is up for grabs in the local market. you can always check out the Samsung Galaxy A13 Price in Pakistan and specs.