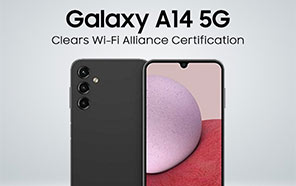 Reportedly, Samsung has an unannounced budget A-series 5G phone in the pipeline, ready to deploy. Galaxy A14 5G, as they call it, might launch side-by-side with Galaxy A04e and M04. The Wi-Fi Alliance certification link recently updated its database with Samsung Galaxy A14 5G's entry. An official debut must be on its way. 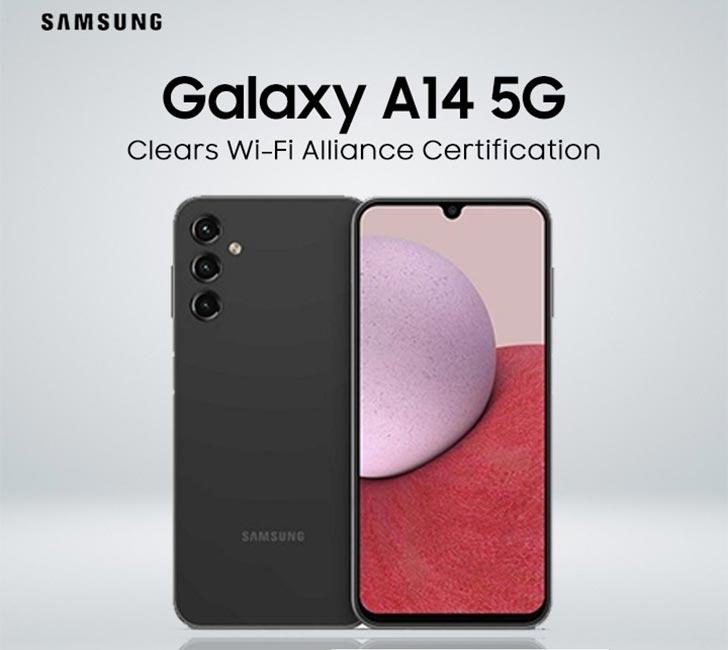 A14 5G is to debut as the cheapest 5G smartphone from the company. The Wi-Fi Alliance certification website lists the upcoming Samsung Galaxy A13's successor under model SM-A146P. The listing does not reveal much in terms of hardware specs but does state that it will support 2.4GHz and 5GHz Wi-Fi.

The file also mentions that the A14 5G will come pre-loaded with Android 13, which should have One UI 5.0 skin on top. An earlier report shared the smartphone's renders, revealing its design and a few key specs. Let's have a look. 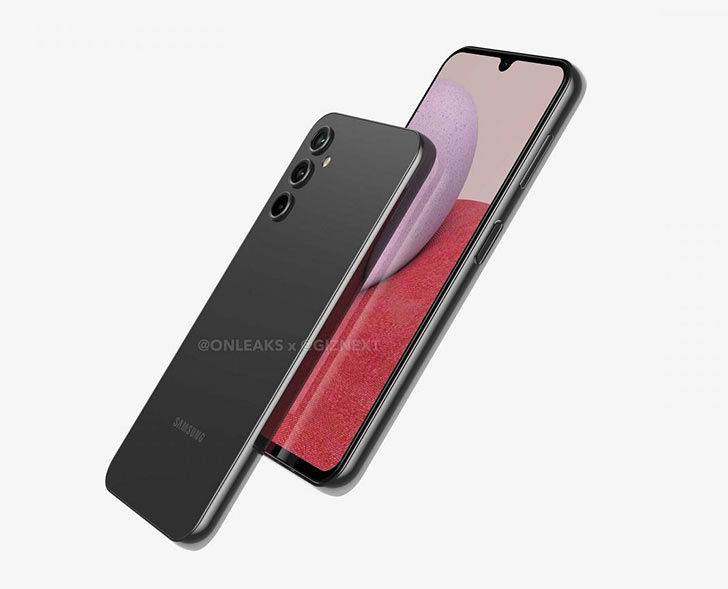 The render showcases a waterdrop notch on top and a thick chin. The volume rocker and power button are on the right side. Despite its entry-level nature, the Samsung brand-new model retains the treasured USB-C port and a 3.5mm headphone jack. A camera trio lives on the back of the phone. 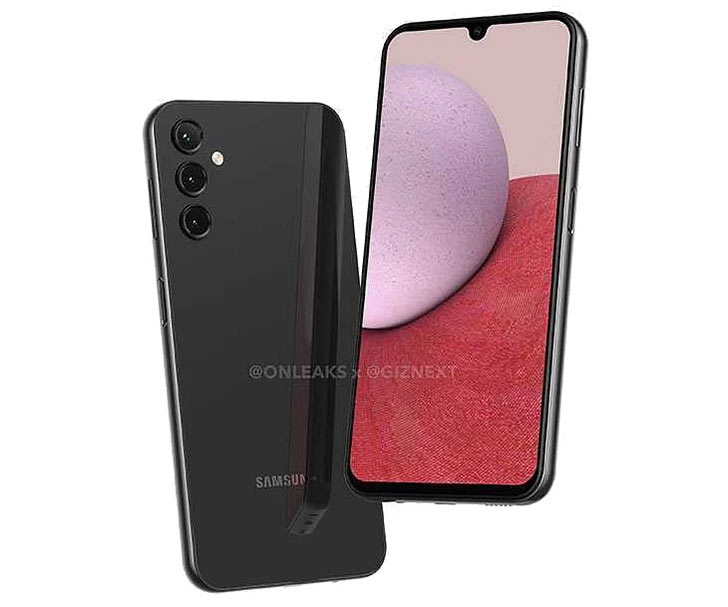 According to rumors, the front array on Galaxy A14 is 6.8-inch across, IPS LCD in nature, and supports FHD+ resolution. The mockup render shows deep black skin on the device, but more options should be available upon release. Since it's from the brand's entry segment, Its internal specs might align with the former Galaxy A model.

The parent Galaxy A13 comes in Blue, Peach, White, & Black skins and weighs only 195 grams. Having launched in 4G and 5G, A13 became the company's cheapest 5G model. Some European tipsters say the upcoming model might follow the same pattern.