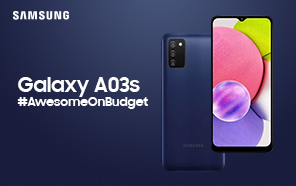 Galaxy A03s is an upcoming entry-level phone that has been featured in leak after leak. The rumor mill shared almost every relevant detail of the Samsung Galaxy A02s successor except the launch timeline. Most recently, a press image showcasing the phone in three different colors surfaced online. 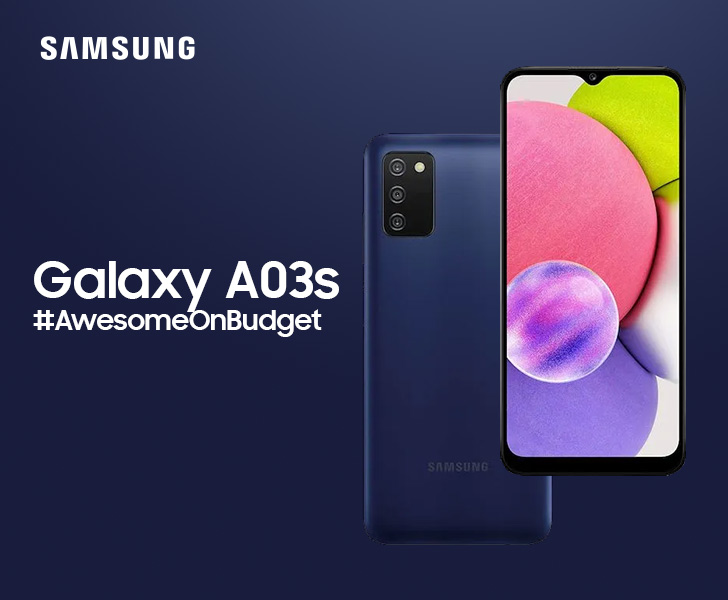 Courtesy of 91Mobiles and the phone leaker Ishan Agarwal, we learn that the Samsung Galaxy A03s is offered in navy blue, dark gray, and pure white options. The previous-gen A02s had a geometric finish on its backplate, but the Galaxy A03s sports a plain, nondescript design.

Three lenses are housed inside its squarish camera cutout. Rumor has it that it’s a set of 13MP wide, 2MP macro, and 2MP portrait sensors. Out on the front, we find a 5MP camera contained inside a notch. Galaxy A03s has a basic setup lacking even an ultrawide lens, so there is little to remark on the optics performance.

The screen is similarly underwhelming. We’re looking at a 6.5” notched display. The new addition to the Samsung price list has a 720P TFT panel that doesn’t offer consistent viewing angles or a high contrast ratio. The Galaxy A03s retains the aspect ratio of 20:9, however. 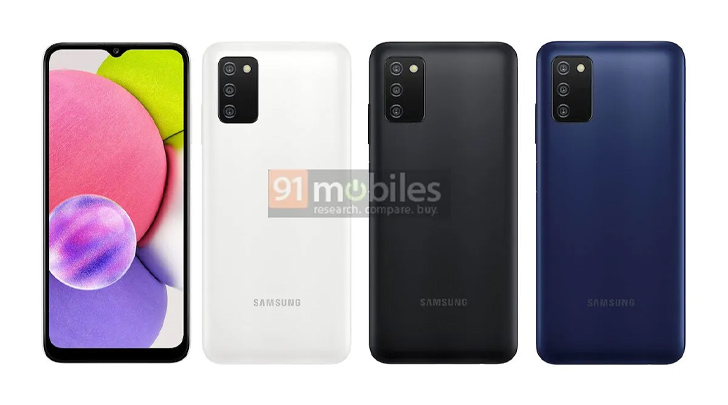 At its heart, the Galaxy A03s has the old-gen MediaTek Helio P35. It’s a step up from the Qualcomm Snapdragon 450 that powered the last generation A02s. The Galaxy A02s also lacked fingerprint security, but the A03s addresses that with a side-facing thumbprint reader.