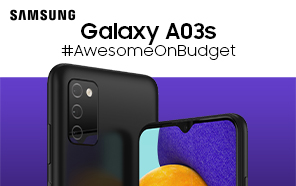 The sequel to this year’s Samsung Galaxy A02s, the Galaxy A03s, is already in the works. No official word is out, but the A03s was featured in leaked product mockups. It’s yet another entry-level Samsung, but with a few much-needed upgrades. 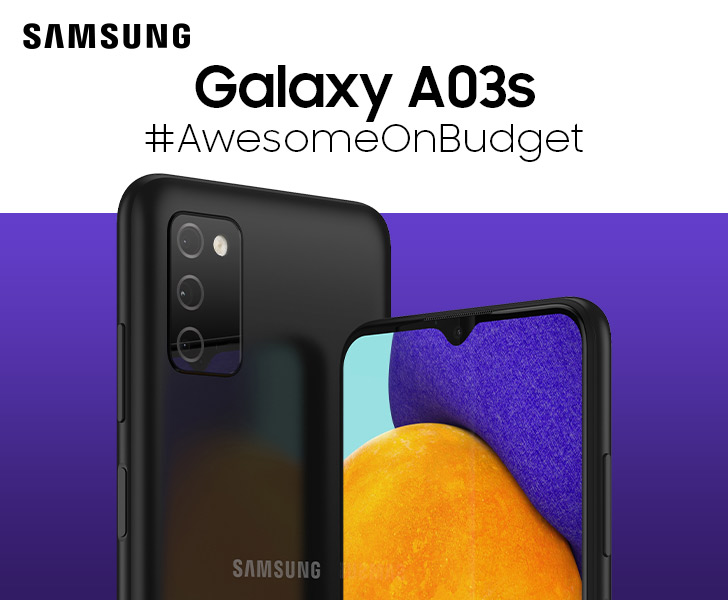 Steve Hemmerstoffer, better known as @OnLeaks, partnered with 91Mobiles to report the images and specs for the Samsung Galaxy A03s. Mr. Hemmerstoffer has a long record for Samsung-related leaks, so we might be looking at the finalized design.

Despite coming out in June this year, the A02s feels out of place in 2021 with its distinct lack of fingerprint security and old-gen micro-USB interface. But the Galaxy A03s resolves both with a side-facing thumbprint reader and a new USB-C port. Save for these features, nothing much has changed.

The shell of the Samsung new model 2021 is curved with a matte finish and a rectangular camera plate. It features three lenses stacked in a line; out on the front, there’s a notch bleeding into the screen and a bulky chin flanking it. The battery isn’t specified, but the A03s is 9.1mm thick, so it could be packing at least a 5000 mAh cell. 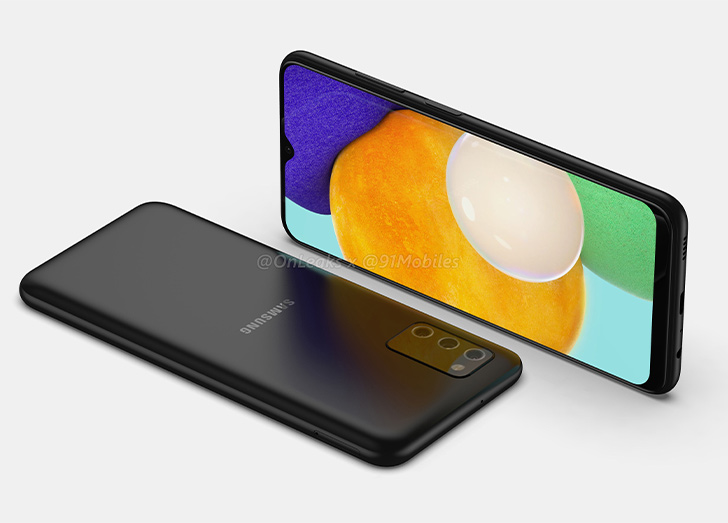 According to @OnLeaks, the display is an IPS LCD that stretches 6.5” across. Its resolution could still be capped at 720P. The camera in the notch is 5MP.

On the back, you get a 13MP main camera and a pair of 2MP sensors. A storage expansion slot and a 3.5mm headphone jack are also built into the Galaxy A03s.