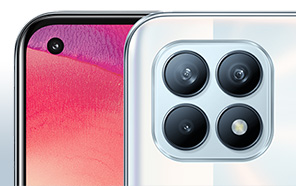 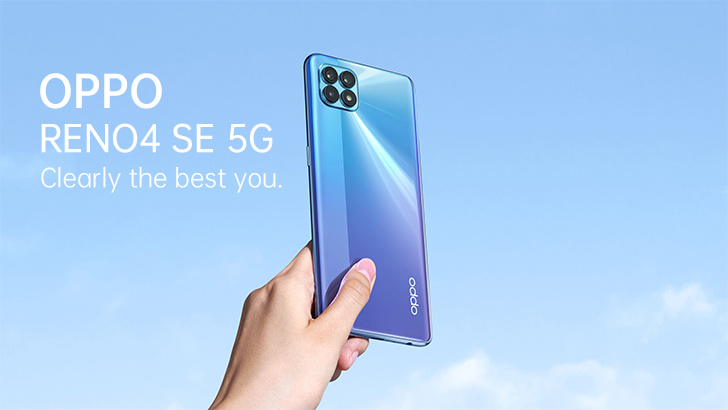 Oppo’s flagships and mid-rangers are equal parts technology and fashion statements, and the Oppo Reno4 SE is no different. We start with a sleek, featherweight body that weighs 169 grams and is only 7.85mm thick. The camera, embedded inside a squircle camera plate, has a matrix layout.

A sunburst overlay stretches out from underneath the camera housing, extending through the half-tone ‘glasstic’ back. It has sharp, chamfered edges and round corners, available in Super Flash White, Super Flash Blue, and Super Flash Black.

The Oppo reno 4 SE display is bound inside wafer-thin bezels and has a noticeably tiny hole-punch in the corner. It’s an AMOLED screen that produces an FHD+ resolution, a 20:9 aspect ratio, and a 90.8% screen-to-body ratio. While it operates on the standard 60Hz, the touch sampling rate is a responsive 180Hz. 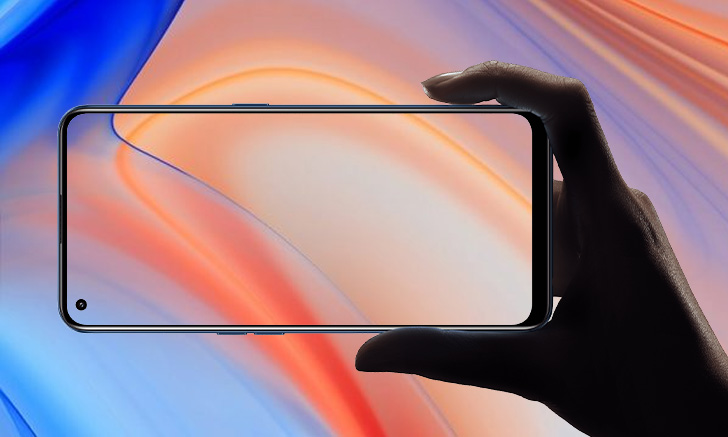 Three cameras are mounted on the  Reno 4 SE's back: a 48MP main camera with AF and a big f/1.7 aperture, an 8MP wide-angle camera that captures a 119° Field-of-View, and a dedicated macro lens. For selfies, the handset has a 32MP front camera. The software powering this setup features Electronic Image Stabilization (or EIS), night mode, and AI beautification. 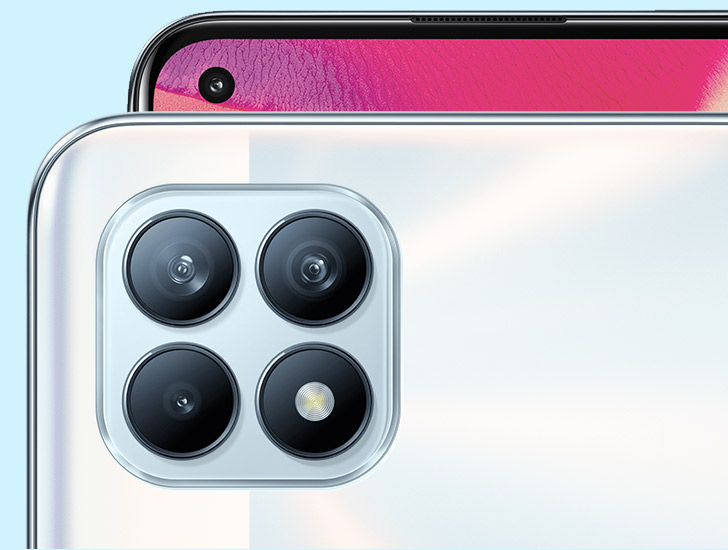 The 4,300 battery is split into two cells to charge it over the SuperVOOC 2.0 65W Flash Charge technology. It can fully charge the phone in only 37 minutes, leaving many flagships in the dust.