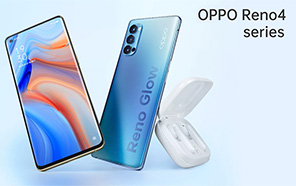 The Oppo Reno 4 and Oppo Reno 4 Pro have now been released following a month-long promotional campaign. The flagship duo shares a design language and camera-first builds. Here's a breakdown 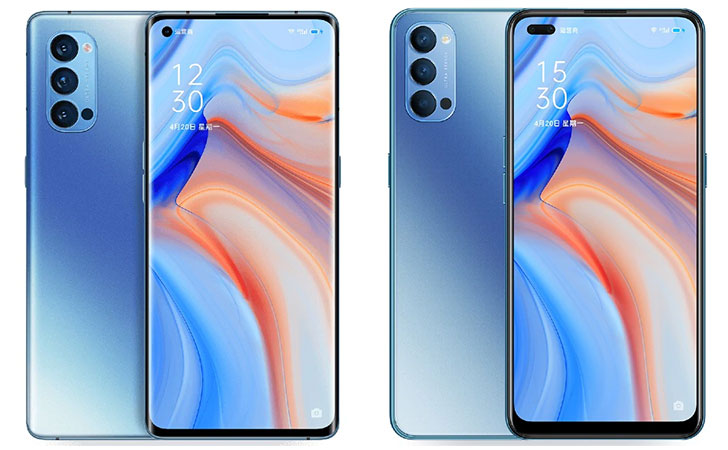 Let's start with the 'Pro' edition. Its screen is 3D curved (Oppo calls it hyperboloid), and melts into the edges all around – which themselves are razor-thin and pushed further back. The 6.5" screen is an OLED panel; it produces 90 frames a second, and a 1080P resolution. It also has a minuscule punch-hole in the corner. 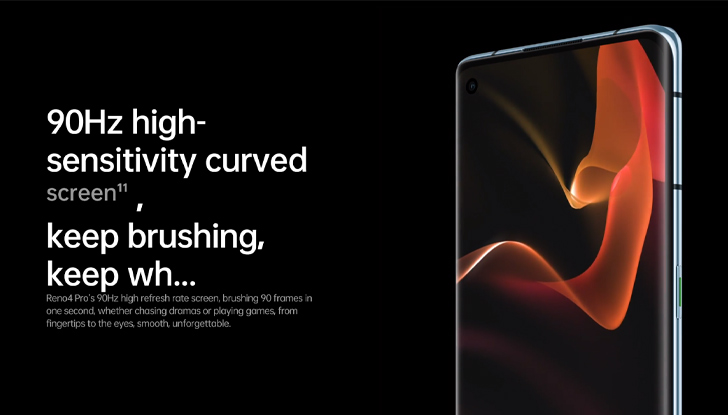 Oppo has designed it with a focus on an 'Ultra-thin' featherweight build – it weighs 172g and is only 7.6mm thick. The rear-facing panel has a glittered texture, polished and painted in Crystal Diamond Blue, Crystal Diamond Red, Dream Mirror Black, Titanium Blank, and Midsummer Fluorescence (it's limited edition). Oppo's branding and text that reads 'Reno Glow' (pointing to the crystal drilling which is used to etch the design in) along the length of the cover. 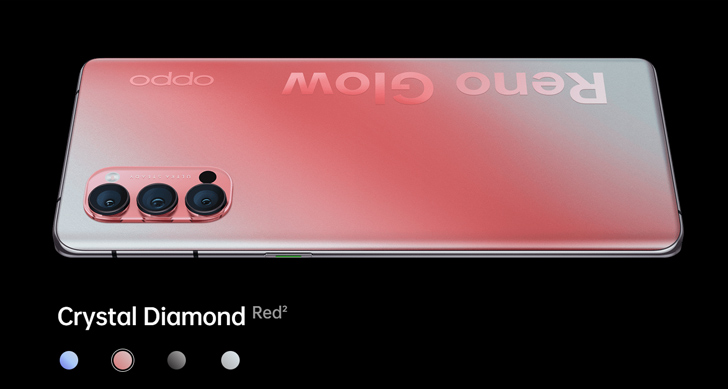 The camera is made of three lenses stacked on top of each other inside a squircle bump. It uses a 48MP OIS-supported sensor, a 12MP ultra-wide-angle camera, and a 13MP telephoto lens – that allows for 20x digital zoom. This three-shot setup is flanked by a laser focus assist. The selfie camera can capture 32 million pixels, augmented with 'AI Smart Beauty.'

It's been equipped with Qualcomm's Snapdragon 765G processor that supports SA/NSA dual-mode 5G that can be used alongside Wi-Fi to boost downlink speeds up to 3.7Gbps. The phone is powered by 65W flash charge and a 4,000 mAh battery, fully charged in 36 minutes. It comes in 8GB + 128GB and 12GB + 256GB previous-gen configurations.

The standard edition has a pill-shaped cutout and a flat display instead. It's smaller, measures 6.4 inches, and operates on an unexceptional 60Hz refresh rate. And you can pick from Crystal Blue, Dream mirror black, and Taro Purple shades. The camera setup is identical, save for the telephoto module, which is replaced by a 2MP mono lens. 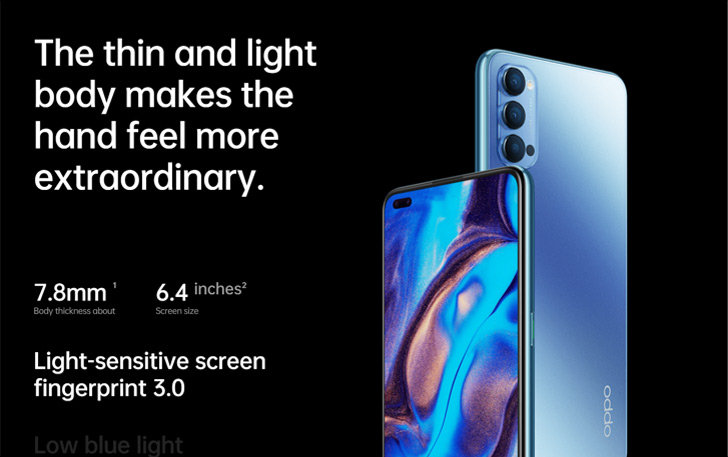 The Reno 4 shares its processor, battery, and fast charging with the 'Pro' version. And it also ships with the ColorOS 7.2 based on Android 10.