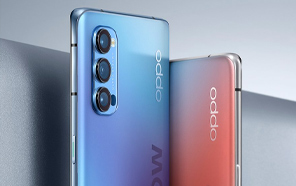 It has been a busy year for Oppo so far since the Chinese OEM has been introducing new smartphone models left and right – many of these come at flagship Oppo Prices. It recently released the Oppo Reno 3 series for the Pakistani market, and Oppo isn’t slowing down. It has already started teasing the sequel to the Reno 3 family, the Reno 4 series. Additionally, the specifications sheets for the lineup have been leaked and further corroborated by their respective TENNA listings.

The OPPO Reno 4 family includes two editions: the Reno 4 and the Reno 4 Pro. The duo seems to share a single design language down to the individual camera placements. The Reno 4 has been photographed in live hands-on shots, so let’s start there.

Its rear-shell reads ‘Reno Glow’ running across the edges of the panel, pointing to the design it sports. You’re looking at a multi-colored textured surface that glistens in a range of gradients at different angles. 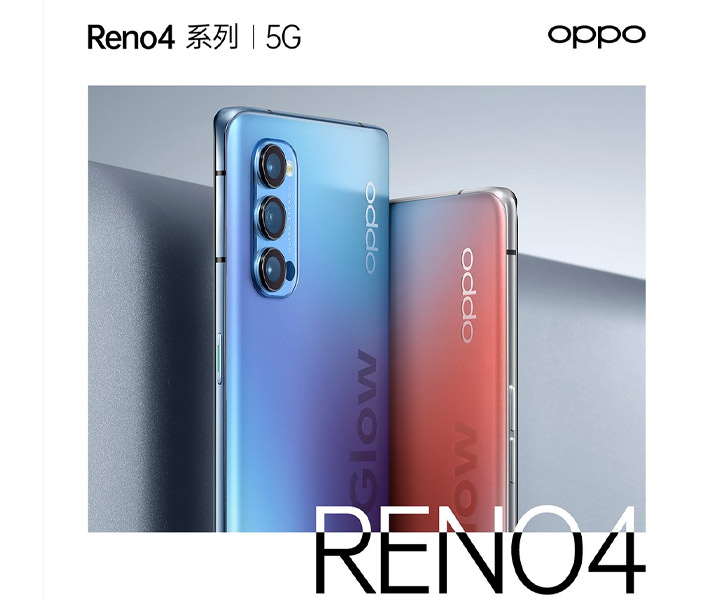 The quad-camera is seen laid-out inside a more confined bump. Three lenses are stacked vertically on top of each other – with well-defined and symmetrical borders. The fourth sensor (which seems to be a laser autofocus module) sits adjacent to the three cameras, under an LED flash. Though it remains unseen as of yet, the TENNA listing describes a 6.43-inch display featuring a 32MP selfie camera (very possibly housed inside a punch-hole cutout). 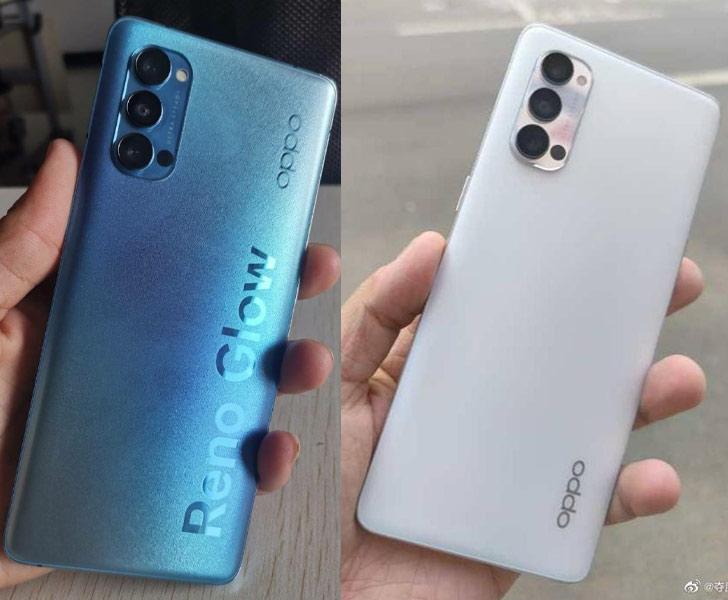 The camera setup on the back uses the following combination: 48MP + 8MP (ultrawide) + 13MP (depth).

The Oppo Reno 4 Pro, on the other hand, is shown featuring a punched display that incorporates the same front-facing sensor. The screen itself stretches 6.55 inches across and curves ever-so-slightly around the edges, as opposed to the flat panel on the standard edition. Oppo has also lopped off the 3.5mm headphone jack. 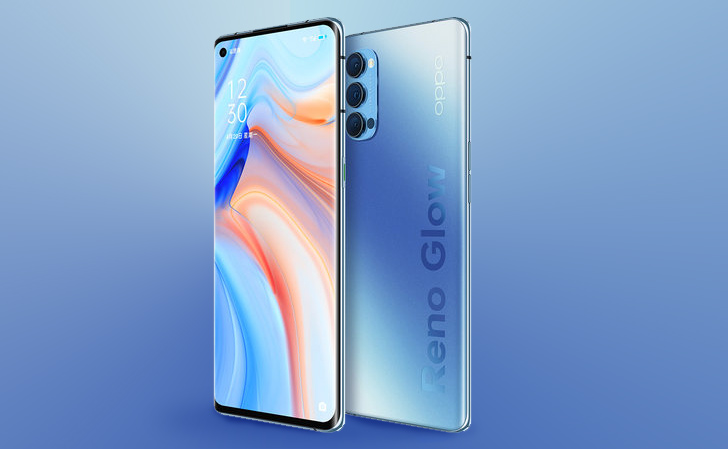 The Pro variant has a more robust camera. It uses an OIS-powered 48MP camera and combines it with a 13MP telephoto camera and a 12MP lens designed for low-light videography.

Much like their designs, the duo also shares the same Snapdragon 765G chipset, the 4,000 mAh battery, and its supporting 65W fast charging. The oppo price tags are not yet out, however, Reno 4 Pro comes with an 8GB/128GB and 12GB/256GB configurations, while the base version is available in 8GB/128GB and 8GB/256GB options.