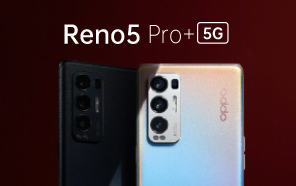 OPPO Reno 5 Pro+ Launches on December 24; Snapdragon 865 and a Back That Changes Color!

If you haven’t been following the story, Oppo unveiled the new Reno 5 series in China yesterday. It featured Oppo Reno 5 Pro 5G and the standard Reno 5 5G. But with this season, Oppo is also introducing a premium ‘Pro+’ edition. The Reno 5 Pro+ is coming on December 24. 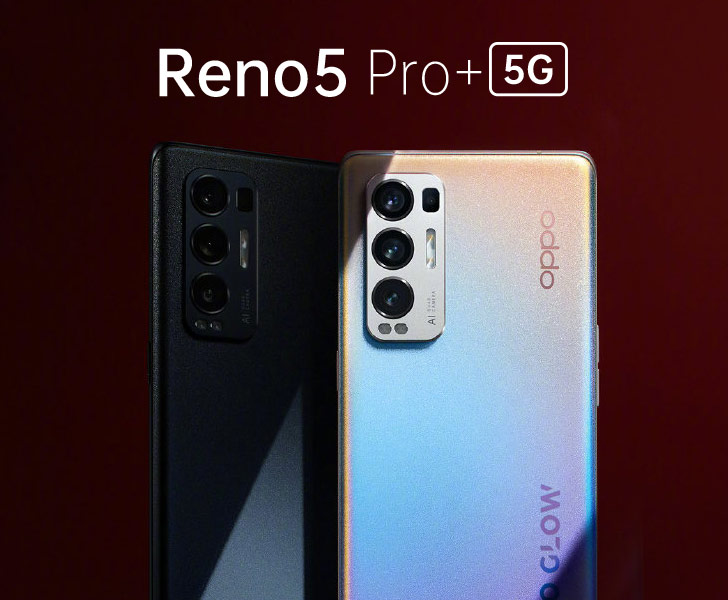 Oppo has already teased the design of the Oppo Reno 5 Pro Plus on the Chinese microblogging site, Weibo. It shows a robust and elaborate camera system and a familiar look in a new sandstone finish.

The company hasn’t officially confirmed it, but rumor has it that the Reno 5 Pro+ features a very innovative ‘electrochromic’ build. What it essentially does is let you adjust the color of the back panel to your liking. Vivo teased a similar color-shifting concept in September this year. 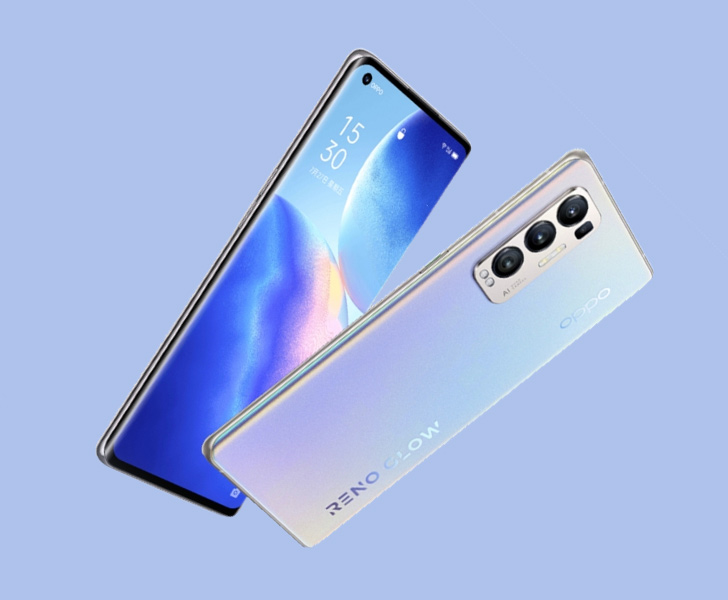 Oppo Reno 5 Pro+, according to the prolific phone leaker, DigitalChatStation, runs on Qualcomm’s flagship Snapdragon 865 chipset. A 4500 mAh battery with 65W SuperVOOC 2.0 fast charging backs it up. The technology fully charges your phone in under 35 minutes by splitting the battery into two cells. 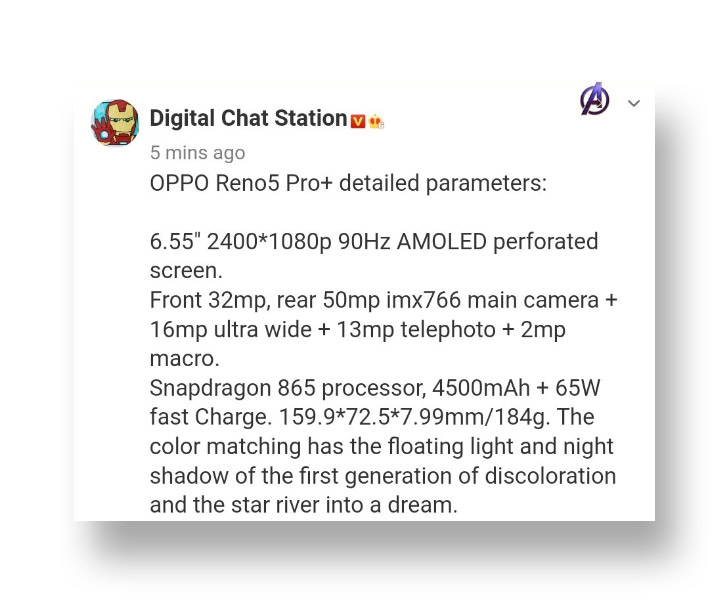 Out on the front, Reno 5 Pro+ has a 6.5” OLED curved screen. It comes with a hole-punch in the corner, 1080P resolution, and a fluid 90Hz refresh rate. A 32MP selfie camera lives inside the hole-punch.

Oppo lopped the telephoto camera off the Reno 5 Pro (which its predecessor had). But as the leaker notes, the Pro+ has inherited it. Of the four cameras on the back of the phone, the primary one has a Sony-manufactured 50MP IMX766 sensor. A 13MP telephoto lens (with an optical zooming range of at least 2x) and a 16MP ultra-wide camera join the Sony sensor. A 2MP macro sensor is present. The camera housing juts out the back, resembling Samsung’s new Note 20 series.