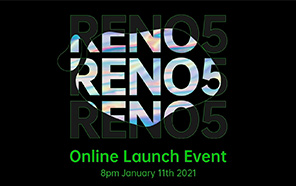 Oppo Reno 5 is Launching in Pakistan on January 11; Oppo Fans Offered a Chance to Win the Phone

Oppo Reno5 4g is launching in Pakistan on January 11th, official sources announced on social media. The event will be virtual, and by participating, you get a chance to win yourself a Reno5, along with other surprise gifts. 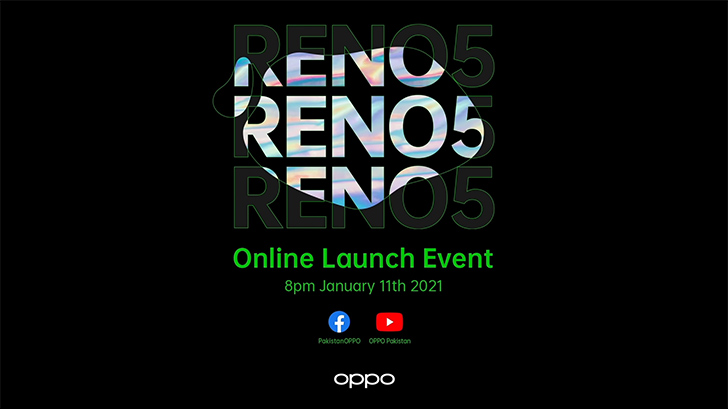 Reno5 is already up for pre-ordering on Oppo Pakistan’s website. You can tune into the live event on either Facebook or YouTube, at 8PM on Monday. And share the promo posters published on Oppo’s social media to win an OPPO Reno5.

Oppo has made minimal changes to Reno4, specs and design alike. The Reno5 has the same Snapdragon 720G chip, 8GB of memory, and 128GB of storage inside. It looks virtually identical to the model from last year, except for the less conspicuous single hole-punch in the screen. Which itself is still a 1080P 6.43” AMOLED screen with an integrated fingerprint scanner. 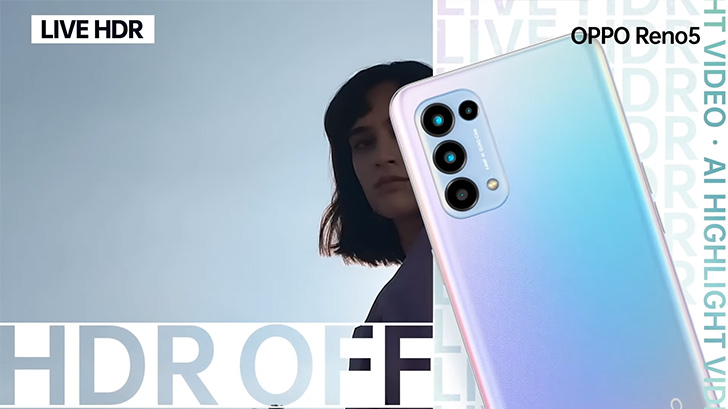 But, the screen now peaks at a refresh rate of 90Hz and 600 nits of brightness. It’s also toughened with Gorilla Glass 3. The SuperVOOC fast charging technology now charges the device over 50W instead of 30W, shortening the charging times. The battery itself has grown from 4015 mAh to 4310 mAh. Compared to the 165g build of the Reno4, the Reno5 is slightly heavier at 171g.

Reno5 has the same primary lens as last year, but it now has a higher-res 64MP sensor behind it. In a similar vein, the front camera resolution has been upped to 44MP, while retaining the same aperture. The 8MP 119˚ wide-angle cam and the 2MP depth and macro duo are carried over wholesale.