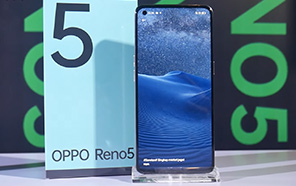 The new Oppo Reno5 series continues to grow. Following the still-recent Reno5 Pro+, the Reno5 4G is launching soon — likely before the year ends. It’s a refresh of the Reno4 4G from July this year. And it was just featured in a hands-on early impressions video. Let’s take a look. 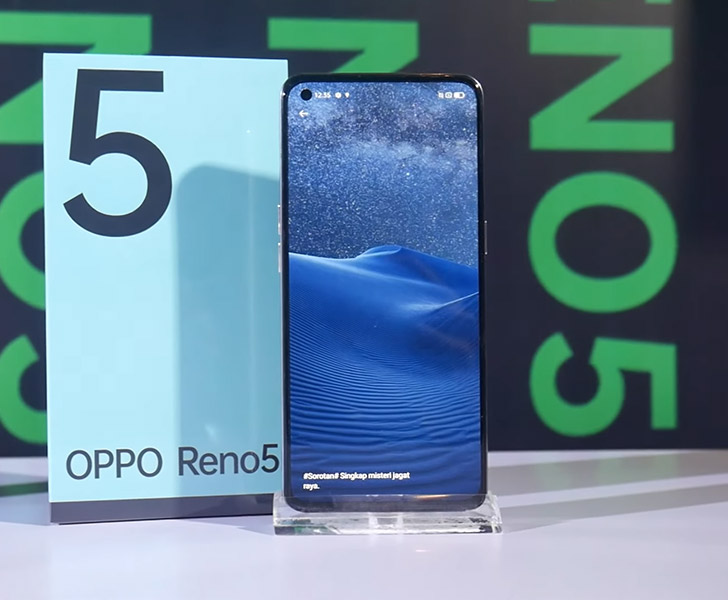 Among others, the Indonesian certification authority TKDN certified the Reno5 4G. Evidently, that’s where the phone is debuting, but we don’t have the launch timeline. The Indonesian blog, Nextgen Grid, published the clip on YouTube. It’s presumably shot in an Oppo store. Our host gives us a tour of the Reno5 4G. Not to mention a side-by-side design comparison with the Reno 4 4G.

Oppo has lopped off the wide pill-shaped hole you see in the Reno 4 display. A far less intrusive hole-punch takes its place, bumping up the screen-to-body ratio in doing so. But, that’s where the radical design changes end.

The shell still shifts hues when viewed from different angles, except Oppo has added sandstone texture to Reno5 4G. Also, while the design language and layout are virtually identical, the 48MP standard wide camera gives way to a 64MP sensor. An 8MP ultra-wide and a pair of 2MP sensors join it. Overall, a nice addition to the Oppo price list. 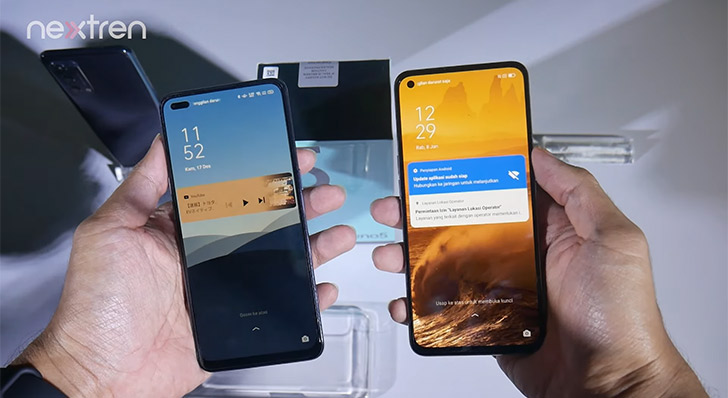 The Oppo Reno5 inherits its 6.4” FHD+ OLED screen from its predecessor. However, the standard 60Hz refresh has been upped to 90Hz. It’s covered in Gorilla Glass 5 and has a fingerprint scanner embedded into it.

The video doesn’t go into the Oppo Reno 5's internal specifications. But courtesy of the Twitter phone leaker @Sudhanshu1414, we’ve learned that the Snapdragon 720G chipset is being carried over from the Reno4 4G. It works with 8GB of memory, 128GB of storage, and a 4310 mAh battery (that supports faster 50W SuperVOOC charging). Plus, Oppo is shipping the phone with the latest ColorOS 11, based on Android11.