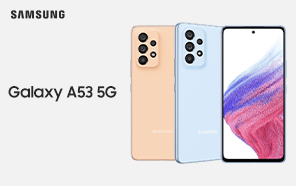 We’re still weeks away from the official debut of the Galaxy A53 5G. But there won’t be many surprises at the launch event because the rumor mill has uncovered almost every relevant detail on the upcoming successor of the Samsung Galaxy A52. We’ve already seen leaked press images of the phone in black and white colors. And the source has now followed up with the remaining two options. 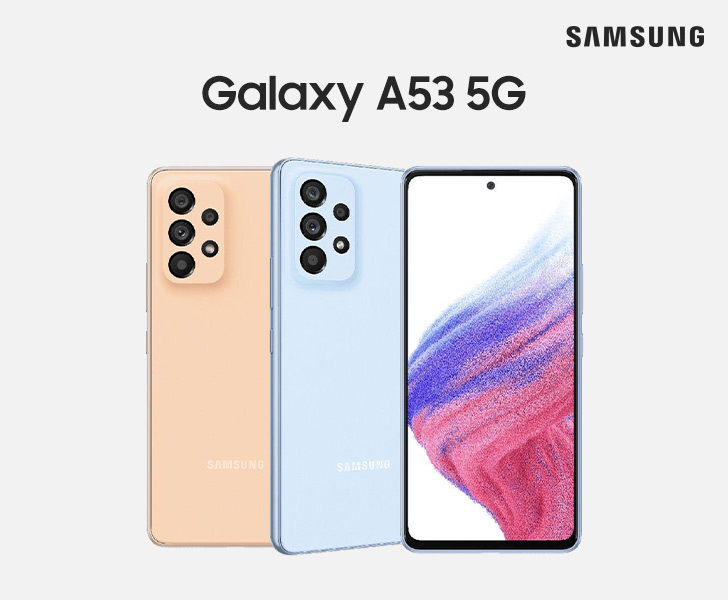 The German publication posted the official press mockups of the Galaxy A53 in Blue and Orange shades. The White, Black, and Blue editions were introduced last year too. But the matte orange is a new colorway. Also, note the camera island softly blends into the casing now.

Turn the Galaxy A53 over to find an Infinity-O AMOLED screen and minimal bezels around it. It’s a 6.52” 1080P display peaking at a 120Hz refresh rate. The quad-camera on the back features 64MP primary, 12MP ultrawide, and two 5MP macro and portrait lenses. 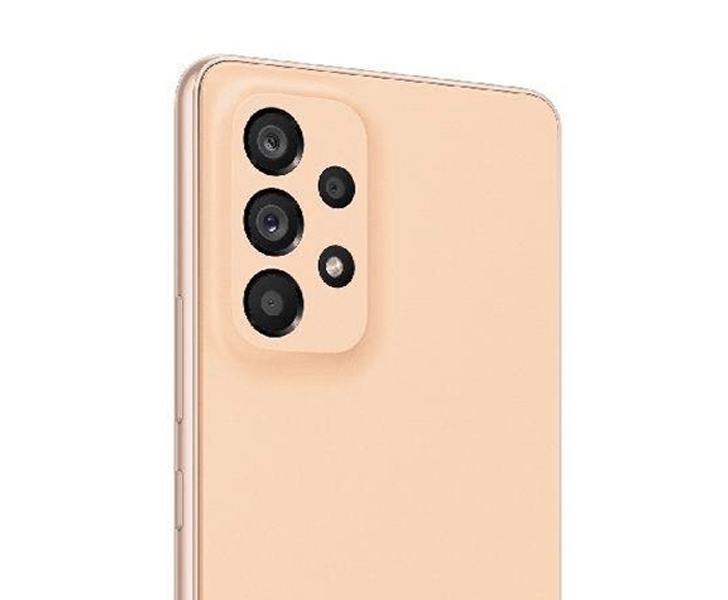 Instead of Qualcomm silicon, the Exynos 1200 does all the number-crunching inside the new Samsung A mobile this year. It’s an unannounced chip that will debut with the A53, and Samsung has paired it with 6GB/8GB memory and 128GB of expandable internal storage.

A 5000 mAh battery and 25W charging support powers everything. But rumor has it that the charger in the box is limited to 15W. Samsung is also removing the headphone jack from the phone this year.