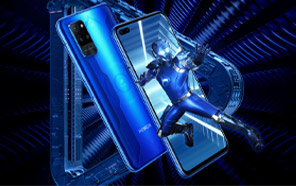 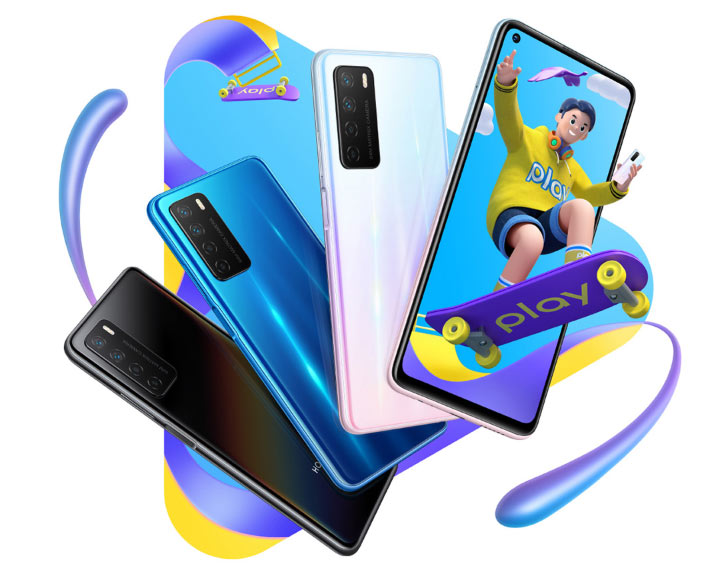 The base edition has a giant 6.81” display that’s punched in the corner and delivers an FHD+ resolution. Flip it over to find an iridescent, luminous rear-facing panel that comes in Iceland Phantom, Phantom Blue, and Phantom Night Black colors. 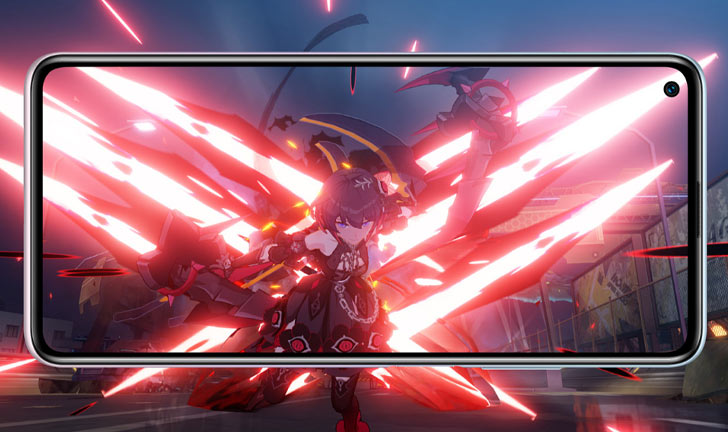 Its quad-camera is arranged in a vertical layout inside a lengthened camera bump. The primary camera uses a 64MP sensor, coupled with an 8MP super-wide-angle lens, and a pair of 2MP macro and depth-assist sensors. 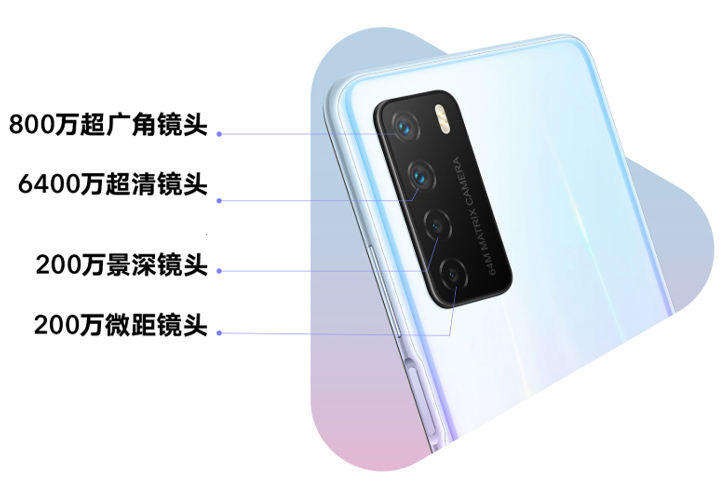 Honor has picked the Dimensity 800 5G chip for the Play 4 and augmented it with ‘VC Liquid Cooling’ and twelve-layer heat dissipation tech. Combined with the processor is a 6GB/8GB + 128GB configuration.

Oddly enough, the ‘Pro’ edition has the smaller 6.57” IPS LCD FHD+ panel that is punched in a pill-shaped cutout to house the phone’s dual selfie-camera: a 32MP primary camera + an 8MP wide-angle lens. The screen produces an FHD+ resolution and a 386PPI. 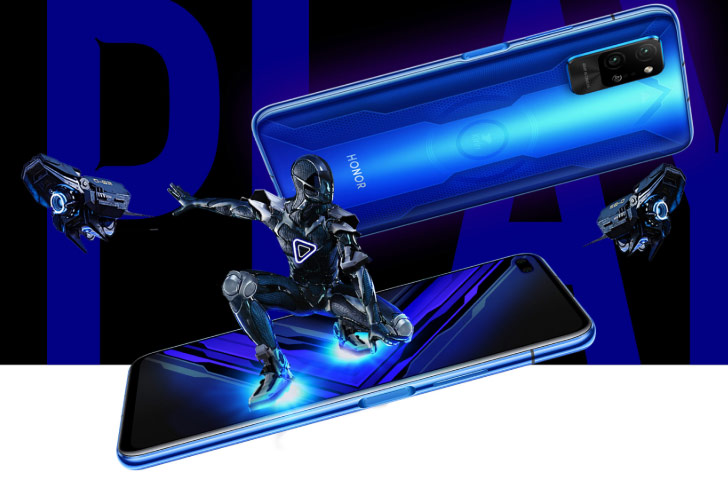 The camera housing isn’t as oversized as the standard model, and it’s made of a 40MP primary Sony IMX600 camera and an 8MP telephoto camera that allows for up to 3x optical zoom. The setup is OIS and laser autofocus supporting.