Vivo's V20 launched in Pakistan earlier this month, and the series is now being rounded with the ‘budget-friendly’ Vivo V20 SE edition. Our sources inform WhatMobile that the phone is debuting in Pakistan on November 5. Let’s take a closer look at it.

Where Vivo V20 is a premium mid-ranger with its Rs. 59,999 price tag, the V20 SE falls into the lower-mid bracket. It doesn’t have the headlining eye-focus feature or the sleek ‘AG Glass’ design that V20’s marketing is centered around.

Its aesthetics are underwhelming and bland. The back is plastic, painted in blue and black mirror-style finishes. It does adopt the lightweight build that the standard edition has — at 171g and 7.83mm. That said, the back of the phone looks entirely different from the V20 and V20 Pro. 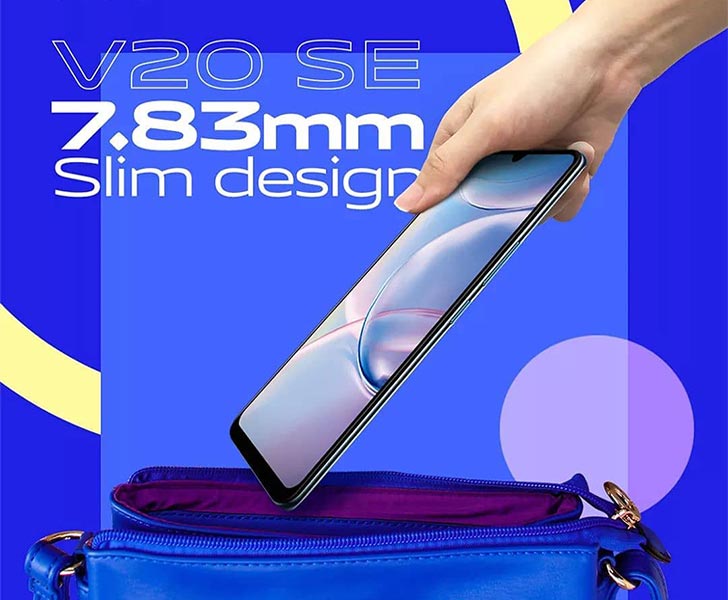 It’s the same story with the internals. Instead of the Qualcomm  Snapdragon 720G chipset we see on the V20, it uses Snapdragon 665 that came out in April last year. Poco X3, at roughly the same price, offers Snapdragon 732G. V20 SE features 8GB of memory for multitasking and 128GB of expandable storage. The battery capacity is a serviceable 4100 mAh (but falls short once again when you look at the competition.) It does charge over 33W, but on paper, the V20 SE isn’t a performance-first model. 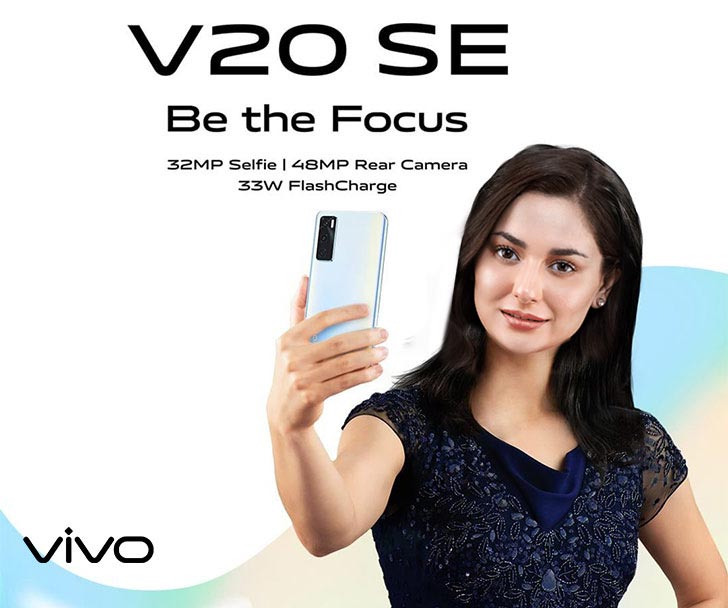 BEaring an affordable Vivo mobile price tag, It shares its display with the vanilla V20. It’s the same 6.44” AMOLED display that houses an in-display fingerprint scanner and produces a full HD+ resolution — a feature that Xiaomi and Realme models in this range lack. But at a standard 60Hz refresh rate.

The rear-camera has three lenses: a 48MP main cam with standard AF, an 8MP wide-angle camera that also supports AF, and a space-filler 2MP portrait sensor. The front camera is 32MP without the eye-tracking focus. Vivo’s usual image-processing with night mode, AR, portrait, and slow-mo features powers this setup. We expect a starting price of Rs. 41,999.