Now that the next generation of the V-series is on its way, Vivo is offering attractive discounts on Vivo V20 phones. The Vivo V20 SE just received a price cut in Pakistan, making this budget-friendly edition more affordable. Here’s what Vivo is offering. 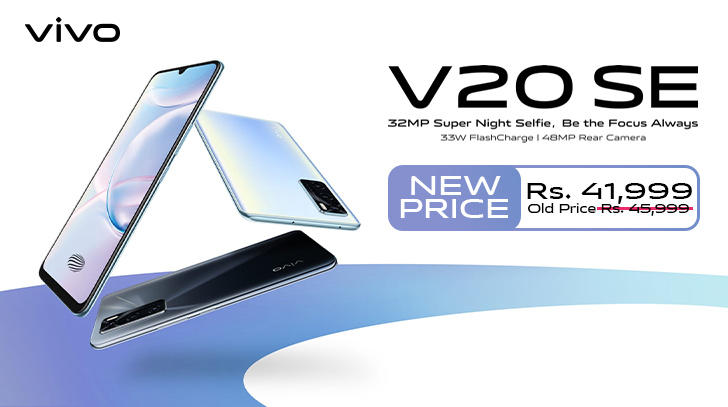 Starting with the shell, The V20 SE weighs only 171g and is 7.38mm thick. You can pick from Gravity Black and Oxygen Blue shades. 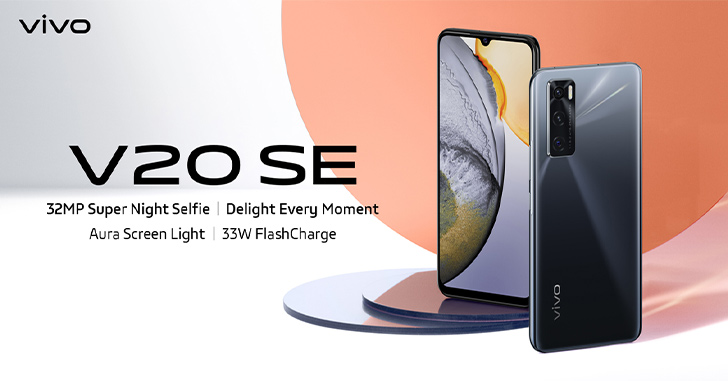 Flip the V20 SE over to find a notched OLED screen. It’s a 6.44” panel that delivers a full HD resolution and houses a fingerprint scanner underneath. The camera of the new Vivo mobile is encased inside the notch is 32MP. 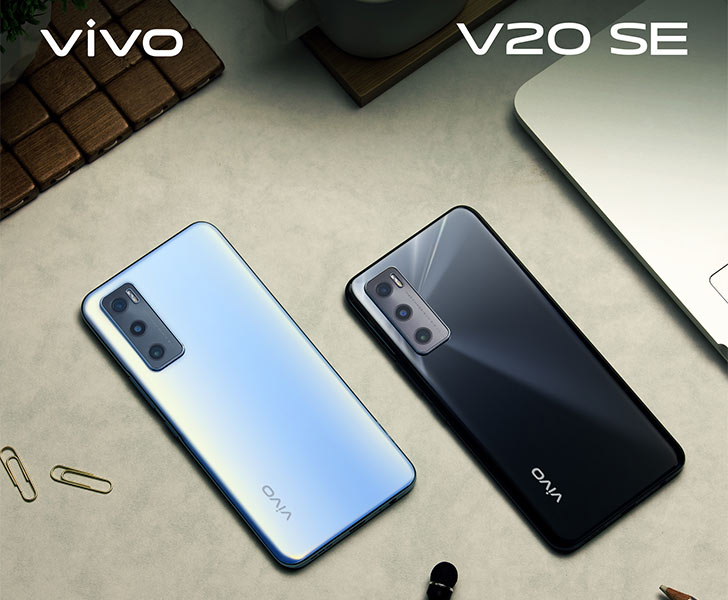 Underneath the hood, there’s a Qualcomm Snapdragon 665 chip running the device. It’s powered by a 4100 mAh battery and the Android10-based FunTouchOS 11. The V20 SE by Vivo is charged over 33W that promises a full top-up in just an hour.