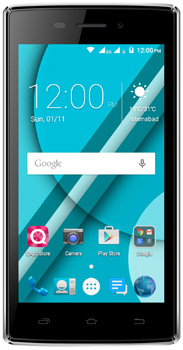 QMobile Noir W50 - Smart Performance in Elegant Design
QMobile introduces fast Noir W50 as the phone features a great 1.2GHz Quad-core processor which is embedded in the power efficient latest chipset to provide a durable and top notch performance. QMobile Noir W50 is built in a polycarbonate shell that holds its 4.5 inch IPS display screen with thin bezels so that users can have a better viewing experience on every angle. QMobile Noir W50's camera duo is a great 5MP back unit with Auto-focus, HDR, Panorama feature with a great LED flash unit and its front snapper is ultra powerful 0.3MP unit with wide angle lens to provide QMobile Noir W with better selfies and greater video calling. To provide users with video calling on the go, 3G connectivity across all local bands is provided in the new QMobile's Noir W50. With great 8GB internal memory, the phone can house 8GB user data which can be further increased up-to 32GB via microSD card support. To provide users with better connectivity, QMobile W50 comes with Noired Bluetooth module that transfers data at a much higher rate of speed; a standard Wi-Fi radio is embedded alongside fast microUSB 2.0 port for productivity of QMobile Noir users. A powerful 1750mAh battery housed on smart handheld to provide users with standby of over a week and run time of two days on average use. Noir's W50 runs on Android Lollipop out of the QMobiled box but it can be upgraded via wireless update function using companys PC suite. The phone is released nationwide and is available in two color variants i.e. pure white and slender grey. To maximize utility of users, QMobiles Noir W50 comes with pre installed applications like social networking applications and day-to-day utility applications. you will be connected all the time as downgrade support of Edge and GPRS is provided in Q Mobiles Noir W50.

Disclaimer. QMobile Noir W50 price in Pakistan is updated daily from the price list provided by local shops and dealers but we can not guarantee that the information / price / Noir W50 Prices on this page is 100% correct 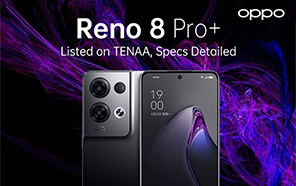 OPPO Reno 8 Pro Plus Appears on TENAA with Detailed Specifications