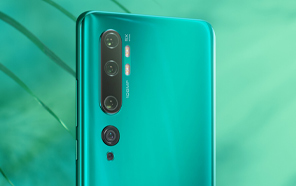 The long-anticipated Xiaomi Mi Note 10 Lite is scheduled for launch soon, as it has been signed off by Thailand’s NBTC. The certification lists the phone as M2002F4LG but doesn’t specify any useful details. Though since the Mi Note 10 Lite has already surfaced on FCC’s certification, we have a rough idea of what to expect from this particular Note 10 edition. 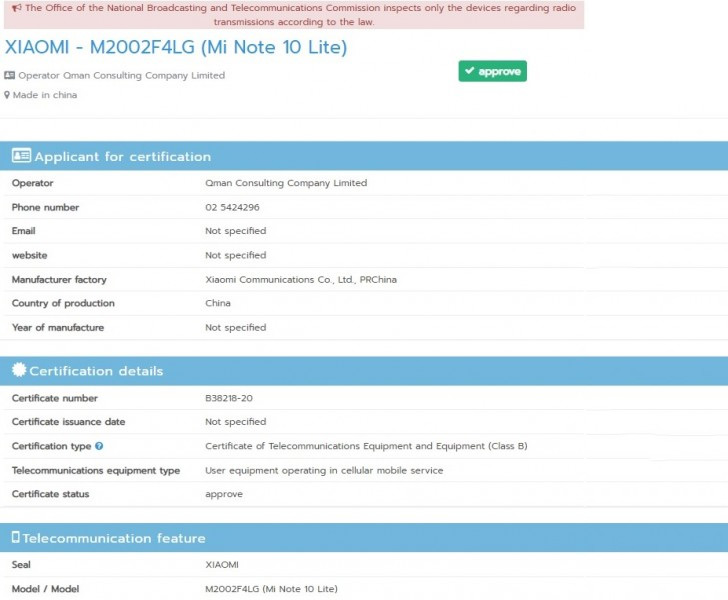 Xiaomi is using a Snapdragon 730G chip to power the Mi Note 10 Lite, alongside a huge 5,260 mAh battery (featuring 30W fast charging support). The display is alleged to be equally impressive -- a 6.47-inch AMOLED panel that can produce an FHD+ resolution. The screen will likely embed an in-display fingerprint scanner.

If you recall, this chipset, battery, and screen are borrowed from last year’s Mi Note 10, so you’re not looking at a cutback in the performance and display department.

The main rear camera, however, has a 64MP sensor behind it (as opposed to the trailblazing 108MP camera that the standard edition debuted with). It’s combined with two 8MP lenses, a 5MP module, and a 2MP sensor. The LED flash is identical, but Xiaomi has lopped off the laser focus module. On paper, the optics hardware is a downgrade, but we’ll have to see the shots this ensemble produces to gauge how apparent the difference is. 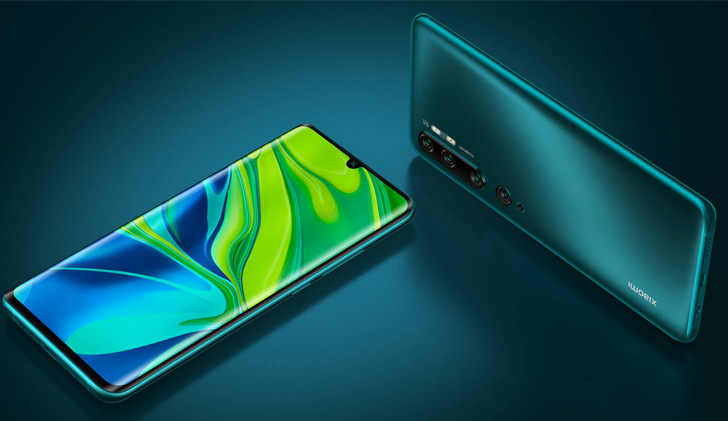 Hardware cutbacks aside, the Mi Note 10 Lite will ship with the latest Android 10 (packaged with the MIUI 11), as opposed to the Android Pie OS that the original Mi Note 10 runs on.

As we stated above, the launch is likely imminent, but we have yet to receive word on the Xiaomi Price chart for this ‘Lite’ flagship.