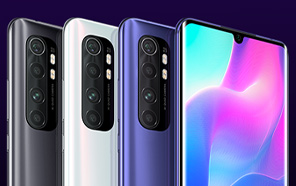 The ‘Lite’ edition of the Xiaomi Mi Note 10 series is scheduled for launch later today, but ahead of the event, a vendor based in Russia has prematurely published the listing for the phone, detailing its specifications and price. Here’s the scoop.

The Mi Note 10 Lite starts at a Xiaomi Price tag of RUB 24,500 (~54,000 PKR) which puts the model squarely into the upper-mid-range bracket. Before we get into the design, you’re looking at a rather hefty build – which is 9.67mm thick and weighs 208g. The back panel is chamfered, which should keep the ergonomics comfortable. 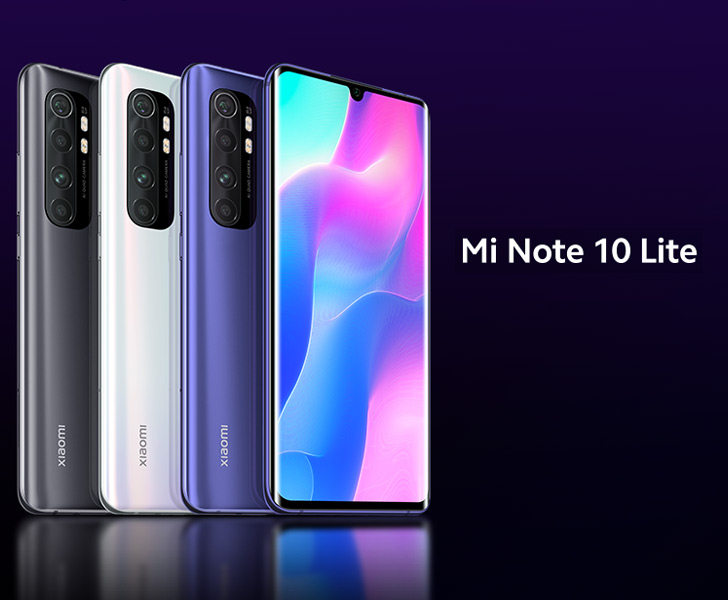 The new Note 10 lite houses an uncharacteristically oversized camera bump, which leads us to the conclusion that Xiaomi wasn’t going for a ‘compact’ design language

The 6.47-inch AMOLED front panel curves around the Xiaomi Mi Note 10 Lite bezels, featuring a drop-notch that extends into it. The display can produce an FHD+ resolution, and the camera inside the notch has a 32MP front-facing sensor behind it. There’s no capacitive fingerprint reader to be seen, which points to an on-screen alternative of the same.

As opposed to the trail-blazing 108MP main lens that its sibling model debuted with, the ‘Lite’ edition uses a 64MP primary shooter. Xiaomi has lopped off the telephoto lens and downgraded the ultra-wide-angle camera to an 8MP sensor. The ensemble is rounded off by a 5MP macro lens and a 2MP depth-assist sensor. 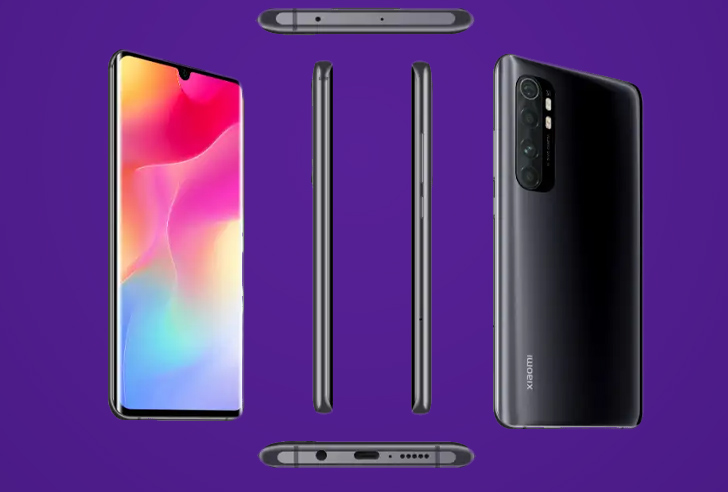 The Snapdragon 730G processor is borrowed from the standard variants, and combined with up to 6GB of RAM and 128GB of native storage (which can’t be expanded, unfortunately). Xiaomi has hooked up these internals to a robust 5,260 mAh battery that supports 30W fast charging. The hardware, of course, runs on the latest Android-10-powered MIUI 11.

The build has a glossy finish that comes in black, purple, and white shades. Note that the Mi Note 10 Lite isn’t a major step-down in terms of either performance or design, but it manages to slash the Xiaomi prices to just €309 (54,000 PKR without taxes) since the Mi Note 10 is retailing for almost the double at €550.