Following the Xiaomi 12 series launch, Mi 12T lineup is on its way, reportedly coming next month. As with every flagship smartphone, leaks are piling up ahead of the launch. Last week, both phones were ensued with an all-out exposé revealing expected prices, specs, and high-quality renders. And now the rumor mill seems to have discovered a new color addition to the upcoming lineup. 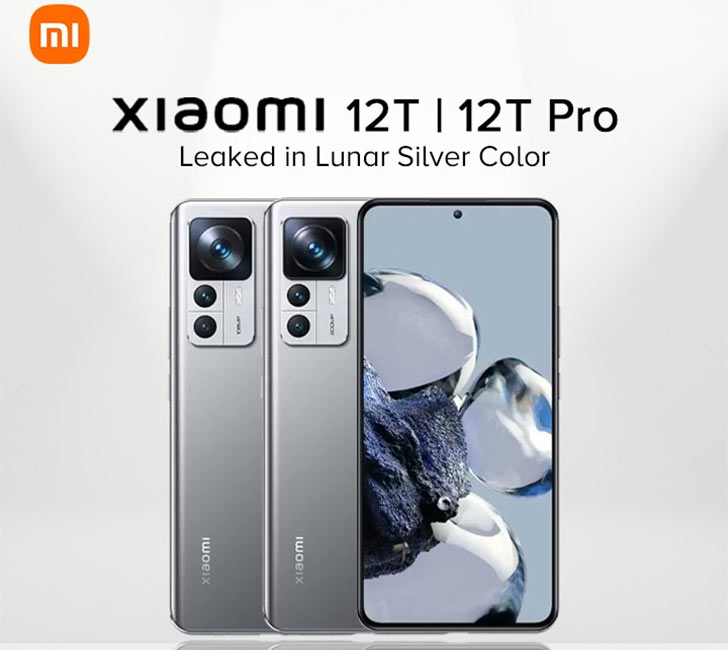 According to the details shared by renowned leaker Roland Quandt, in addition to the blue and black color options displayed in recently leaked renders, Xiaomi 12T Pro the standard 12T will also turn up in Lunar Silver color. Specs-wise, both phones are at the bleeding edge of tech. Here are their rumored specs.

Mi 12T and 12T Pro both phones allegedly have the same kind of display; a 6.67-inch AMOLED panel with a maximum refresh rate of 120 Hz and a full HD+ resolution — the pixel count is slightly higher than usual 1080p at approximately 2712×1220 pixels.

Both phones have different cores. The base Mi 12T runs on Mediatek's Dimensity 8100 Ultra SoC, whereas the latest Pro Xiaomi mobile has the market's leading Qualcomm Snapdragon 8 Plus Gen 1 chipset with a whopping 3.2GHz max clock speed.

With a 200MP Samsung HP1 camera sensor, Mi 12T Pro is likely to garner all the attention. The base Mi 12T will use the traditional 108MP camera joined with 8MP + 2MP auxiliary lenses. Expect a 20MP selfie shooter in a pin-hole cutout on both.