Realme C20A is one of the cheapest basic phones Realme has to offer. This entry-level device is expected to arrive in Pakistan soon as Realme C20 but before that, it has found its way to the Bangladeshi market. The C20A has the following to offer. 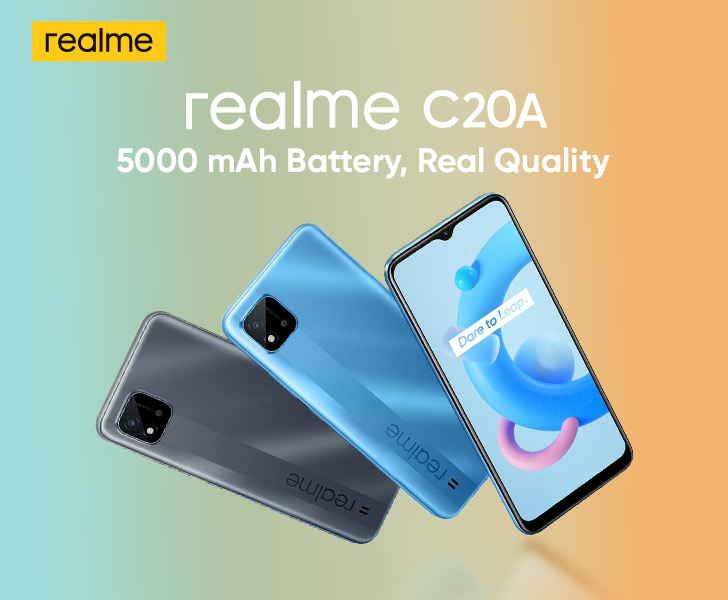 Right off the bat, you’ll note that the Realme C20A feels out of place in 2021, even for an ultra-budget Android phone. Its plastic build, available in Lake Blue and Iron Gray colorways, lacks even a fingerprint scanner. There’s a notch bleeding into the screen and a reflective strip on the backplate where the camera plate and speaker live.

We’re looking at a standard 6.5” screen that delivers an unremarkable 720P resolution and fills a 20:9 aspect ratio.  Although it’s not formally rated, Realme C20A promises a splash-resistance design that’s been tested thousands of times for port and button durability. 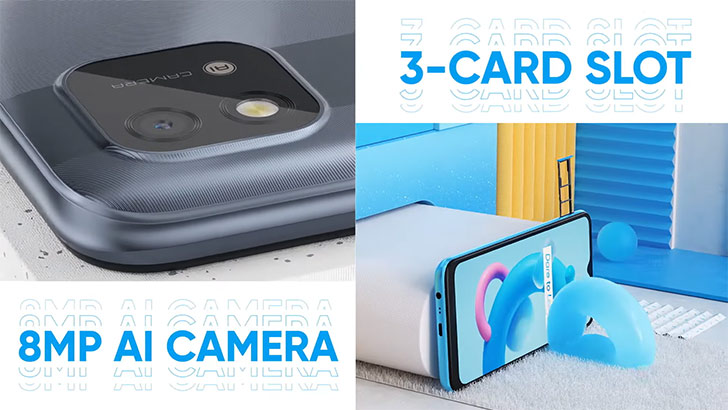 Perhaps one of the key highlights of the New Realme Mobile is its 5000 mAh battery. Even though its charging speeds are capped at 10W, the C20A can last 43 days on standby. When you’re down to your last 5%, the power-saving mode can stretch that battery life even further. Plus, Realme C20A can act as a battery bank for your other devices, thanks to its reverse charging feature. 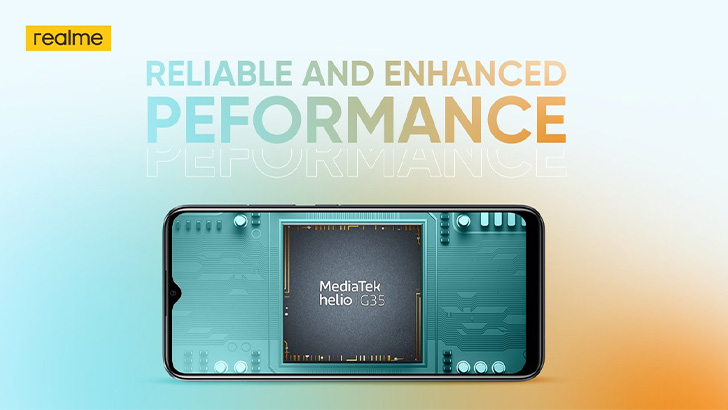 It’s all powered by the MediaTek Helio G35 chipset, built on a 12nm process and clocked at 2.3GHz. It works with only 2GB of memory and 32GB of storage. The expansion slot built into the Realme C20A allows for up to 256GB of added storage. There’s also a 3.5mm audio jack and an underwhelming MicroUSB 2.0 included in the body.