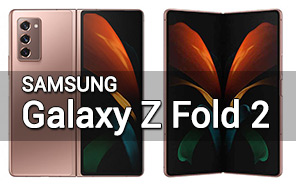 With Samsung’s big ‘Galaxy Unpacked’ event only a week away, we get our first clear preview of the Samsung Galaxy Z Fold 2 5G. The next-gen folding phone from Samsung shines in the stunning Mystic Bronze, and the muted-but-elegant Mystic Black editions — guided by the uniform, consistent design language Samsung is introducing this season. 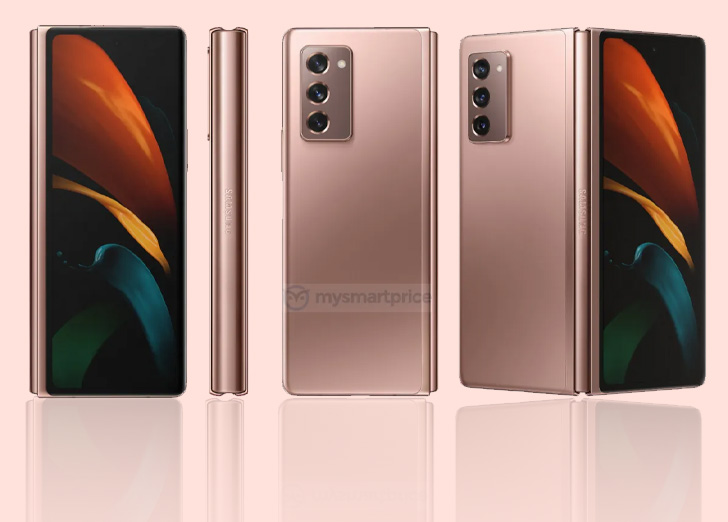 Published by MySmartPrice, the Samsung Fold 2 press renders fall in line with the many, many leaks we’ve seen over the past few weeks. The obtrusive wedge-notch is gone and succeeded by a far more welcoming single punch-hole that lives just off-center.

The exterior, secondary screen, also features the iconic ‘Infinity-O’ design. All the while bezels surrounding both displays are lighter than ever — leaving more room for screen real-estate. The revamped hinge has Samsung’s logo painted on it, and seamlessly blends the two halves. 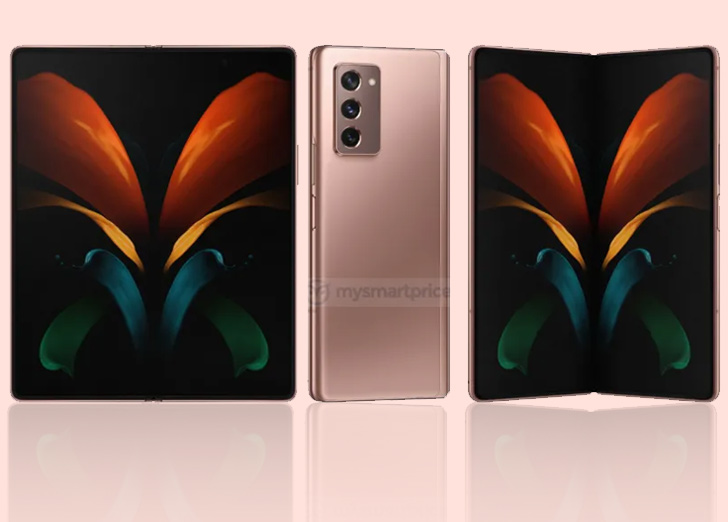 The rear-shell of the Galaxy Z Fold 2 is all-but-identical to the Note 20 — a rectangle camera island that juts out the panel, and three round cameras bound inside it, flanked by an LED flash. No word on the pricing yet but there's no doubt on the new foldable snatching the top spot at the Samsung price list. 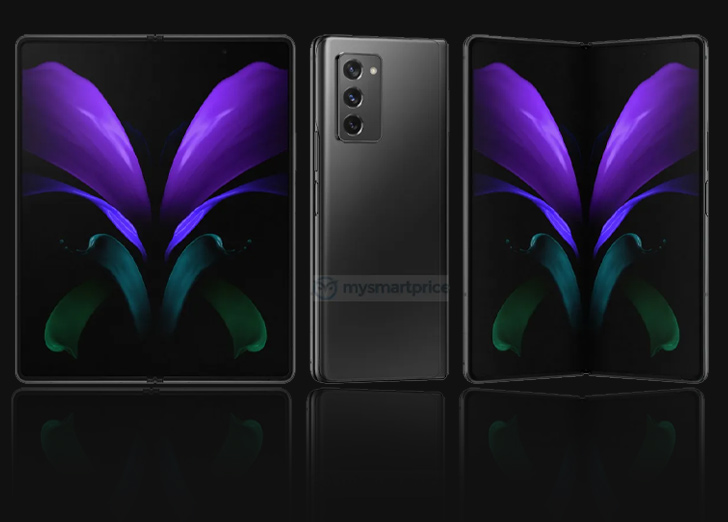 Based on the specification sheet previously reported, the external screen of the Z Fold 2 stretches 6.23”, while the main Galaxy display measures 7.7”. The duo uses super AMOLED panels, and the primary screen reaches an extreme 120Hz refresh rate. Around the back, you get a 12MP primary camera, a 64MP telephoto sensor, and a 12MP ultra-wide-angle sensor. The selfie cameras have 10MP sensors behind them.

Qualcomm’s Snapdragon 865+ is expected to power the Samsung device, backed by a 4,356mAh battery that supports 15W fast charging. To round off the flagship internals, the Z Fold 2 features up to 512GB of native storage. It’ll be more affordable than its predecessor but still expected to starts from an eye-watering $1,980 (3,30,000 PKR).