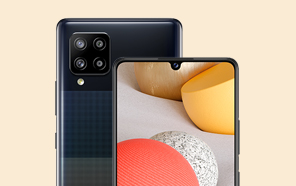 Affordable 5G phones have boomed in 2020. Chinese manufacturers are flooding the market. And the Korean Giant, albeit late to the party, also hopped on the train with the Samsung Galaxy A42 5G. A press release unceremoniously announced it in October as the cheapest 5G phone the company makes. We were given the specs, color options, and price, but not the chipset — Samsung being reluctant as ever to reveal the processor. 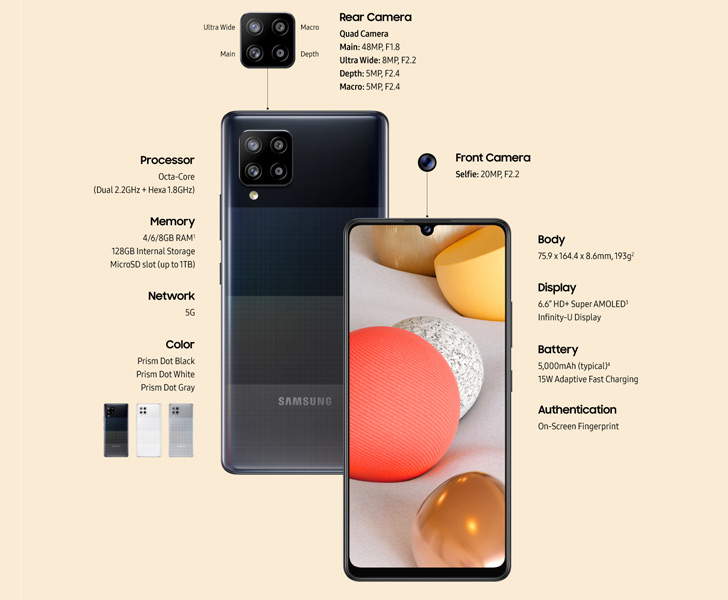 But, the phone has now ended up on Google Play Console. Based on that listing, Samsung Galaxy A42 5G features Snapdragon 750G. It’s the newest mid-tier 5G silicon from Qualcomm, designed to bridge the gap between the flagship 800 and the 700 series.

Inside this SoC, the CPU is split into eight cores that operate at 2.2GHz. The 5G modem supports both sub-6 and mmWave 5G. It’s supposedly 20% faster than the last-gen 730G series. 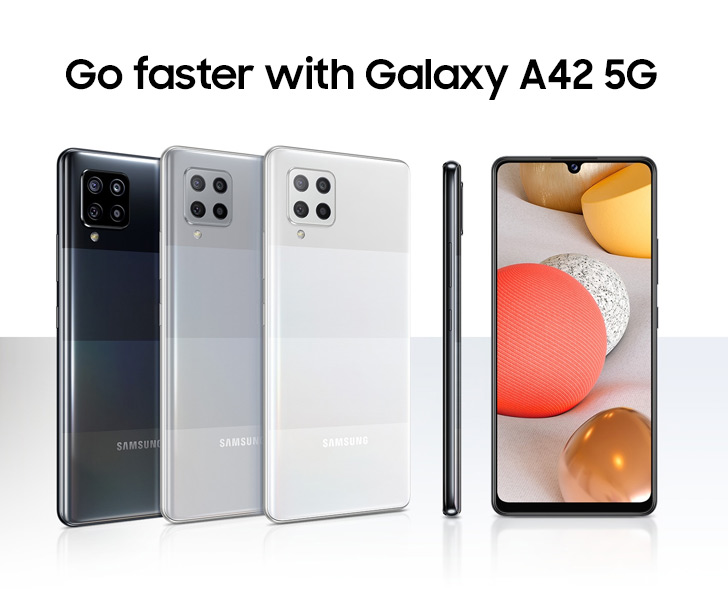 It’s a performance leap over the Galaxy A41 that ran MediaTek Helio P65. Samsung mobile price tag is not revealed yet but another upgrade to note is the battery life. Galaxy A42 5G’s battery capacity is 5000 mAh, up from 3500 mAh, and powers up over 15W. Samsung is also giving you more memory configurations this year — 4/6/8GB of RAM and 128GB of storage. 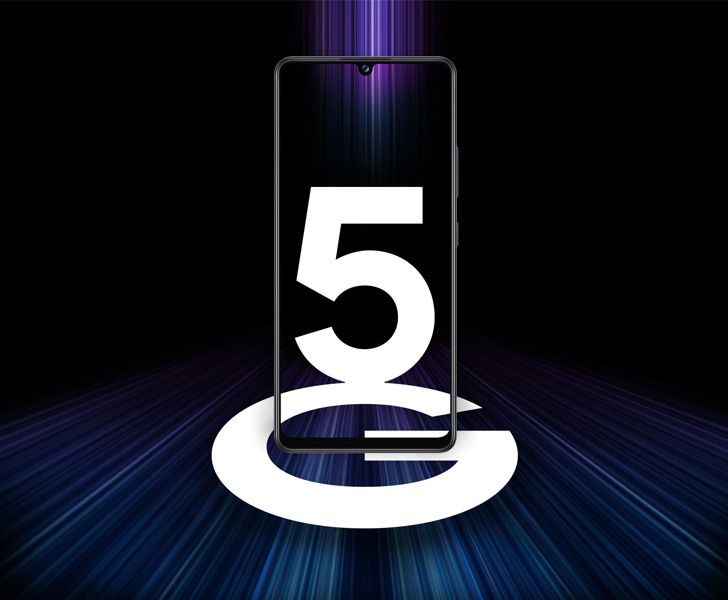 It’s not all improvements, though. Because of the 5G chip, Samsung cut corners. The new 6.6” super AMOLED screen is bigger now, but it produces a 720P resolution instead of 1080P. It still has a notch on top and an optical fingerprint scanner underneath.

The rest of the Samsung Galaxy A42 specification sheet hasn’t changed much from last year. Galaxy A42 5G inherits the 48MP standard, an 8MP true ultrawide, and 5MP depth cameras from the A41, wholesale, and tacks a 5MP macro camera next to them. Samsung redesigned the back, but it’s still plastic material.