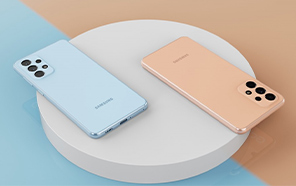 Samsung began the rollout of its next-gen A-series with the Galaxy A23 and A13 yesterday. The two phones are already available for pre-registration, and more Galaxy A phones, including the upcoming Galaxy A33, are to follow soon. Before the official release of the Samsung Galaxy A32's successor, the rumor mill leaked the phone’s specs, mockups, and pricing. 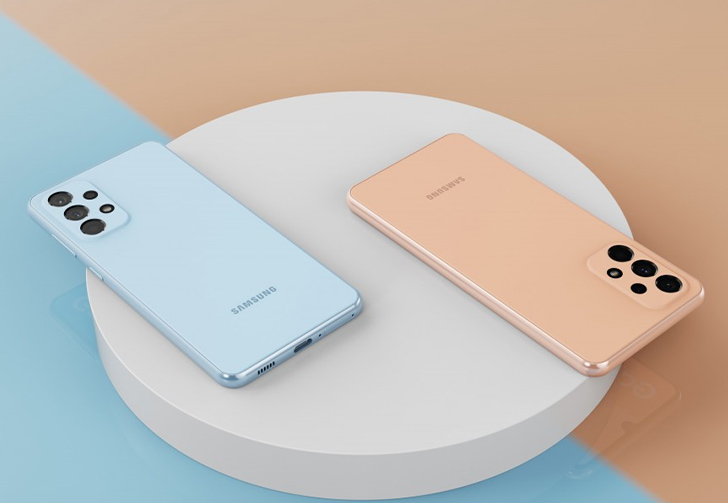 Courtesy of the credible European publication LetsGoDigital, we learn that the Samsung Galaxy A33 has the Exynos 1280 at its heart. It’s an unannounced 5G chip built on a 5nm Samsung process node. The A33 pairs it with 8GB of memory and 128GB of internal storage. Samsung is reportedly ditching the LTE variant this year.

The phone comes in blue, white, black, and peach matte finishes. An IP67 rating against dust and water protects the Galaxy A33. But it’s not all upgrades because Samsung has removed the headphone jack from the phone (if you’re in the camp that prefers physical ports.) 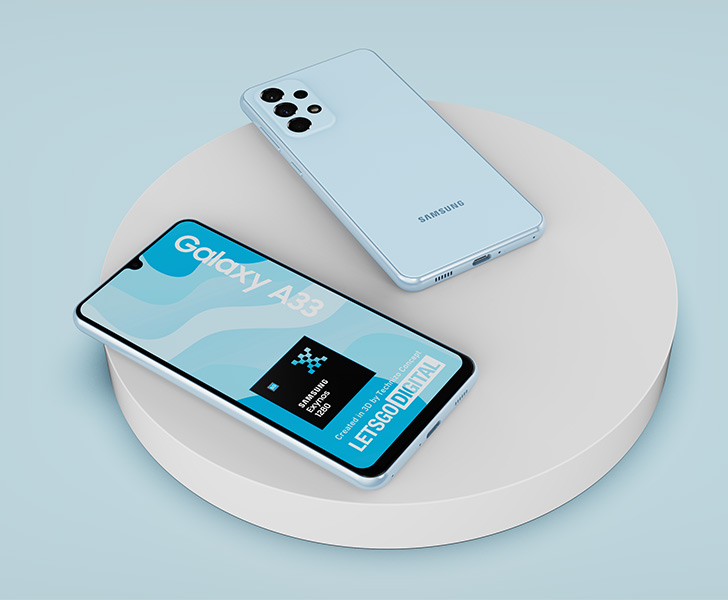 We find a notch cutout on the front of the new Android Samsung mobile that bleeds into a 6.4” 1080P SuperAMOLED screen. The Galaxy A33 rocks a smooth 90Hz refresh rate and an optical fingerprint scanner embedded below the display. Everything is powered by a 5000 mAh battery and 25W charging support.

But the charging brick inside the retail box will be capped at 15W. You get 8GB of multitasking memory and 128GB of expandable internal storage. The default OS is the latest Android 12 x OneUI 4. Samsung Galaxy A33 is rumored to starts from €369. Please note that this report is uncorroborated, so we advise our readers to take the price and specs with a pinch of salt.