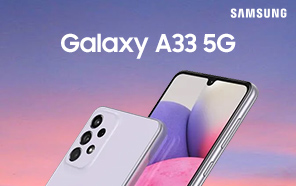 The Galaxy A53 5G has secured back-to-back product certifications over the past few months. And now that we’re only weeks away from the official launch, the pre-release benchmarks for the Samsung Galaxy A32 4G's Successor popped up online. The scoresheet also features core system specs. 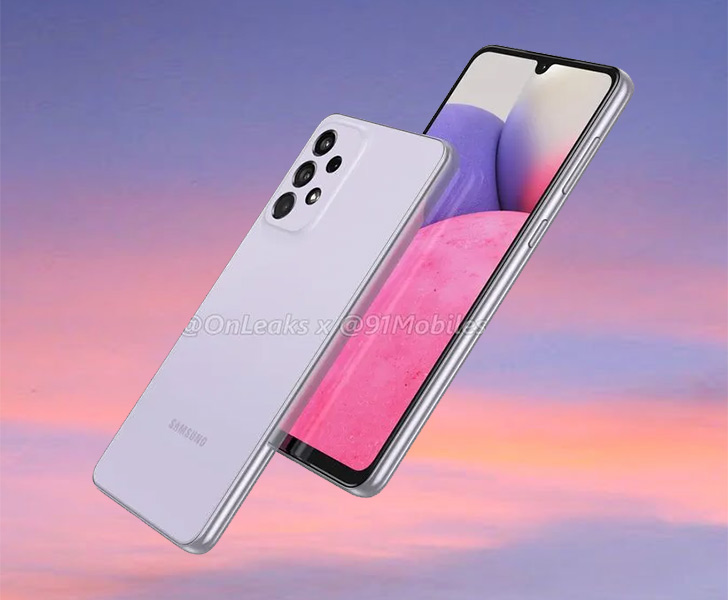 You will find the Galaxy A33 5G listed under the model number “SM-A3360” on the Geekbench 5 database. Per the listing, the phone has the homegrown Exynos 1200 chipset, identified by the codename ‘S5ee8825.’ You get 8GB of memory and the latest Android 12 x OneUI OS.

Note that the rumor mill had predicted the MediaTek Dimensity 720 chip for the Galaxy A33 5G. But Geekbench and Google both specify the Exynos System-on-Chip. When running single-core tests, the phone manages 727 points and hits 1852 when engaging all cores. 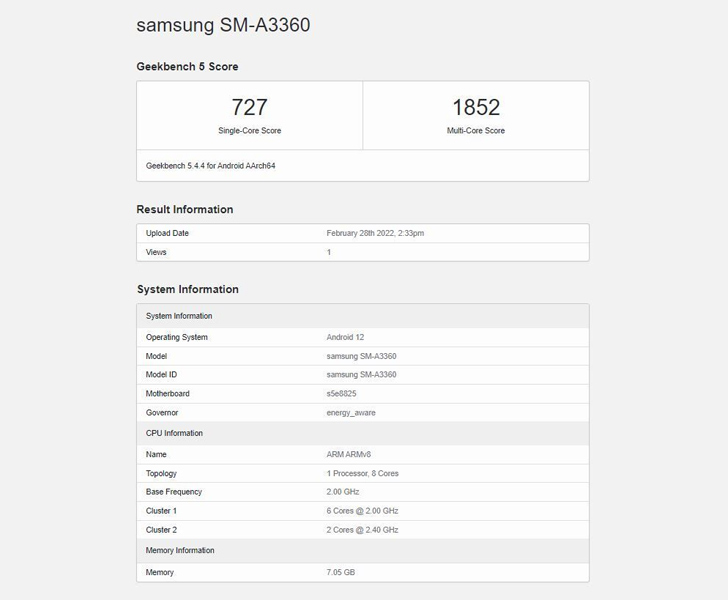 The Galaxy A33 5G is among the few Samsung phones to still include a 3.5mm audio jack. Everything runs on a 5000 mAh battery. But Samsung has bumped up the charging support to 25W. It remains to be seen if the charger-in-the-box can deliver that max 25W power. We’ll learn more in the coming weeks.