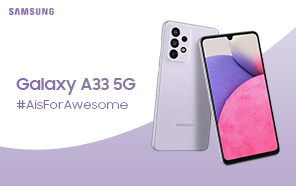 Samsung Galaxy A33 5G will supposedly be the first Galaxy A phone to launch this year. Rumor has it that it’s dropping sometime in February 2022. Samsung has been collecting product certifications which backs up the speculation. The successor to the Samsung Galaxy A32 was most recently spotted on an American government database. 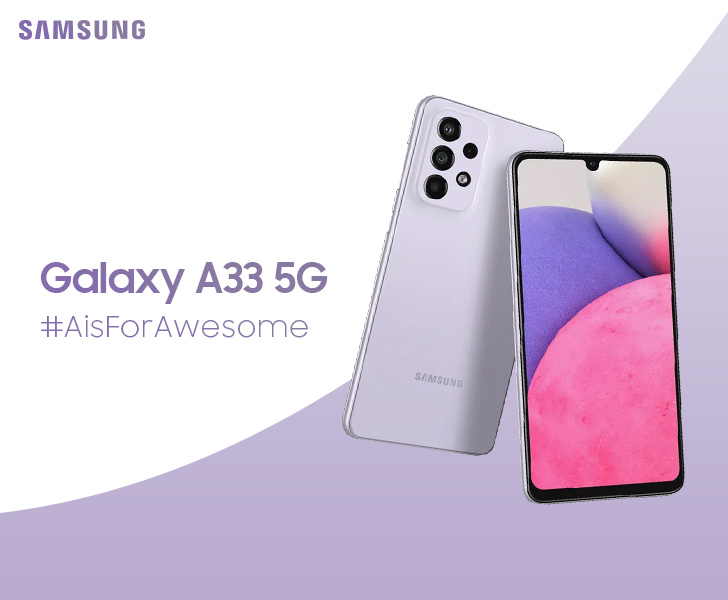 The Federal Communications Commission agency registered the Samsung Galaxy A33 5G under the model number “SM-A336M/DSN.” The ‘DSN’ in the tag points to dual SIM support. And the relevant certification documents contain the phone’s battery and charging specs.

Samsung Galaxy A33 5G supports charging speeds up to 25W. But in all likelihood, the actual charger in the retail box will be limited to 15W. Technically, 15W is a fast-charging standard, but it feels slightly out of place in 2022. 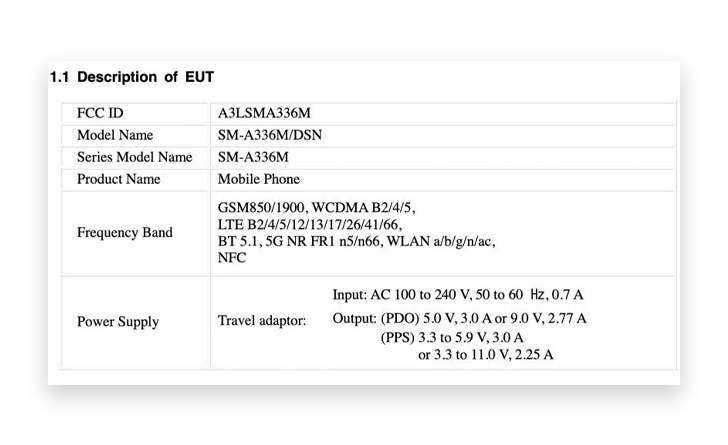 Before clearing the FCC tests, the Galaxy A33 5G was also featured on the SafetyKorea certification database. That listing revealed its battery size to be 5000 mAh. So compared to last year’s Galaxy A32, there aren’t any gains in battery or charging. The handset is expected to join the Samsung price list soon. 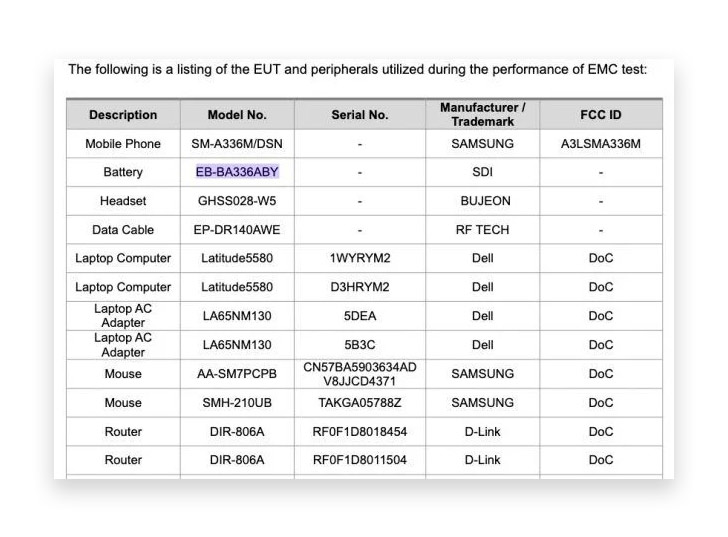 But multiple sources (including the reputable SamMobile publication) report that Samsung has secured an IP rating for the Galaxy A33 this year. Ingress Protection 67 standard, to be specific. Essentially, the A33 can survive in meter-deep water for up to 30 minutes. Until now, dust and water resistance were limited to Galaxy A52 and A72.

However, if you’re a fan of the headphone jack, it’s not all good news. Going forward, Samsung is removing the physical audio port from most Galaxy A phones, including the Galaxy A33, A53, and A73. We’ll keep you posted as the story develops.