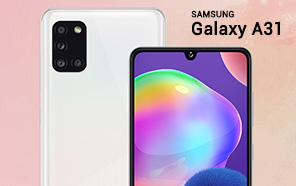 Another Samsung Galaxy A-series model has quietly gone official. This latest addition to the family — the Samsung Galaxy A31, is the sequel to last year’s Galaxy A30 and is scheduled for a global launch in the weeks that follow. 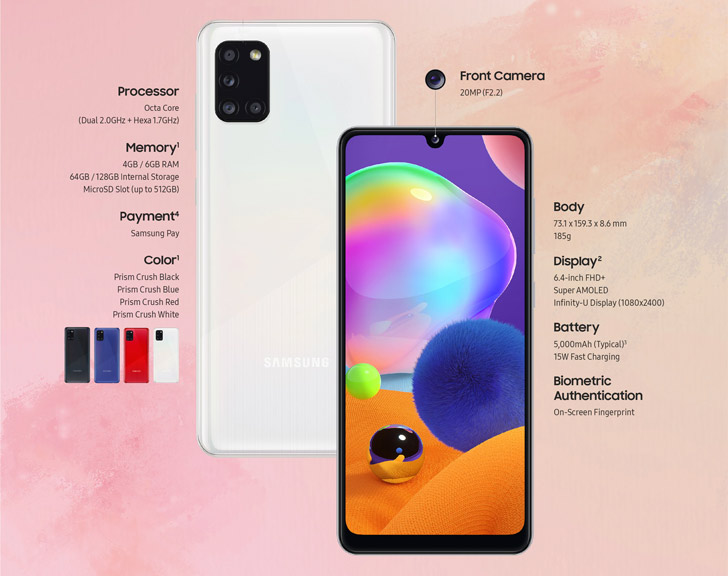 The Galaxy A31 flaunts a familiar design at mid-range Samsung price — an Infinity-U display, in combination with an L-shaped quad-camera. You’re looking at a slim profile,  featuring pushed back bezels, and a slightly hefty chin. A drop notch stretches into the phone’s 6.4-inch SuperAMOLED panel that produces an FHD+ resolution and a 20:9 aspect ratio. 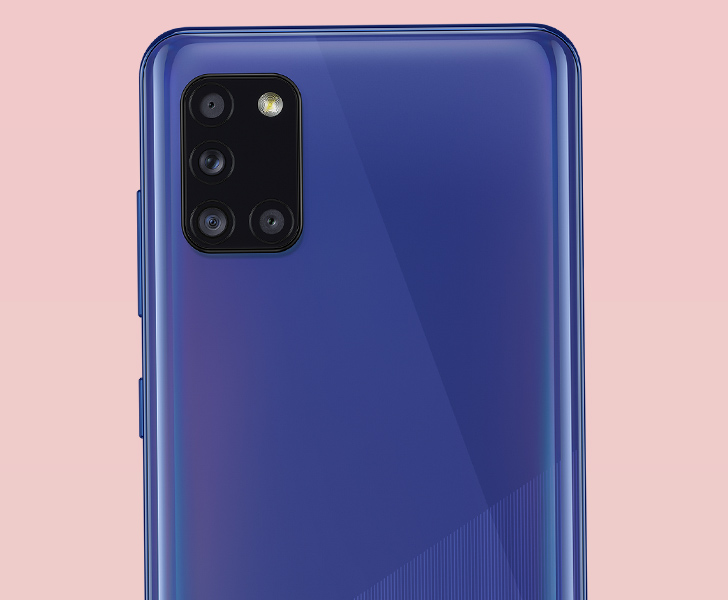 Samsung has chamfered the edges around all four sides and given the back a subtle fractal look. It’s clean too save for the Samsung branding since the fingerprint scanner now lives under the display. The rear-facing shell comes in Prism Crush Black, Blue, Red, and White.

As for the four-camera setup on Samsung A31, the primary shooter has a 48MP sensor behind it, which is joined by an 8MP wide-angle lens, and a pair of 5MP depth-assist and macro units. A 20MP module sits inside the U-shaped notch for taking selfies. 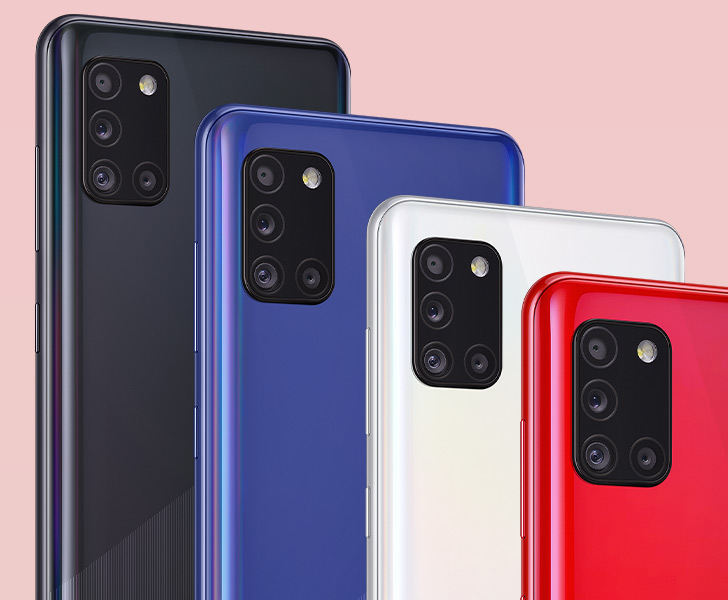 The company hasn’t listed the chipset that powers the A31, but we speculate it to be a MediaTek P65 platform. Six of the chip’s eight cores are clocked at 1.7 GHz, while the remaining two at 2.0 GHz. You can pick from two different storage options: 4GB of RAM + 64GB of ROM or 6GB of RAM + 128GB of native storage. The onboard storage is expandable up to 512GB with a microSD card.

The Galaxy A31 build wields support for dual 4G, a current-gen USB Type-C port, and a 3.5mm headphone jack. This hardware is powered by a massive 5,000 mAh battery (which supports 15W fast charging) and an Android 10 with Samsung’s OneUI 2.0 running on top.

The Korean tech giant has yet to share the Samsung prices and availability details, but WhatMobile expects it to retail anywhere from 35,000 to 38,000 PKR when it lands in Pakistan.