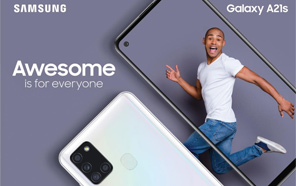 The Galaxy A21s is now listed on Samsung Pakistan's official webpage. The listing doesn't reveal the Samsung price tag or availability details, but it does announce that the phone is coming to Pakistan soon. Based on an educated guess, we expect this mid-range Samsung to make its debut in Pakistan before June ends. Let’s take a closer look at it. 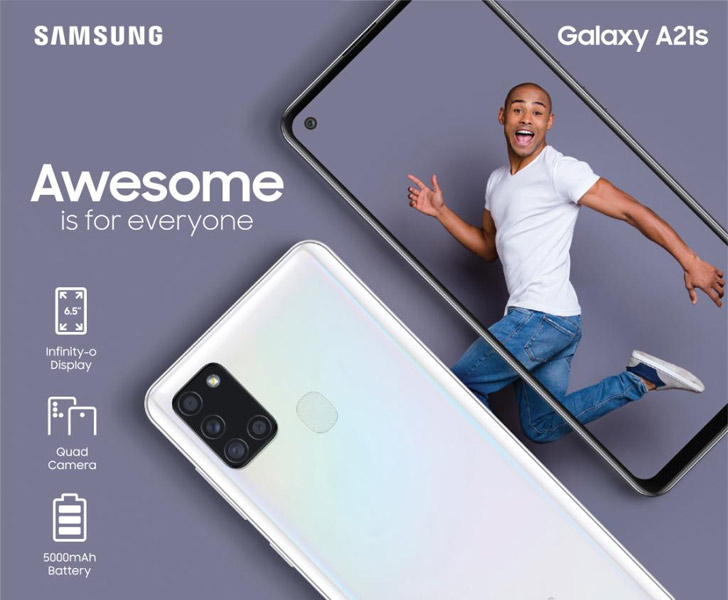 You get a 6.5" Infinity-O display, neatly landscaped around the bezels. Samsung Galaxy A21s has a TFT LCD screen, punched in the top-left corner, that delivers an HD+ resolution. The punch-hole cutout is minuscule in comparison to the body.

Flip the A21s over to find a chamfered back, painted in Black, White, or Blue Aurora hues. The holographic finish shifts when viewed from different angles. You get a standard fingerprint sensor mounted on the cover as well. 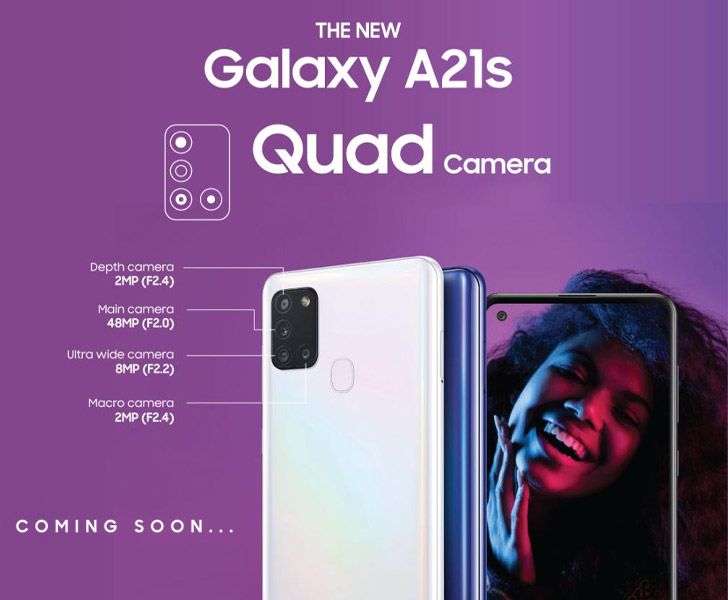 A symmetrical four-sided camera housing featuring an L-shaped quad-camera layout juts out from the left corner. This Samsung A21s camera array includes a 48MP primary camera, an 8MP ultrawide cam with a 123-degree FoV, a 2MP macro lens, and a 2MP depth sensor.

The primary camera's f/2.0 aperture is underwhelming, so the low-light shots might leave something to be desired, especially without the LED flash. The front-facing camera has a 13MP sensor behind it, augmented further with 'Live Focus'. The macro camera can capture 40mm closeups. 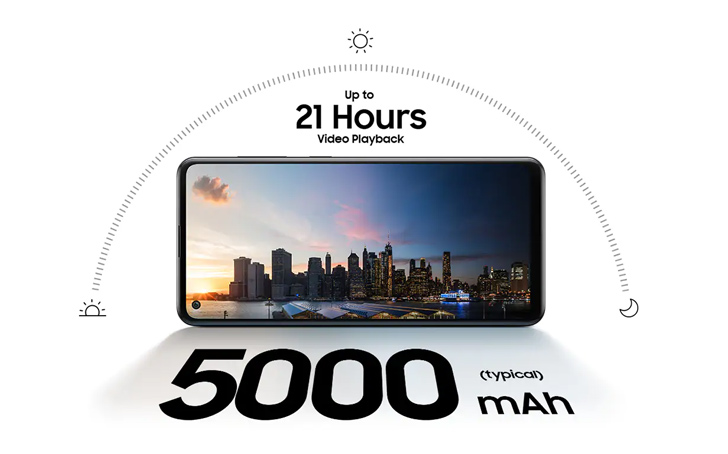 The Galaxy A21s is powered by a 5,000 mAh Samsung battery, that supports 15W fast charging. The number-crunching is handled by an octa-core processor clocked at 2.0GHz baked into the latest Exynos 850 chipset, combined with 4GB/6GB of memory and 64GB of storage, expandable up to 512GB with a microSD card. Samsung ships it with the Android-10-based OneUI 2.0.