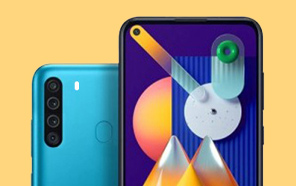 Samsung Galaxy A21s Appears on Geekbench; Will be Powered by a Newly-minted Exynos 850 Chip 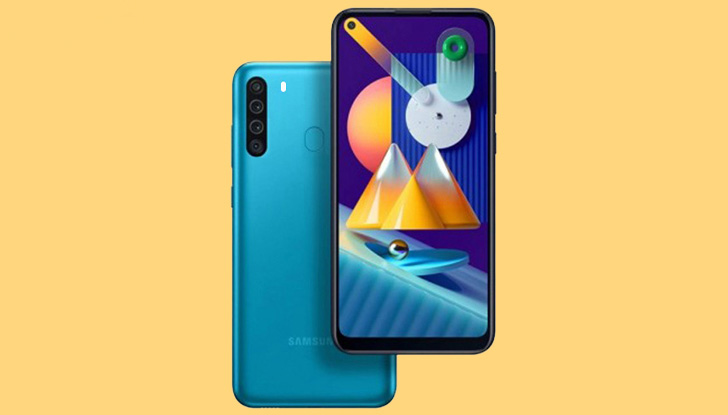 The Samsung Galaxy A21s bears the model number SM-A217F and is powered by a yet-to-be-introduced Exynos 850 chipset. The processor inside it has eight cores that operate at 2.0 GHz. As for the benchmarking, the chipset scored 183 on its single-core test and 1074 on the multi-core one.

The listing further details that Samsung has combined it with a 5,000 mAh battery and 3 GB of RAM. And you can pick from 32GB and 64GB options. The standard variant has been reported to run on a MediaTek Helio P35 chip, but it remains to be seen if this mystery SoC can outperform it. 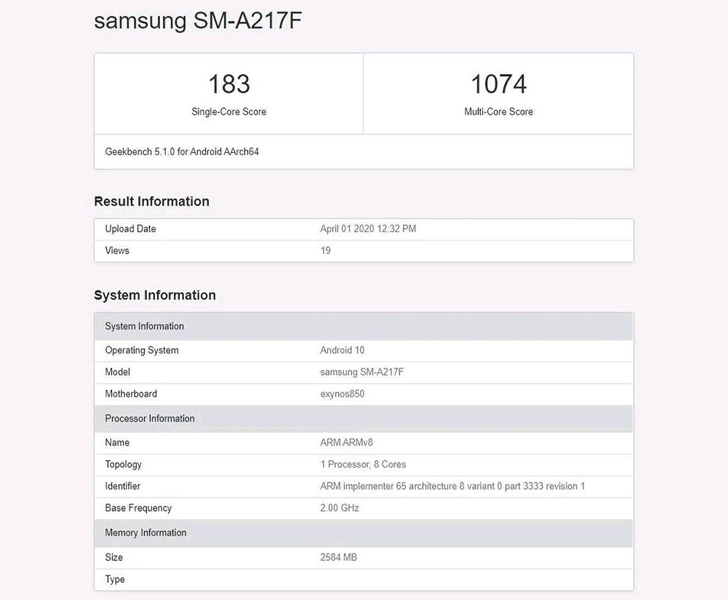 Samsung new model 2020 be shipped with Android 10, with OneUI 2.0 on top. The back-facing panel comes in black, blue, red, and white colors, and it rounds off an unknown primary camera with a 2MP macro sensor. If you go by the camera setup on the base version, the A21s might debut with at least four rear cameras.

Samsung hasn’t announced either model officially, and neither has it shared the upcoming release schedule for the Galaxy A-series. Still, it’s safe to assume that Samsung will be holding a virtual launch event for the duo in the weeks that follow.