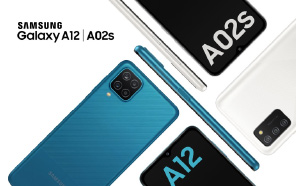 Following a long series of leaks and rumors, The Korean Giant finally took wraps off the two new Samsung phones, Galaxy A12 and Galaxy A02s. The duo was officially announced yesterday, complete with its pricing, but it won’t go on sale until next year. Here is what the next generation of entry-level Galaxy A-series offers. 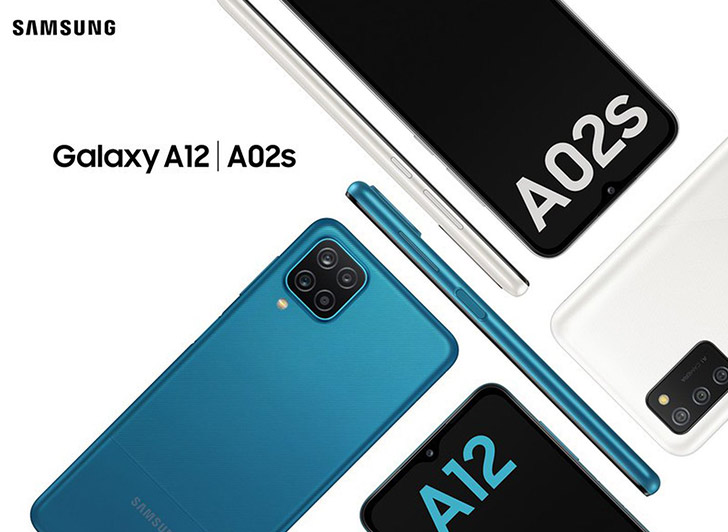 The Galaxy A02s is the latest, cheapest Galaxy A phone in Samsung’s catalog. Part of the appeal its predecessor, the Galaxy A01, had was its compact 5.7” screen. But the A02s ditches it in favor of a standard 6.5” HD+ display and an unattractive, recycled design. 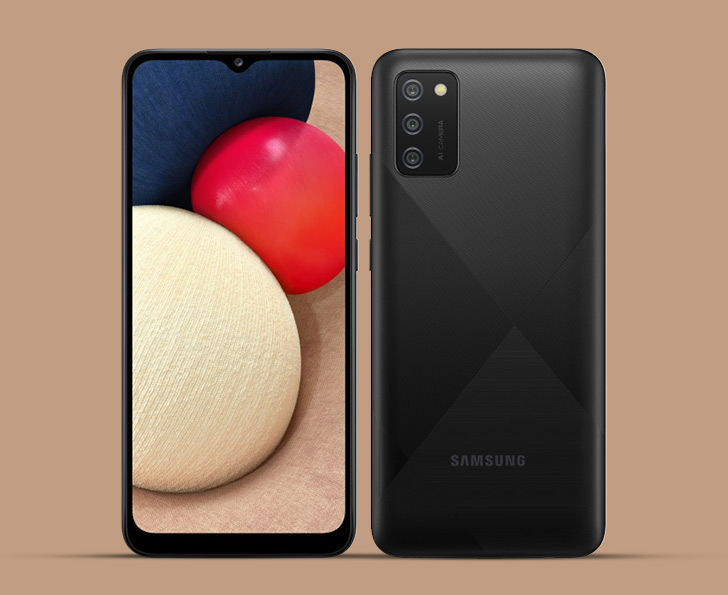 Samsung Galaxy A02s brings back the 13MP + 2MP rear camera setup and the 5MP selfie camera. But the camera housing is needlessly oversized, and it now holds an extra 2MP macro lens.

The Galaxy A12 comes only months after the Galaxy A11, which was introduced earlier in Spring this year. And it brings a new design, longer battery life, and camera improvements. Samsung’s new matrix-style camera layout from the Galaxy A42 is ported over to the A12. 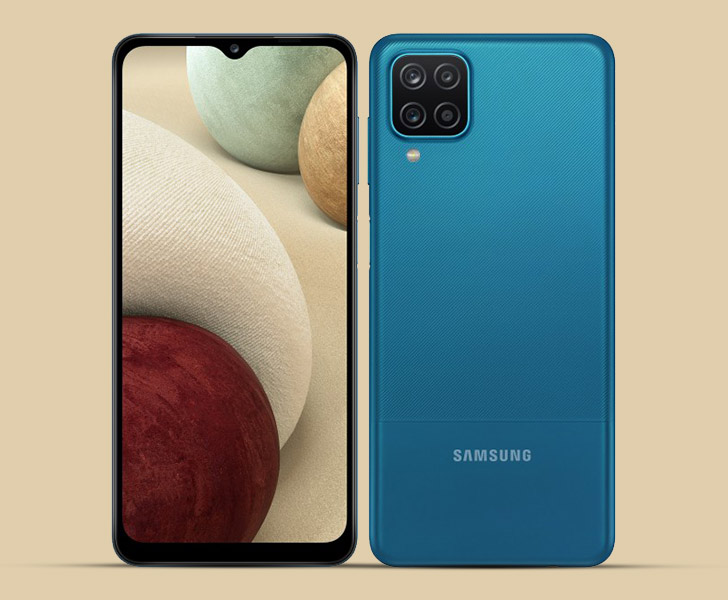 Of the four cameras on the back, the primary unit has a 48MP sensor behind it (upped from a 13MP standard lens), paired with a mediocre 5MP ultra-wide-angle camera and two 2MP extra sensors for macros and portraits. For selfies, you still get an 8MP front-facing camera. 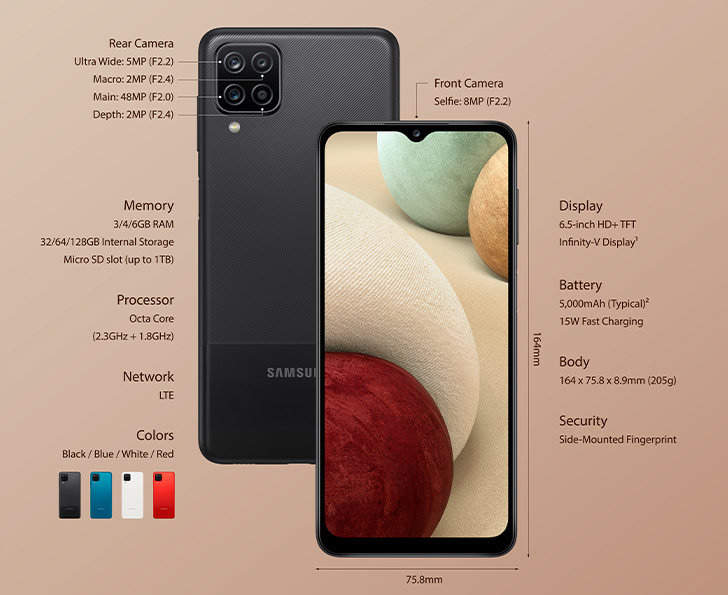 The Galaxy A12 features a slightly bigger 6.5” screen, with a generic HD+ resolution. The hole-punch has been replaced with a notch. And the fingerprint reader now doubles as the power button. Plus, the build is more angled, squared off this time.

CLICK HERE TO SEE
Samsung Galaxy A12 Price in Pakistan

MediaTek Helio P35 processor — which is almost three years old — is at the heart of the Galaxy A12, so you can expect serviceable performance but nothing outstanding. It’s backed up by a 5000 mAh battery with support for 15W fast charging. Multi-tasking is handled by 3GB/4GB/6GB of memory. And the user-expandable storage starts from 32GB and goes up to 128GB. Its base variant will be available for €179 (~ Rs. 33,999).