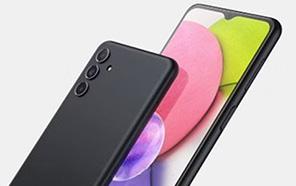 Developed with a mission to deliver good value for money, the Galaxy A04s underwent benchmark testing this week. The sequel to the last year's Samsung Galaxy A03s had already been a subject of leaks previously, where we saw its design and even some specifications. 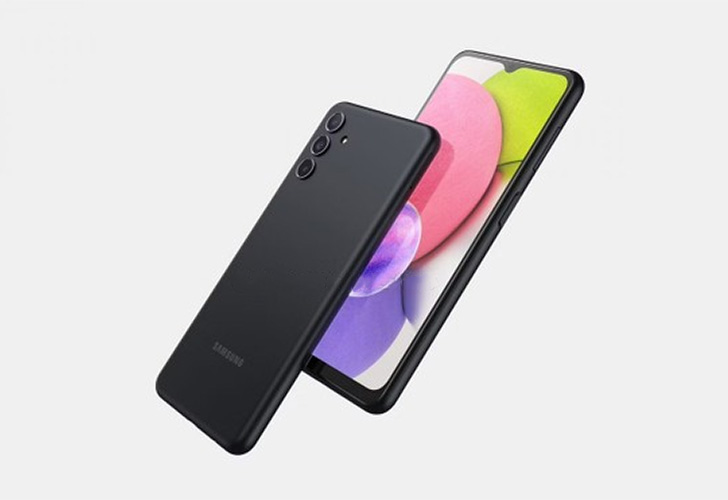 Now, the Geekbench platform has confirmed that the Samsung Galaxy A04s is numbered SM-A047F and should be announced soon with Samsung's own Exynos 850 processor. The tested set also has 3 GB of RAM and has native Android 12.

Coming back to the scores, the Galaxy A04s hits 152 points on its single-core tests. And it reaches 585 points when engaging all cores. Something that is considered good for an entry-level smartphone. Note that pre-release benchmarks are rarely precise. 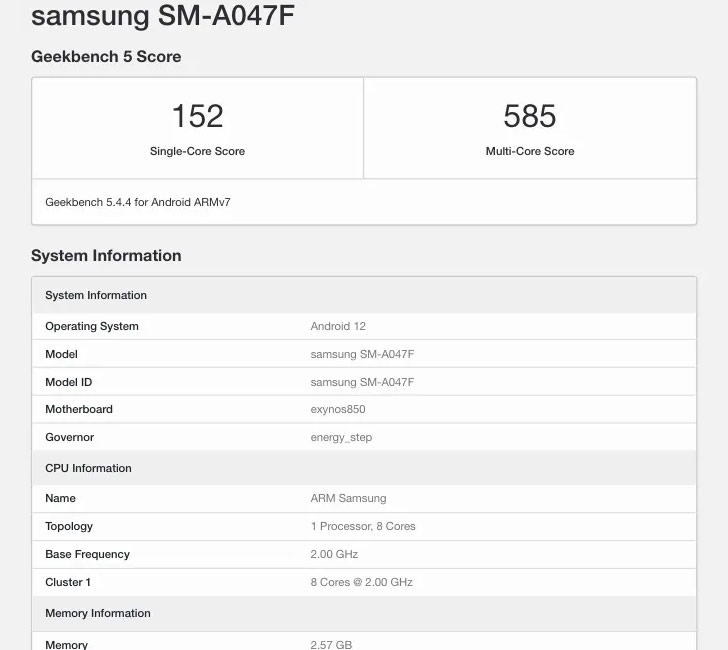 According to the reports shared earlier, The all-new Galaxy A04s will have a 6.5-inch TFT LCD screen and a primary shooter featuring a 13 MP sensor.

For power, the latest Samsung A mobile is expected to keep the battery of its predecessor at 5,000 mAh. However, it is unclear whether it will support a better fast charging technology or will keep the same old 10W.

The source claims the Samsung Galaxy A04s to be still in development and will take some time before it becomes official. However, it is possible that it will be launched in the second half of the year in Asia and other global markets.