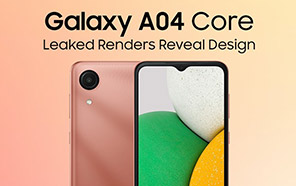 After securing some product certifications, Samsung's new entry-level, the Galaxy A04 Core appears in some detailed renders. The German publication WinFuture .de leaked the visual details of the upcoming A-series handset which will replace the Samsung Galaxy A03 Core. The renders, according to the source, may not be entirely accurate, but they should be close enough, considering that this lineup has seen few visual changes in recent years. 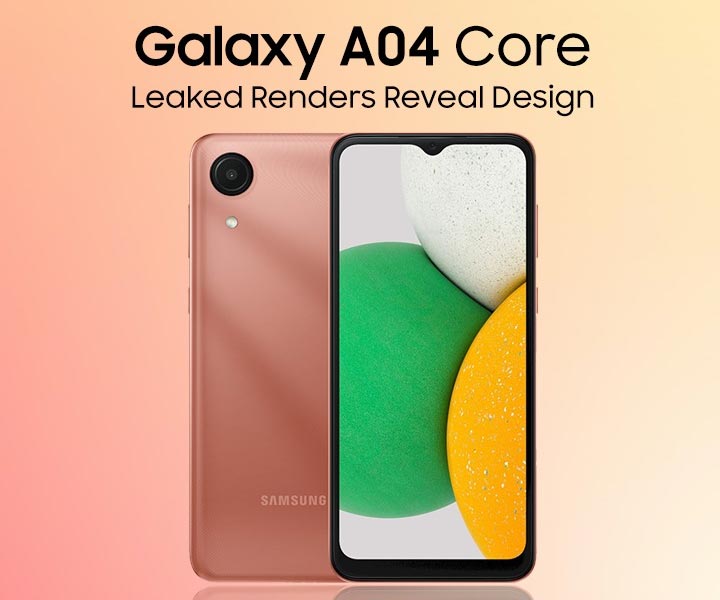 On the rear panel, The notable detail of the Samsung Galaxy A04 Core is the camera module which remains unchanged with only one sensor. The rest of the rear maintains a smooth pattern, while the A03 had small striped details that stood out from the paintwork.

Like the previous model, the upcoming Galaxy A04 Core features an Infinity-V design for the screen notch that accommodates the selfie camera. Likewise, the phone has the same thick bezels with a hefty chin flanking the screen. The cell phone is likely to launch in at least three color options: black, copper, and light green. The exterior colors differ from the A03 Core. The camera specs are said to be the same as well, i.e., an 8MP lens on the back and a mere 5MP lens for the selfies. 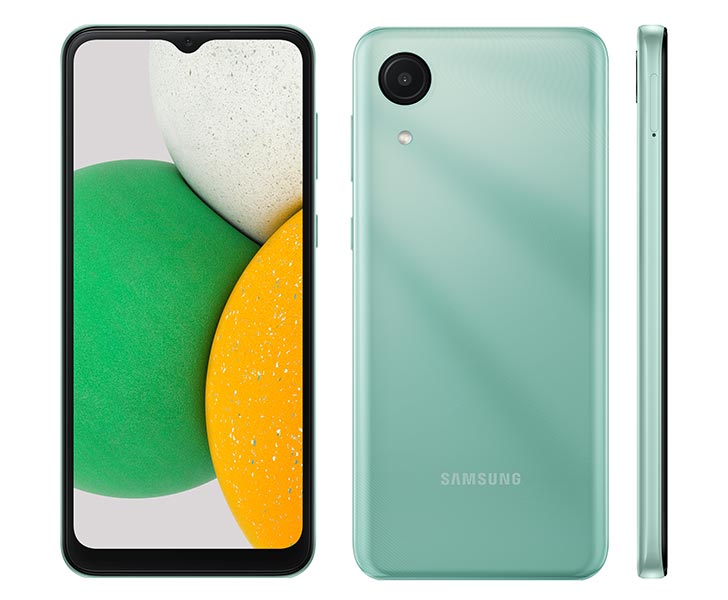 We recently covered the Galaxy A04s, which is said to be launching with the Exynos 850 chipset, as listed on Geekbench. Some rumors suggest that report could also have hinted toward the A04 Core. Anyways, the news is not confirmed as it could also be an upgrade for the Galaxy A03s, so take it with a pinch of salt here. 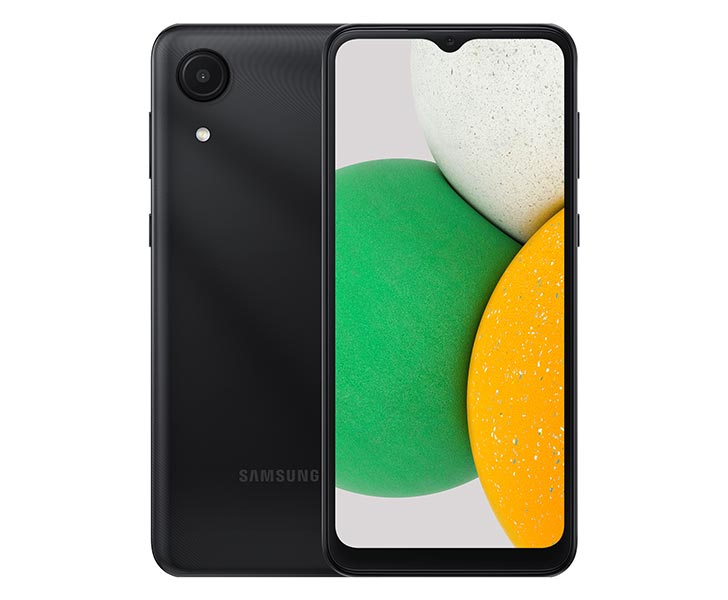 Even though the Exynos 850 isn’t a powerhouse of a processor, it would be a much better choice over the 28nm Unisoc SC9863A. The Exynos chipset is based on an 8nm architecture with all Cortex A55 cores clocked at 2.0 GHz and a Mali-G52 MP1 GPU.

Rumors also suggest that the latest Samsung mobile Galaxy A04 Core will be running the Android Go version instead of the regular one, exactly like the previous A-series have always had. Other information and specification about the smartphone are barely known. We would have to wait for some official news from Samsung to verify all these rumors regarding the A04 Core.