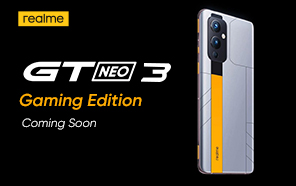 These past two months have been a busy time for Realme, with new releases rolling out almost every week. And the new launches don’t seem to be slowing down since the manufacturer is working on another sibling of Realme GT Master Edition. The upcoming GT Neo3 Gaming Edition was leaked recently. 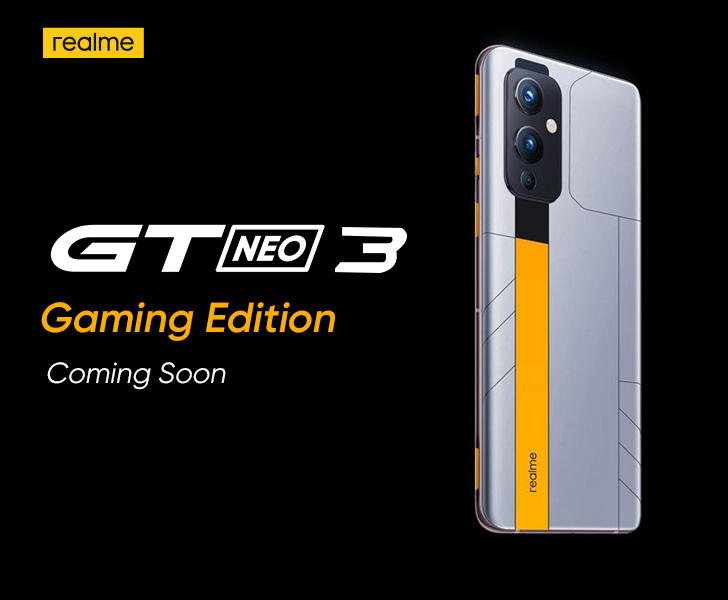 Realme GT Neo3 Gaming Edition is listed on the Geekbench database under the model number ‘RMX3311.’ The MediaTek Dimensity 9000 is at the heart of Neo3 — the highest-end flagship chip from MediaTek. Everything is powered by a 5000 mAh battery and neck-breaking 125W rapid charging.

The leak also includes a preview of the Realme GT Neo3 Gaming Edition. We’re looking at modular, sci-fi accents on the back. And a black and yellow stripe running across the length of the phone. Three lenses and an LED flash are arranged vertically inside a rounded housing. 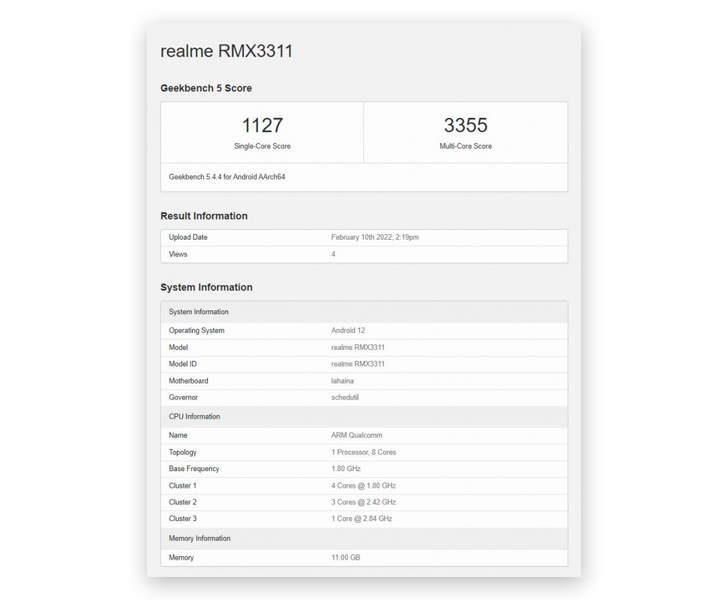 In related news, another Realme GT new model was benchmarked before its official launch. The pre-release benchmarks for the international variant of the Realme GT2 confirm that it runs on the Qualcomm Snapdragon 888. It’s powered by 12GB of memory and Android 12.

The score of 1127 and 3555 points on single and multi-core tests, respectively, indicate flagship-grade performance. Realme has already gone on record to promise the upcoming arrival of the Realme GT 2 series.