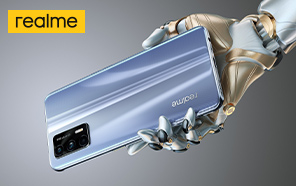 Realme's upcoming flagship, the Realme GT 5G, is debuting on March 4. And as we get closer to the launch, the promotional campaign has picked up the pace. Realme just shared the first posters featuring the phone. 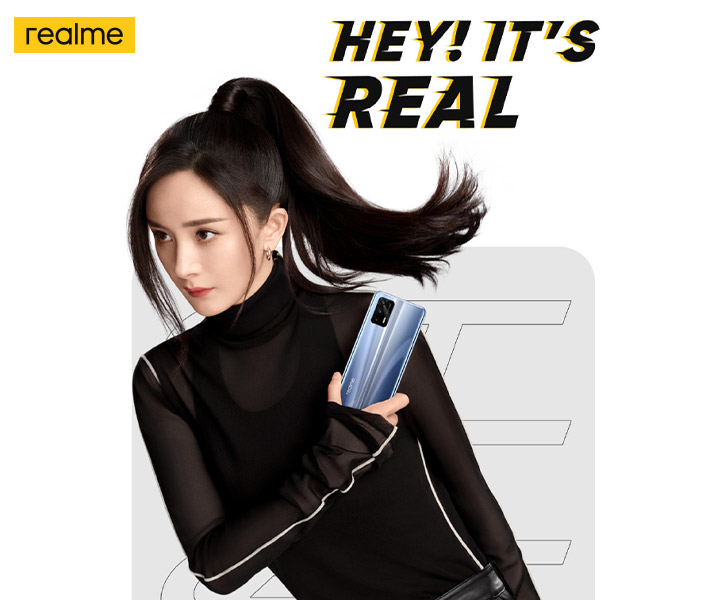 Realme GT 5G has cleared certifications from multiple countries, so once it debuts in China, it’s going global. As seen in the promos, the GT has a generic Realme design: curved glass back, metal frame, and a squared-off camera platform.

Aside from the glass and metal blend, the Realme GT will also be available in faux leather (as Realme and Oppo call it, Vegan Leather) edition. The phone’s camera plate holds three lenses and an LED cluster. Text stamped on the plate reads ‘64MP’ — the other two cameras would make a wide-angle and macro combo, based on an educated guess. 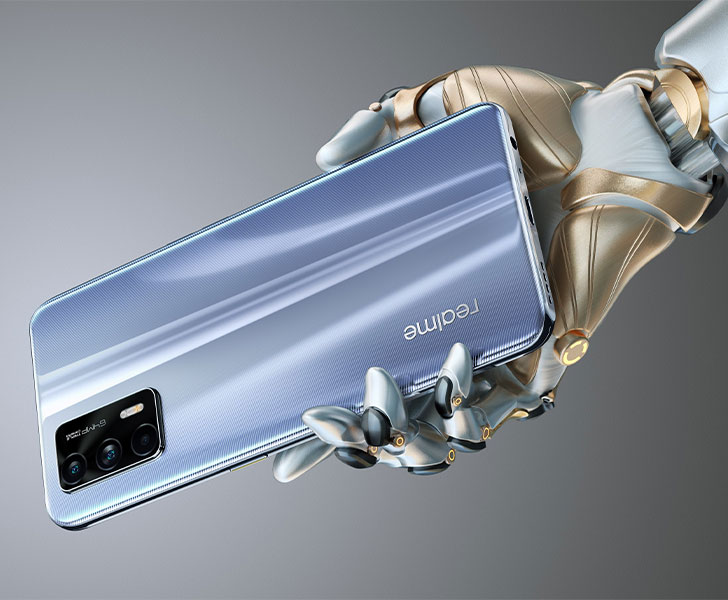 The GT also has a 3.5mm headphone jack right next to the USB-C port and the speaker grille. The feature has practically vanished from all flagship phones, including Realme’s own flagships. If that’s any guide, the new GT line has a different focus than Realme’s traditional X-series. 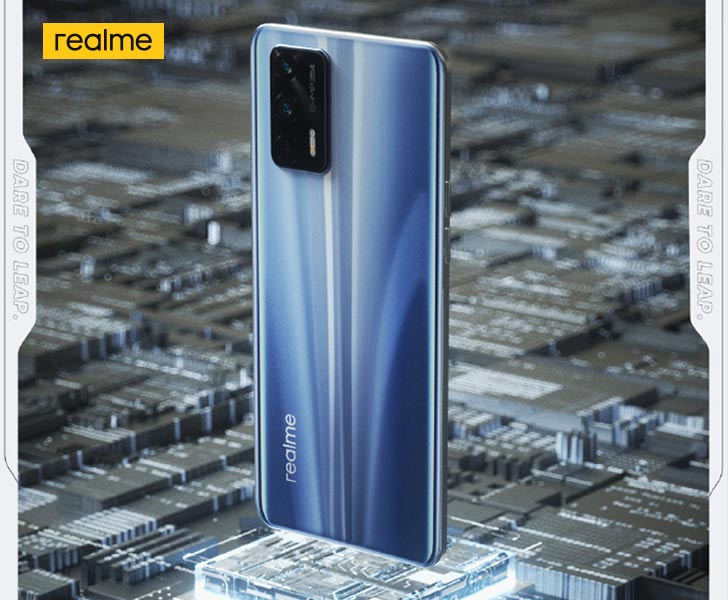 Although it’s not seen in the posters, the Realme GT has a hole-punch screen, according to the phone’s TENNA documentation. We’d be looking at an OLED screen that peaks at a smooth 120Hz refresh rate.

The latest premium Snapdragon 888 powers the Realme GT. It gets 65W fast charging support, realmeUI 2.0, 12GB of memory, and 256GB of storage. There’s also going to be a powerhouse ‘Pro’ edition that truly earns its title: 160Hz display, 125W fast charging, and Snapdragon 888. It’s unclear if Realme plans to unveil it alongside the standard Realme GT.