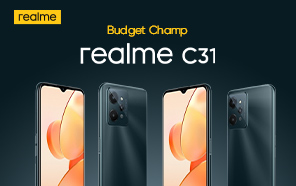 Realme is picking up the pace with new budget phone releases following a long hiatus in recent seasons. The Realme C31 will soon follow the recent Realme C25Y. The upcoming entry-level phone has been the subject of a few rumors and sightings on public certification databases. But the phone's release must be around the corner because its detailed specs and press images have leaked online. 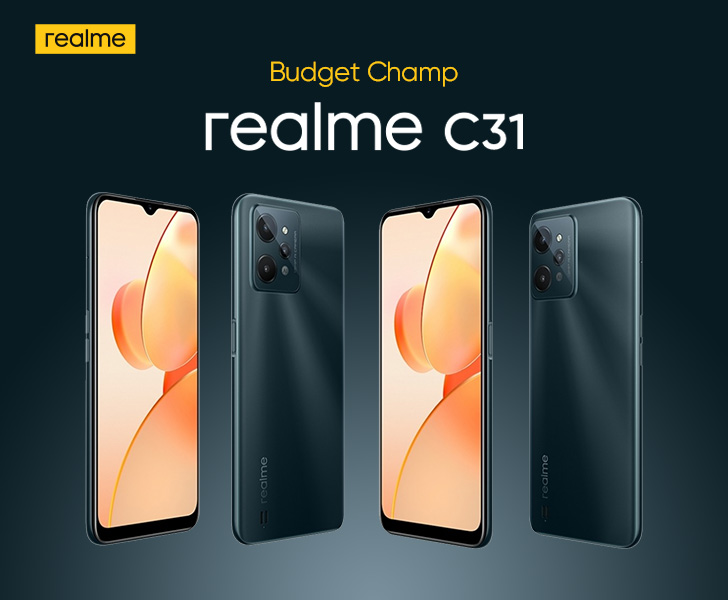 Courtesy of the publication Appuals, we learn that the Realme C31 rocks the unremarkable, barebones features that have come to define Realme's C-series. But this time, Realme has revisited the design.

The new triple-camera layout, boxy plate, and flatter casing align with the much more expensive Realme GT models. The plastic shell and its sunburst finish come in black and violet colorways. 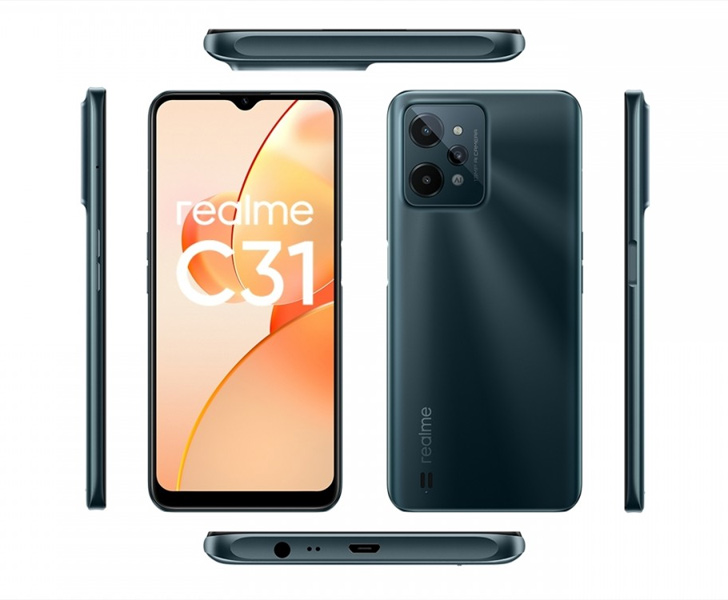 Flip it over to find its 6.5" notched display. It's an underwhelming 720P screen with a poor contrast ratio, standard 60Hz refresh rate, and heavy bezels. The front camera on Realme C's latest model is embedded in its notch is an equally mediocre 5MP shooter. A dual-camera system on the back features a 13MP wide and 2MP portrait duo. Realme C31 can shoot in HDR, Night, Portrait, and Pro modes.

Everything runs on a 5000 mAh battery, powered over an ancient micro-USB port (another corner Realme cut to keep the costs low.) There's no fast charging support offered. But the storage is expandable; there's a single speaker on the back and a 3.5mm audio jack on the frame. You can pick from 3GB+32GB and 4GB+64GB variants. The Realme C31 starts from EUR 129 (~ Rs. 25,700.)