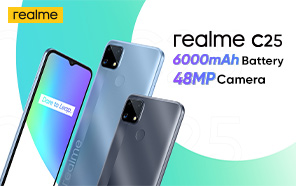 Realme’s latest generation of budget C-series phones grew by another member. Realme C25 is yet another wallet-friendly phone but not as bare-bones or entry-level as the recent Realme C21. It debuted in Indonesia and should soon be headed to other Asian markets. 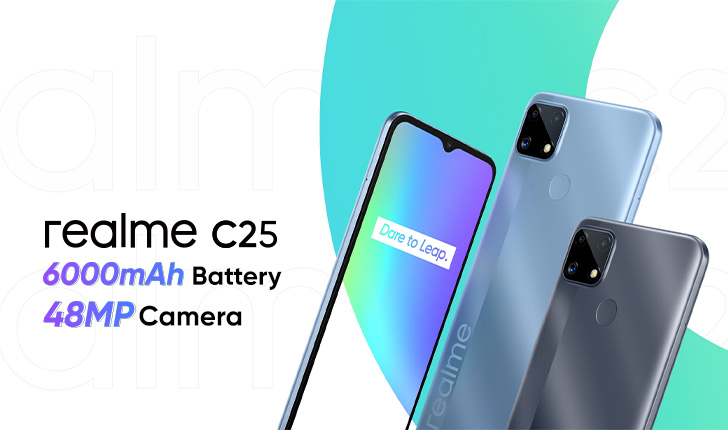 Realme C25 is in a head-to-head contest with the Redmi Note 10 series (Xiaomi has introduced a string of new upgrades for their budget phones this year,) so Realme is upping the ante too.

In contrast to the lukewarm Realme C21, the C25 has the more powerful Helio G70 at its heart. Plus, the phone’s behemoth 6000 mAh battery can be quick-charged at 18W with the power adaptor shipped alongside it. Expect two-day battery life out of a single charge because the display and chip are both low-powered. 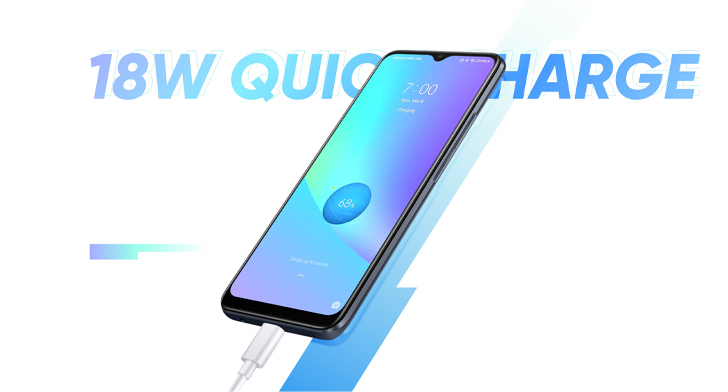 Speaking of the feature, we’re looking at an entry-level screen. It’s a 720P IPS LCD with only 480 nits of peak brightness and a chin that limits C25’s screen ratio to 88.7%. No bells and whistles are added to the panel of the new addition to the Realme price list.

It’s quickly unlocked using the trustee fingerprint scanner on its back. Realme has also secured a TÜV Rheinland certification for the phone for reliability and durability over years of use. If you’ve seen one C-series phone, you’ve seen them all; Realme C25 is no exception. Its glossy duo-tone shell comes in charcoal and blue colors. 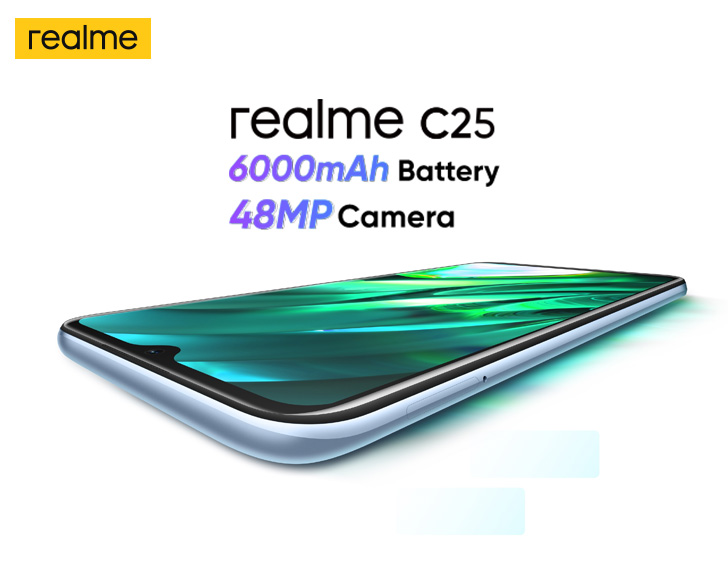 The phone has a predictable camera system to match too. Realme C25’s triple-camera features a 48MP f/1.8 lens and two 2MP sensors designed for portrait and macro photography. We find an 8MP f/2.0 front camera inside the notch.