Realme C25s is Launching in Pakistan Next Week With Helio G85 and a Massive 6,000mAh Battery

Realme C25s, a new performance-first budget phone from the brand, is coming to Pakistan soon. The C25s has already made its debut in Asia, featuring a value MediaTek gaming chip. And Realme Pakistanā€™s social media shared the launch timeline for the upcoming phone. 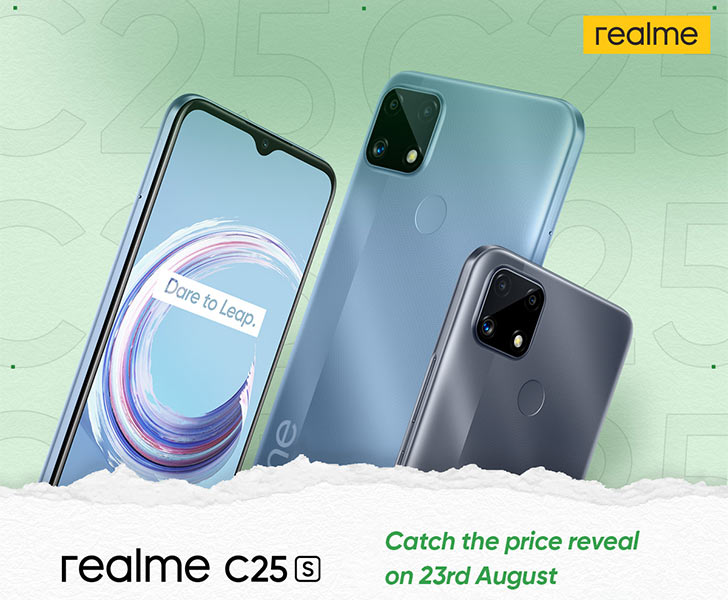 From Realme Facebook and Twitter pages, we learn that the Realme C25s is slated for release in Pakistan on 23rd August. The specs for the phone are already known, but the pricing will not be revealed until the official launch. Weā€™ll review what the C25s has to offer.

Starting with the performance details, the Realme C25s has the 12nm MediaTek Helio G85 at its heart, clocked at 2.0GHz. Itā€™s powered by a massive 6000 mAh battery that easily survives a day of heavy use. Realme ships the phone with an 18W charging brick. 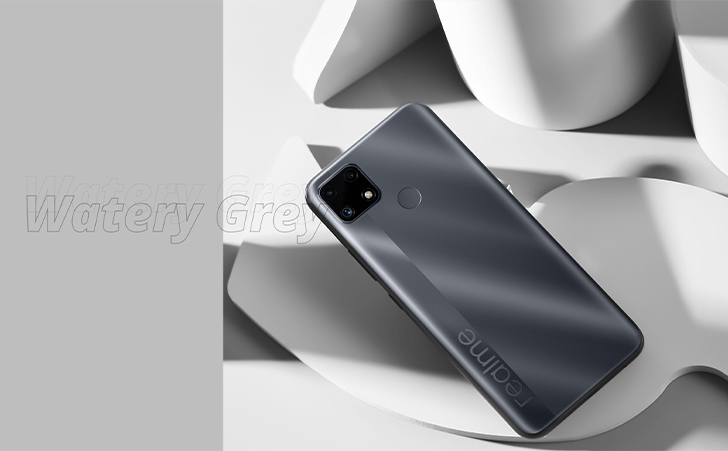 Plus, software tweaks like the super power-saving mode can stretch the last 5% of your battery life by up to 5 hours of music streaming. Realme UI 2 runs on the device. You get 4GB of memory and 128GB of storage, expandable via a microSD card.

No word on the Realme mobile price yet but the design is nothing ground-breaking (if youā€™ve seen one C-series phone, youā€™ve seen them all.) Realme makes the shell out of plastic with a subtle grainy finish and a standard back-facing fingerprint scanner. You can pick from Watery Grey and Watery Blue finishes. Three cameras are housed inside its squarish plate. 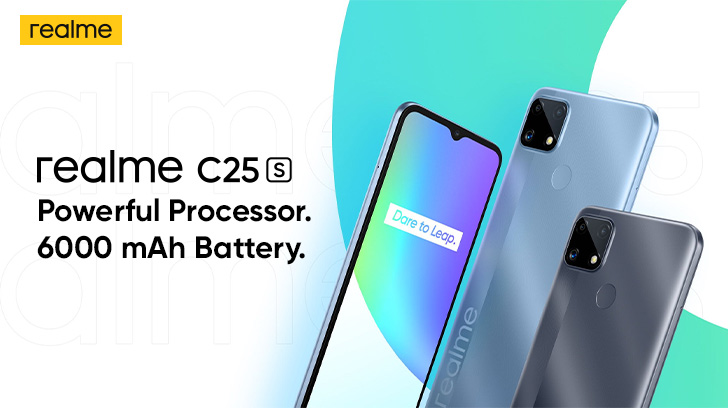 It is an array of three lenses ā€” a 13MP wide camera, a 2MP macro lens, and a low-res B&W sensor. Other than the dedicated ultra macro mode, the Realme C25s can also shoot in Super Nightscape mode. The front camera is 8MP.

Flip the Realme C25s over to find a 6.5-inch IPS LCD screen that delivers a 720P resolution and 570 nits of peak brightness. It has a notch bleeding into it that contributes to a screen-to-body ratio of 88.7 percent.