An inside source informs WhatMobile that Realme is introducing the much-anticipated Realme C12 in the following week, alongside a series of other Realme products. The launch will feature a new Realme smartwatch, the Power Bank 2, and Realme TWS Buds Q, and is being held on August 18 in Pakistan and India both. 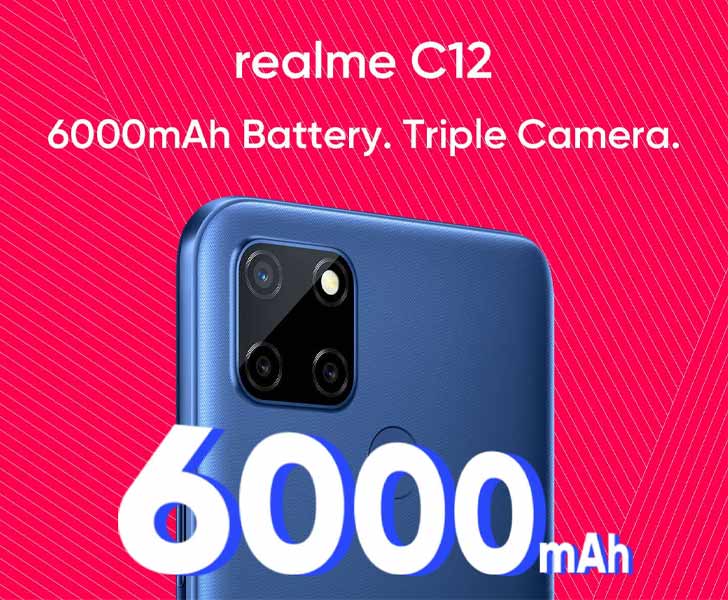 We’ve extensively covered the Realme C12 leaks, but for our readers out of the loop, here’s a quick breakdown. As per the event page on Realme’s website, the C12 has an almost identical design to the recently-introduced Realme C11, down to the camera placements and layouts.

Instead of a quad-camera array, the C12 has a triple-camera system and LED flash, arranged in a matrix style. Inside these cameras, live a 13MP primary camera, a portrait sensor, and a macro lens — augmented with AI features like chroma boost, HDR mode, and Super Nightscape. 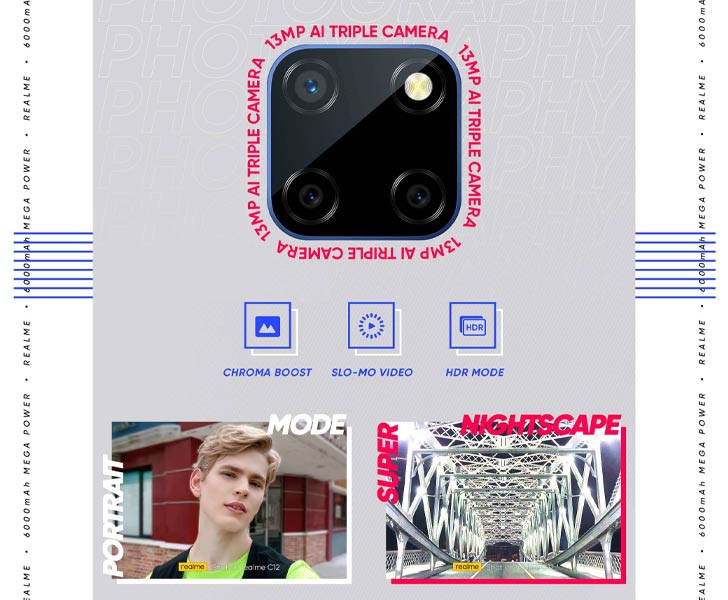 While Realme’s teasers haven’t revealed the C12 processor details yet, Our sources confirm that it’ll feature a MediaTek Helio G35 processor, combined with up to 3GB of RAM at an affordable Realme price tag. For biometric security, a round fingerprint scanner occupies the middle of the rear-shell — which is seen wearing the same glossy blue shade as the C15. 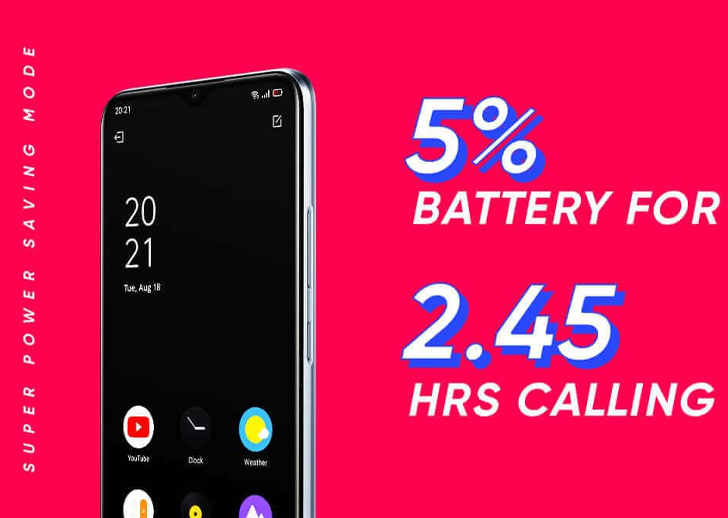 The Realme C12 teaser page gives us the battery details and judging by those, Realme is stepping up its performance game. The C12 is set to run on a robust 6,000 mAh battery that offers as much as 28 hours of video streaming, 60 hours of music, and an astonishing 57 days of standby.

Even when the charge is down to 5%, the newly-introduced ‘Super Power Saving’ mode can rescue you with up to 2.45 hours of usage. However, Realme C12 will charge over a previous-gen micro-USB port, if the C15 with its same port is any guide.