An exclusive WhatMobile source reports that the Realme C11 is soon coming to Pakistan carrying an amazing Oppo mobile price tag. The launch is scheduled on eid before July ends, albeit we don’t have a definitive date yet. Here’s the scoop. 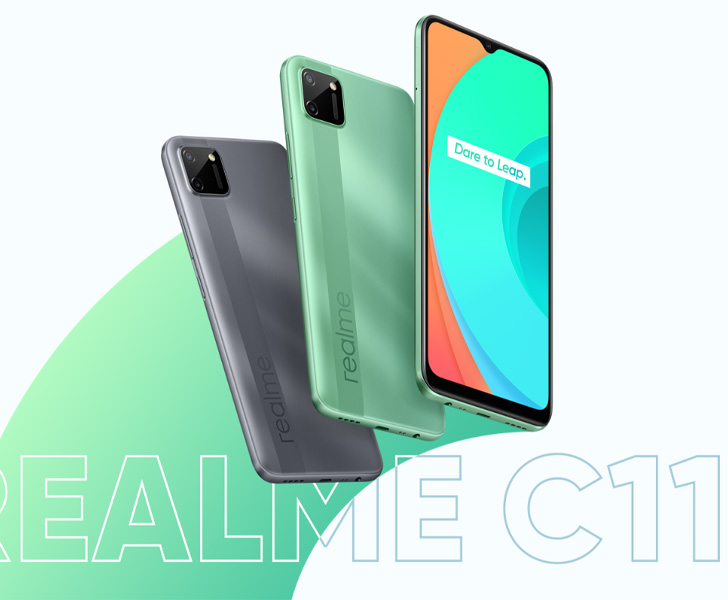 The Realme C11 is a budget-friendly Realme, featuring a revised design language and entry-level specs. Its 6.5” screen stretches from corner to corner, with a notch carved into it, delivers an HD+ resolution, and reaches 88.7% in screen-to-body ratio.

Flip the new Realme over to find a geometric design that comes in Mint Green and Pepper Grey. The C11 build doesn’t have fingerprint support, but you can secure your phone with ‘Face Unlock’. 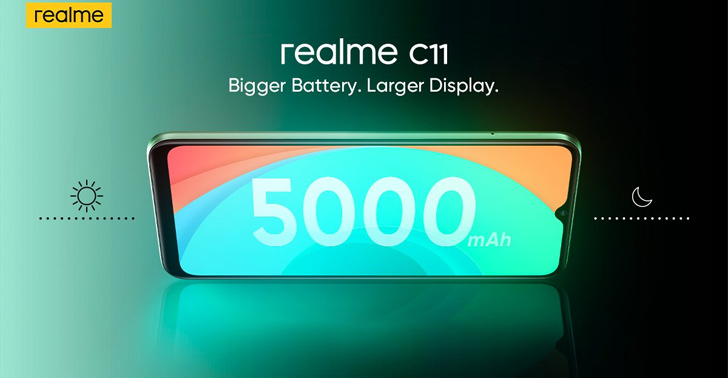 Pop the hood, and you’ll be greeted by MediaTek’s Helio G35 processor and a massive 5,000 mAh battery. C11 doubles as a battery bank thanks to the Realme reverse charging support and can last you as much as 12 hours of continuous gaming. C11 would be the first phone in Pakistan to feature this new chipset from MediaTek. And Realme promises better performance compared to other processors in this bracket. It has a 64-bit octa-core CPU and a 12nm wafer baked into it. 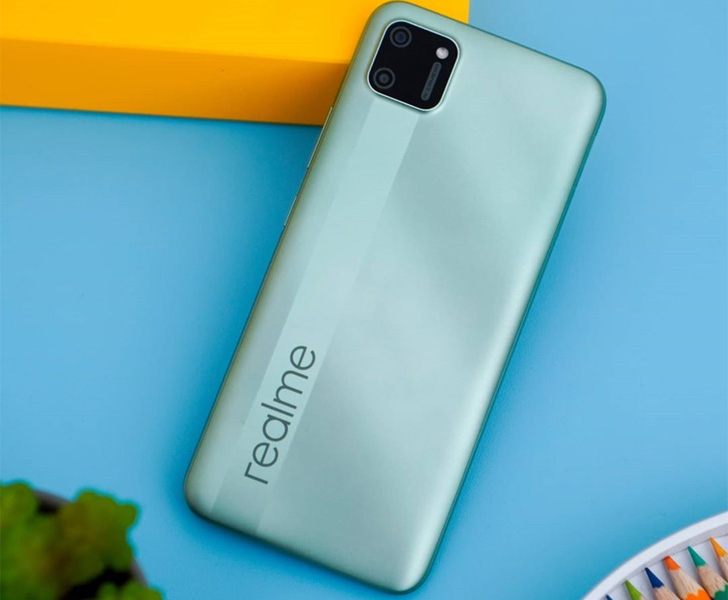 The dual camera of Realme C11 is bound inside a squircle housing, and it uses a 13MP main sensor combined with a 2MP portrait lens. The front camera is an AI-powered 5MP module. While the aperture is far from ideal, the dedicated ‘Super Nightscape Mode’ when toggled on can produce improved low-light shots.

It comes with 2GB of RAM and 32GB of native storage (expandable up to 256GB thanks to the 3-card slot. Realme ships the C11 with the realmeUI onboard, and it’s expected to start at Rs. 19,999.