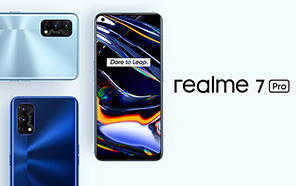 Realme's new flagship-killer Realme 7 series, features two editions: Realme 7 and Realme 7 Pro. They haven’t made the announcement yet, but our sources tell us that the two models are launching in Pakistan in the first week of November. The duo is feature-rich and performance-focused while giving you incredible value for your money. 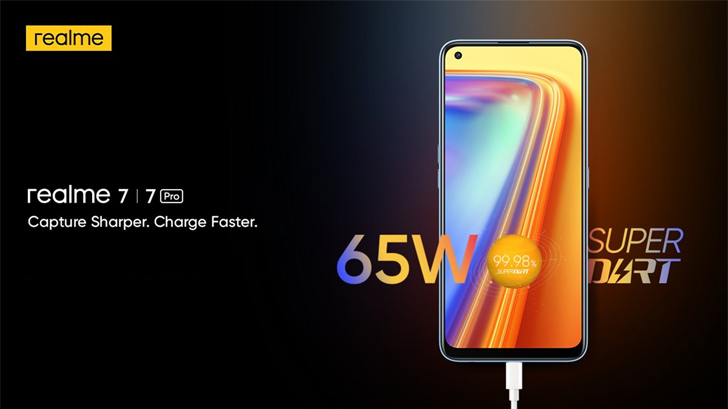 MediaTek’s top-of-the-line Helio G95 gaming processor debuted with the standard Realme 7. Inside the chipset, we have an eight-core CPU reaching up to 2.05GHz and an ARM-made Mali G76 GPU. A massive 5000 mAh battery with 30W Dart Charging support powers this setup. It can top your phone up from 0 to 50% in only 26 minutes.

Realme has equipped it with a carbon fiber cooling system to minimize drops in performance from heat. It’s a solid, respectable spec sheet for its price. 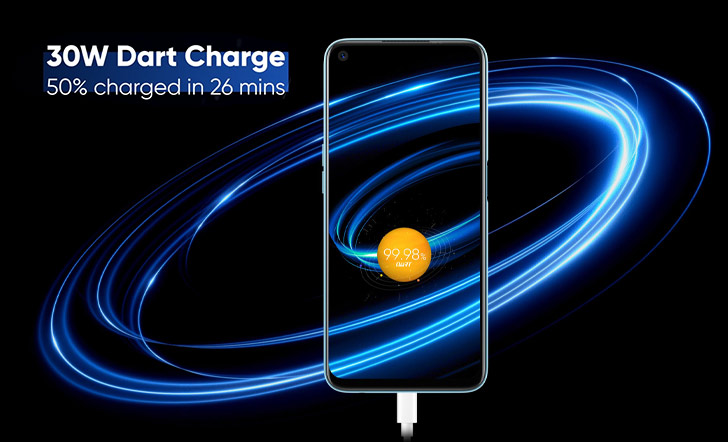 Realme 7 has a hole-punch cutout in the corner for the 16MP in-display selfie camera. Plus, minimal bezels all around. Then we have the display that operates on a smooth 90Hz refresh rate — that means a more fluid UI and more responsive gaming. It’s a standard 6.5” full HD+ IPS LCD screen, covered in Gorilla Glass 3. The fingerprint scanner is mounted on the side. 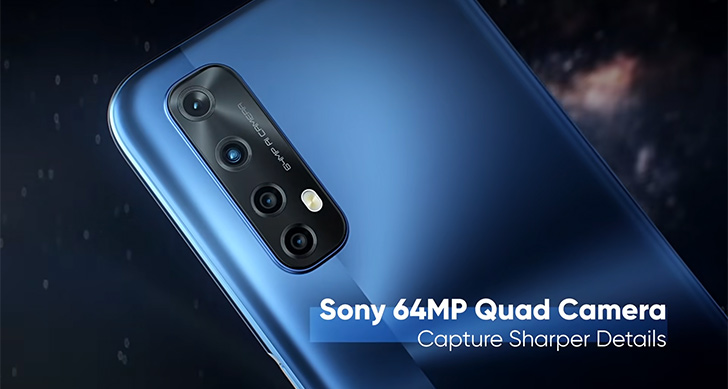 The camera system on Realme 7 is headlined by the 64MP Sony IMX682 sensor — The same Sony sensor powers cameras on the new Xiaomi Poco X3 or the Samsung Galaxy M51 too.

Next to the main sensor is an 8MP wide-angle camera with a 119° field-of-vision, a 2MP macro camera, and a 2MP lens designed for portrait processing. Realme 7 adopts Realme’s new mirror design, available in Mist White and Mist Blue. It’s expected price is Rs. 38,999.

As you’d guess, the Realme 7 Pro is a souped-up version of the standard Realme 7. With its exceptional fast charging, an OLED display, and a Snapdragon chipset from earlier this year, the Realme 7 Pro lives up to its ‘Pro’ title. 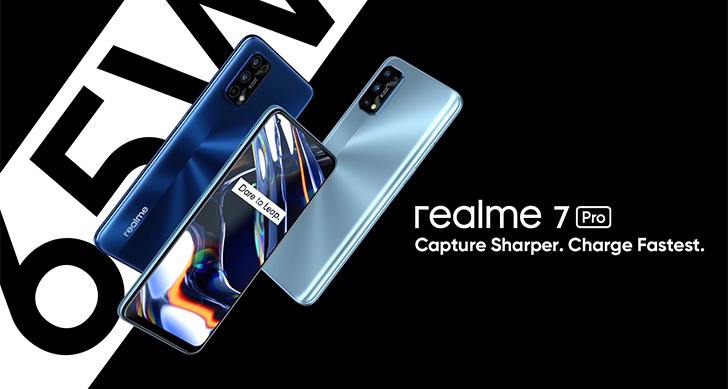 The highlight would be the fastest-in-tier 65W SuperDart charging. You won’t find speeds that high in this price bracket — Realme 7 Pro is the only exception. It can fully charge the 4500 mAh cell in under 35 minutes. At its heart, the flagship-killer has the Snapdragon 720G processor with a 2.3GHz CPU and an Adreno 618 GPU baked into it. If we look at the competition, the Poco X3 has the newer Snapdragon 732G, but it misses out on the cutting-edge fast charging and AMOLED.

At 6.4”, the Realme 7 Pro has a slightly smaller display with a similar hole punch design. But it’s a full HD+ screen with an in-display fingerprint reader. The camera array is carried over wholesale from the Realme 7.

The back also sports a similar mirror design in deep blue and silver colors. And there’s a faux leather special edition too. Realme 7 Pro might be priced around Rs. 45,999.