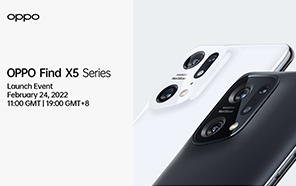 The Oppo Find X5 series has made many headlines over the past few months. But now that we’re only a week away from the official launch, Oppo is sending out invites for the event. Several previews of the Oppo Find X5 and Find X5 Pro are also up on the official website. 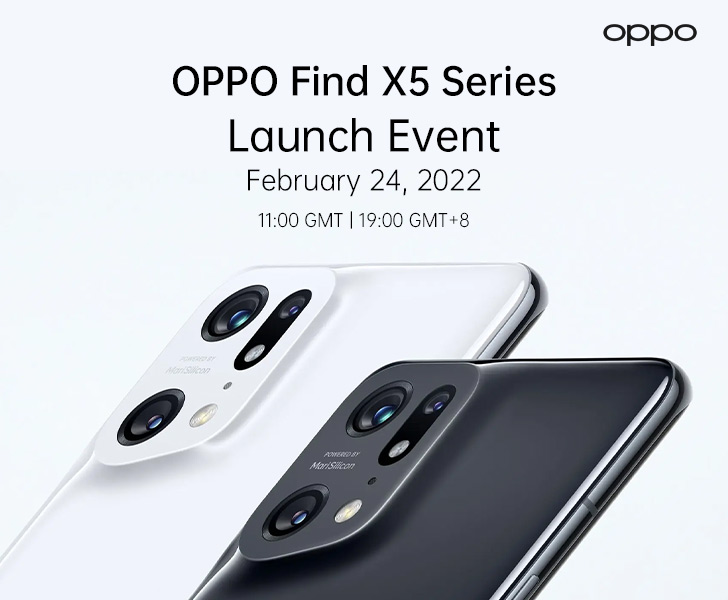 Oppo Find X5 Pro and Find X5 are slated for debut on February 24. The two flagships will be the highlights of the show. But Oppo also has a new tablet, a pair of TWS earbuds, and a wearable in store for us.

Following the typical Oppo release calendar, the Find X5 and Find X5 Pro will be announced as China-exclusive phones first. The international release is coming later in March at the Mobile World Congress (MWC) 2022. 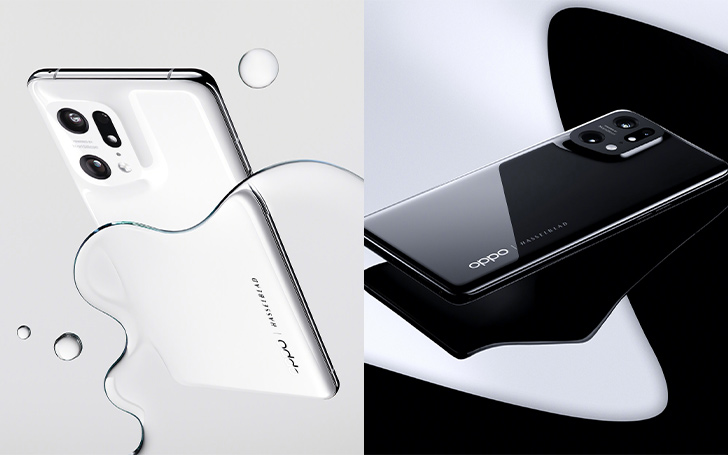 Oppo Find X5 series sticks to the design language introduced last year. The two phones rock the familiar one-piece design where the camera bump appears sculpted from the casing. It melts into a shell, but the shape of the new Oppo Find mobile is more amorphous now. You can pick from the glassy, elegant black, and clean ceramic white finishes. 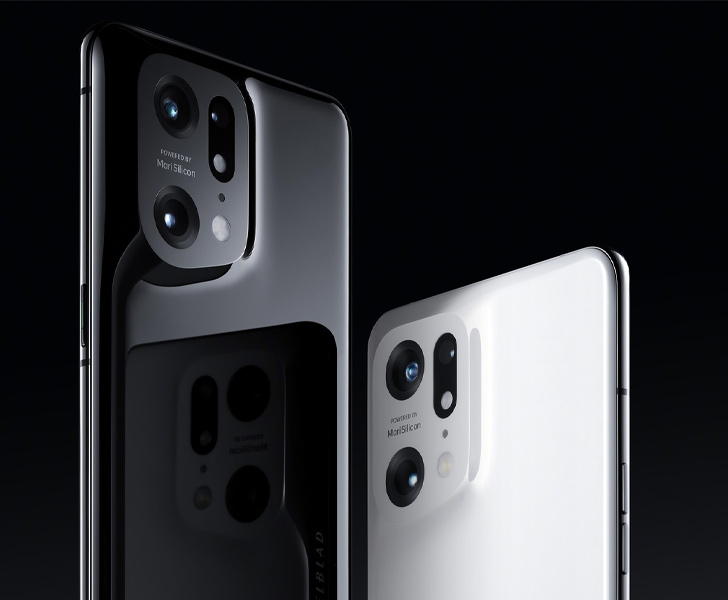 Three lenses and an LED flash are housed in the camera hump. It’s a cluster of 50MP wide, 50MP ultra-wide, and 13MP telephoto shooters. Oppo partnered with Hasselblad to co-engineer these cameras. Plus, the custom Marisilicon image signal processor inside the phone is supposed to offer improved photography.

Both phones use OLED screens. But the Find X5 Pro has a larger and sharper QHD+ panel, while the Find X5 features a 1080P resolution. Rumor has it that the baseline Find X5 runs either on MediaTek Dimensity 9000 or the Snapdragon 888+. The Pro model has the most cutting-edge Snapdragon 8 Gen 1 at its heart. Oppo has also bumped up the wired charging power to 80W.