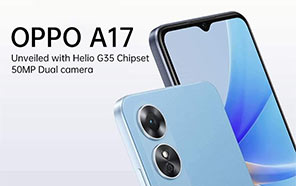 In an un-prompted move, OPPO has released yet another budget segment smartphone. It belongs to the brand's A-series and goes by OPPO A17. To no one's surprise, every aspect of this phone seems to align perfectly with previously leaked renders and rumored specs. Let's take a look. 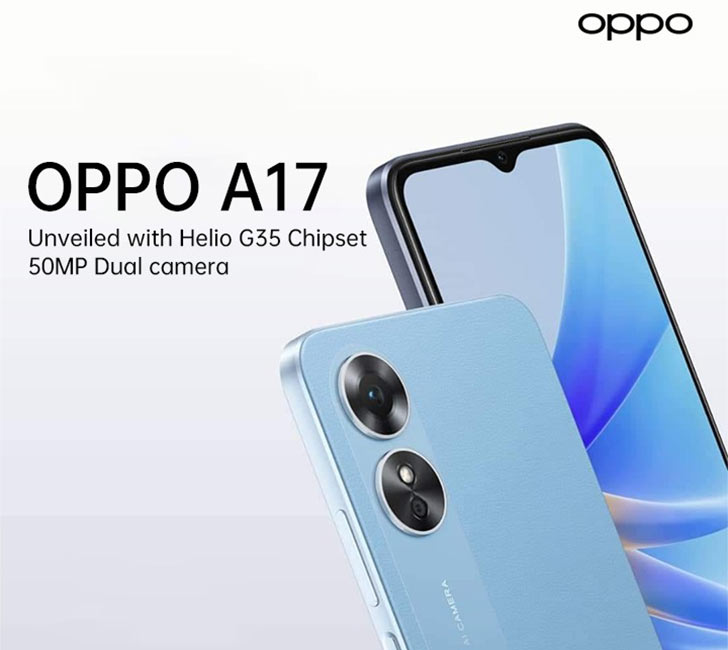 As suspected, the sequel to the last year's OPPO A16 has a faux leather finish and a slender frame. Apart from the front, A17 looks like an all-out premium phone. With the blend of flat metallic edging and round corners, it features two soft pastel colors, Lake Blue & Midnight Black.

Compared to the design, the hardware specs on A17 seem rather bleak. A water-drop notch up front melts nicely into a 6.56-inch IPS screen. The mesh has HD+ resolution, color accuracy rated at 100% DCI-P3, and a standard refresh rate of 60Hz. Despite its premium finish, the black borders around the screen remain chunky. 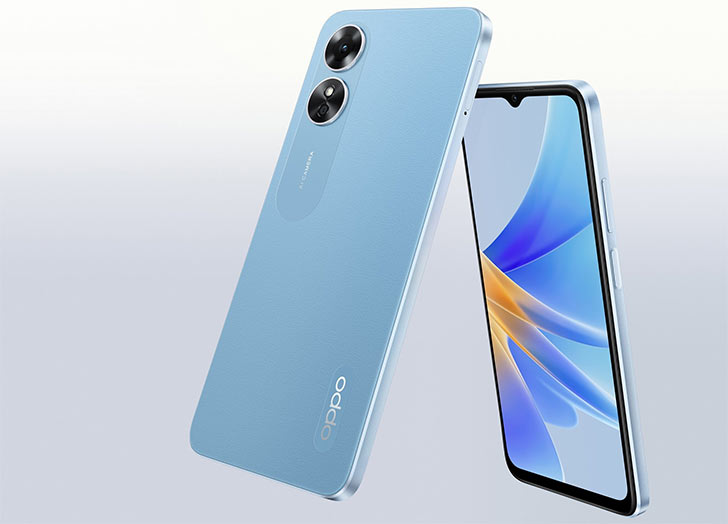 The horsepower on OPPO's new 4G model comes from Helio G35 SoC — an octa-core chip based on a 12nm node and 2.3GHz max clock speed. A 5000mAh battery under the hood energizes the whole package. With the ability to charge at 10-Watts, the A17 offers Super Power Saving Mode, and Super Night-time Standby features for extended battery life.

CLICK HERE TO SEE
OPPO A17 Price in Pakistan & Specs

A17 runs Android 12-based ColorOS 12.1 UI right out of the box. There are two individual camera mounts on the back; one has a 50MP primary sensor, while the other has a flash and 2MP secondary lens. For now, OPPO A17 is only retailing in Malaysia at a price tag of almost 130$ or ~PKR 31,000. For this competitive price, it brings IPX4 water resistance, 64GB memory, and 4GB RAM.