The Google Console Play database has been the source of a slew of rumors recently, and in a new development, the Infinix Zero 8 has been published in a listing, alongside a render. Note that the Chinese smartphone maker also posted a teaser trailer for the device but took it down shortly after. 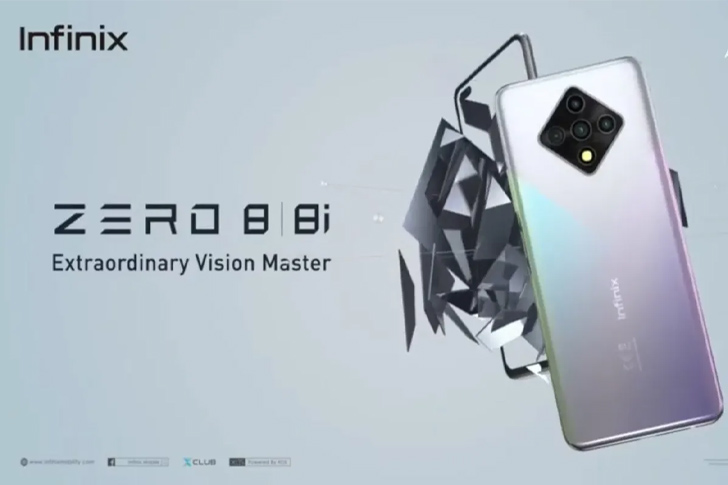 Based on the public information available on the Console listing, The Zero 8 is a flagship Infinix. Featuring an FHD+ display with two holes punched into its corner to house the dual front-camera array, the Infinix-X687 has a screen refresh rate of 90Hz that operates at a 180Hz touch sampling rate and 480DPI.

The screen is surrounded by lightweight bezels all around, although the listing doesn’t showcase the Infinix rear-facing panel of the Zero 8, the teaser gives us a sneak preview. 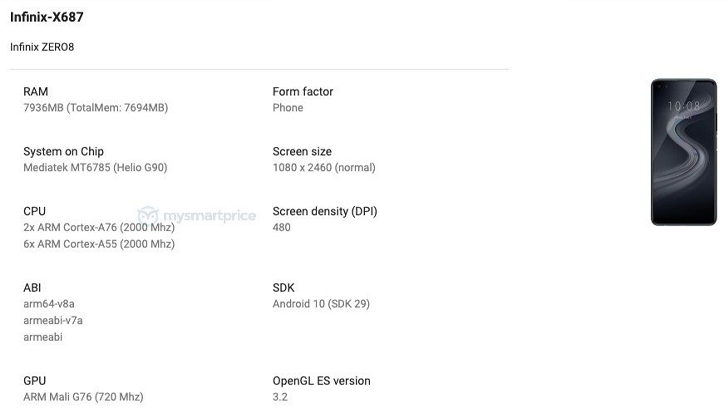 The camera system features a quad-camera powered by a 64MP primary camera and a periscope style telephoto module. This array is bound inside a diamond-shaped camera island, boxy and fresh in design. The cameras on the front of the Infinix Zero 8 use a 48MP + 8MP ultra-wide-angle combination.  If all goes well and the handset manages to reach Pakistan, it'll be a great addition to the Infinix price list in Pakistan. 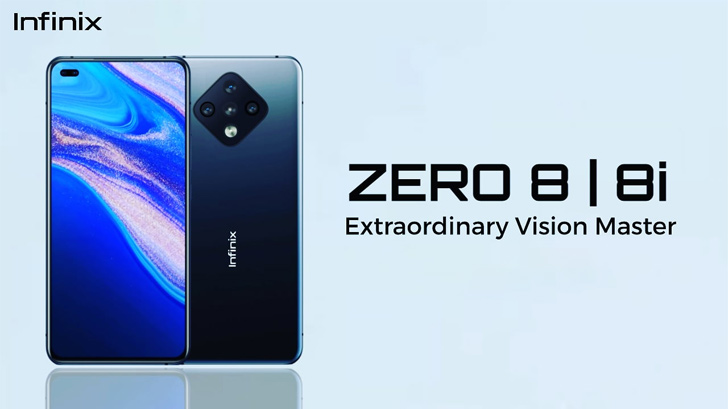 MediaTek’s Helio G90 platform, its Mali-G76 GPU, and at least 8GB of RAM handle the number-crunching. While the Google Play database doesn’t give us the battery details of the Zero 8, a TUV Rheinland listing titled under the same model number points to a 4,400 mAh cell.

The fast charging tech accompanying this battery is still a mystery, but speculation suggests 33W fast charge over a USB Type-C port. As per the teaser mention earlier, the Zero 8 will debut with a more affordable, Infinix Zero 8i edition as well. Infinix ships it with the latest Android-10-based XOS. Given that the company released a trailer and the relevant listings going live, the Zero 8 launch shouldn’t be far off.