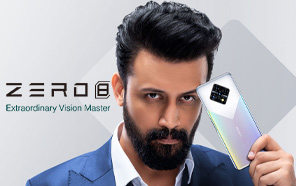 Infinix Zero 8 Series is Launching in Pakistan on October 8, Pre-orders Start from October 11

Infinix recently refreshed its lesser-known Zero lineup with the new Zero 8 and Zero 8i. Unlike the recently added models to the Infinix price list, the Zero 8 is higher-end, featuring a big fluid display, a photography-first build, and fast charging, bundled in a fresh design. It’s being announced in Pakistan on October 8 and pre-orders start from October 11, whereas the official sales start from October the 15th. Here’s everything you need to know.

We start with the giant 6.85” display of the Infinix Zero 8 with a wide hole-punch carved into its corner to house the dual front cameras. Its resolution goes up to FHD+, operating on a fluid 90Hz refresh rate and a responsive 180Hz touch sampling — the first Infinix to debut with a refresh rate higher than 60Hz.

The plastic back sports a one-of-a-kind design: we’re looking at an oversized diamond-style camera island with four lenses and an LED flash arranged inside. Infinix 8 comes with a duo-tone reflective ‘gem cut’ design that geometric and dynamic. It’s clean, fresh, but garish. You can pick from a green, pink, and black palette. 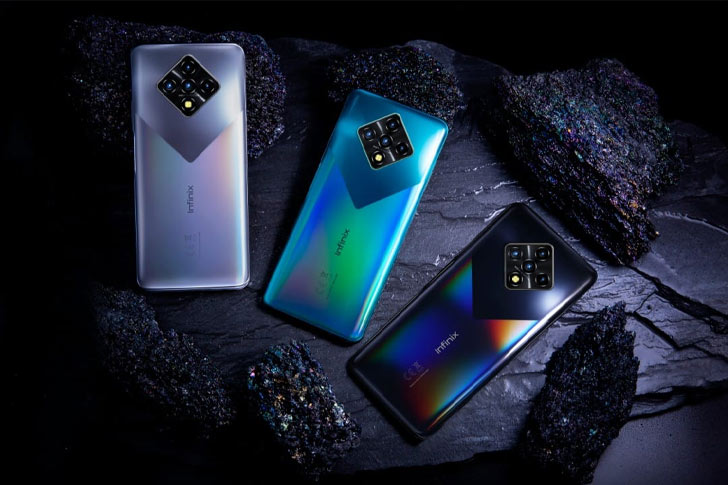 The Zero 8’s highlight would be its quad-camera that uses a Sony-made 64MP main camera, a dedicated night mode lens, a bokeh sensor, and an 8MP wide-angle camera. You get a 48MP main camera on the front and an additional 8MP camera for wide-angle selfies. When taking portraits, the setup has the eye-tracking focus, augmented further with AI. When the sun goes down, you can toggle the dedicated Night Mode on. The setup can shoot in 4K, stabilized by a combination of EIS and Gyroscope. 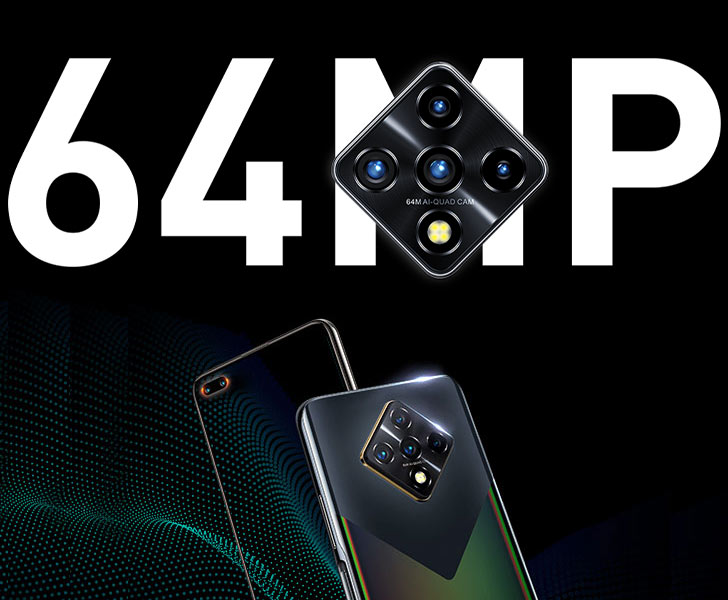 MediaTek’s Helio G90T is at the heart of the Infinix Zero 8, paired with 8GB of memory and 128GB of user-expandable storage. Expect upper-mid-range performance out of the Zero 8 since the chipset — although solid for its tier — is previous-gen.

The battery capacity is a decent 4500 mAh, that charges over 33W. For heat dissipation when you’re gaming, the Zero 8 also has a cooling system onboard. The software optimization is delivered by the XOS 7, based on Android10. It might be priced around Rs. 39,999.