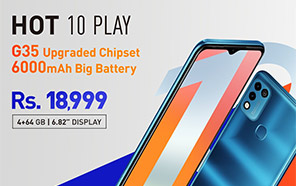 Infinix launched the 4GB/64GB variant of the Hot 10 Play in Pakistan today, just like WhatMobile predicted last week. The entry-level sibling of Infinix Hot 10 has a predictably barebones spec sheet with a few value features thrown in to round off the setup. 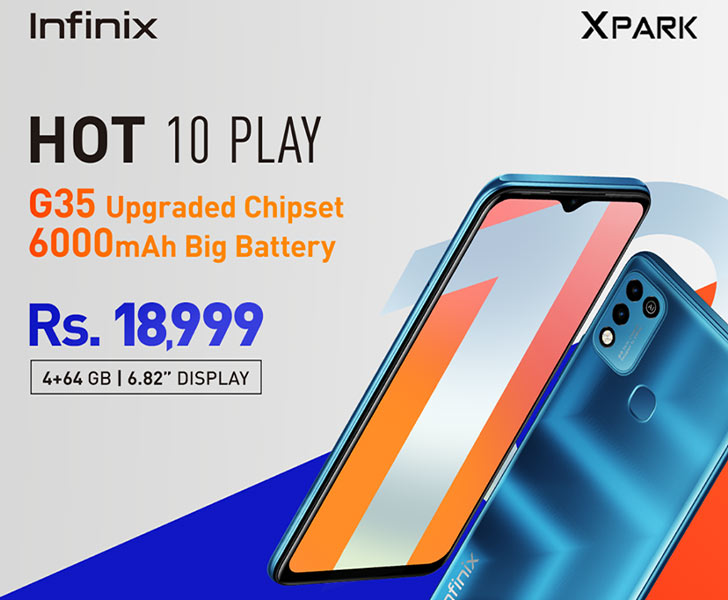 Let’s start with the one that stands out the most, the battery capacity. We’re looking at a 6000 mAh battery that charges over 10W. The Infinix Hot 10 Play, thanks to its underpowered chip and screen, can last you over 155 hours of music playback and 53 hours of talk time. Plus, software optimizations can extend the battery life even further.

MediaTek Helio G35, a budget chip from mid-2020, powers the Hot 10 Play. Compared to the Helio G25 in the 2GB Hot 10 Play, this chip is 35% faster. It comes in two editions: 4GB+64GB and 2GB+32GB. The former is the latest one, but both versions are expandable thanks to a dedicated microSD card slot. 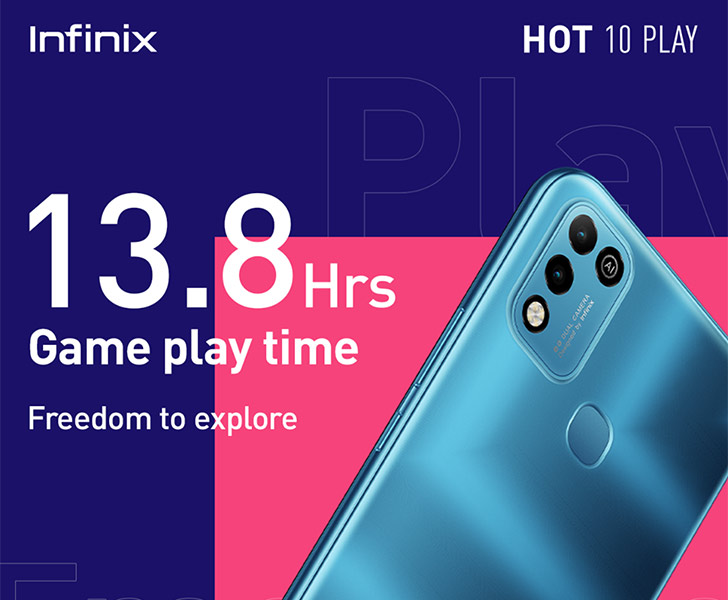 Instead of full-fledged Android, the phone boots to Android10 Go. It’s an edition optimized for entry-level devices. Similarly, the USB interface is the dated MicroUSB 2.0. But note that the new Infinix model 2021 features a rear-facing fingerprint scanner, which most of its competition is missing. 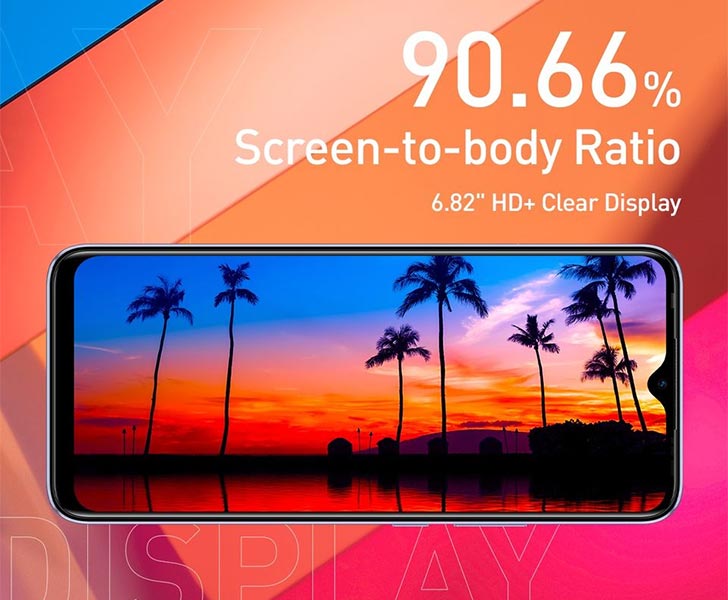 The build of the Infinix Hot 10 Play is plastic with a glossy, textured finish on it. A 3.5mm headphone jack rests next to the micro-USB port. The screen uses a large IPS LCD 6.82” panel, produces a 720P resolution and has a notch cutout. The main rear cameras rest inside a box-shaped housing. This camera array is made to look like a quad-camera, but it only has a single 13MP f1.8 lens. Selfies are taken with an 8MP front camera.

Infinix Hot 10 Play comes in grey, mint, blue, and silver color options. It’s currently up for pre-order, starting from Rs. 18,999. The window lasts until February 19, and Infinix is offering free TWS earbuds with every pre-booking.