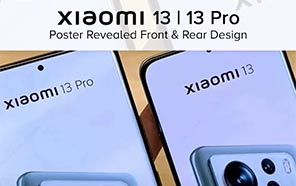 Reportedly, Xiaomi is about to expand its flagship portfolio once more with the addition of the Xiaomi 13 and Mi 13 Pro. By all accounts, these phones are under every tipster’s radar, and every shred of information that gets leaked; goes viral immediately. In a similar instance, an alleged leaked poster of the Mi 13 & 13 Pro is doing rounds on the internet. 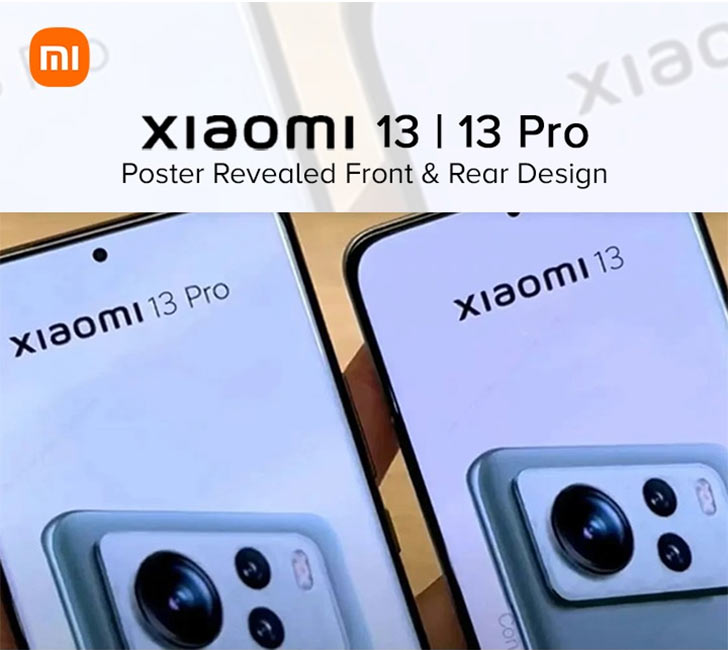 The image showcases the hands-on preview of Xiaomi 13 Pro & the standard 13 models. In addition to their form factor, the image reveals a curved display on the bigger Pro model, while the vanilla model appears to have a flat-screen. Each phone has a pin-hole selfie camera cutout.

Each phone has an image opened on the screen, presenting the rear views and camera setups of the phones. Both upcoming models sport a rectangular camera platform with a sizable primary lens, two assistive sensors, and a flashlight. The primary lenses might have the underlying 1-inch image sensor. 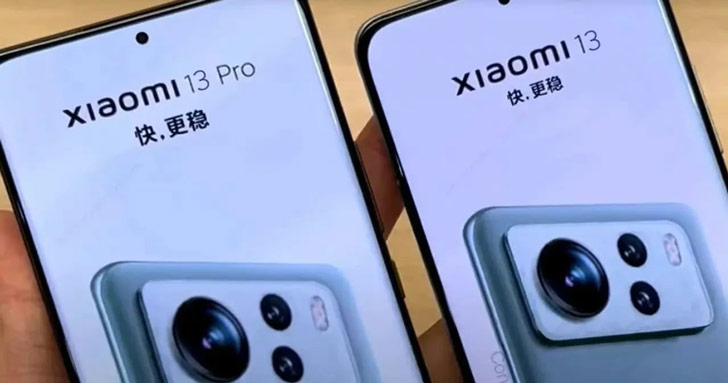 Mi 13 and 13 Pro will likely use the unannounced Qualcomm Snapdragon 8 Gen 2 chipset at the helm. The pro model will have 12GB of physical RAM with 3GB of memory expanded virtually. With Android 13 support right out of the box, both phones probably use 100-Watt wired and 50W wireless charging. Since the brand hasn’t yet divulged the details on any official channels, some of the info mentioned here is presumptive, and the image might be unauthentic, so take it with a grain of salt.