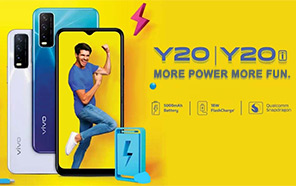 Vivo's upcoming Y20 series, featuring Vivo Y20 and Vivo Y20i, has surfaced on the web ahead of its official release. Published by @stufflistings, its press renders not only give us a preview of the devices but the specification sheets too. Save for the internals, the Y20 and Y20i are essentially the same devices — one more budget-minded than the other. 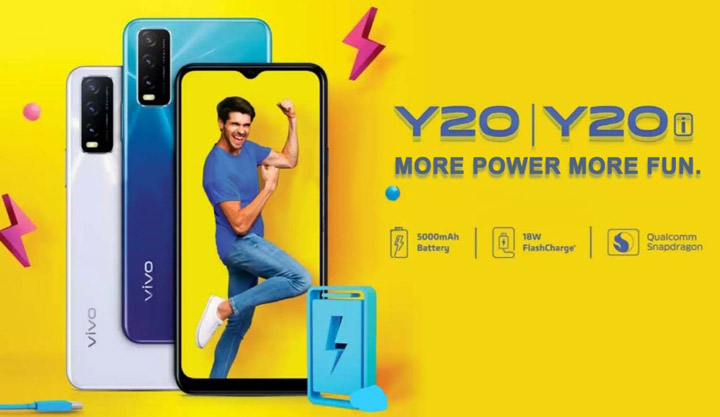 The design of the Vivo Y20i and Y20 follows the new language Vivo has been experimenting with ever since the X50 launch — that is, a lengthened camera island and shimmering highlights raying from underneath it.

Painted in two classic ‘Obsidian Black’ and ‘Dawn White,’ the Y20 has a 6.51” Halo FullView Display with a notch carved into it. The Y20i edition uses the same screen, but it’s available in Nebula Blue instead of Obsidian Black.

Bound inside the camera housing of Y20 Series by Vivo, there are three cameras stacked on top of each other: 13MP primary lens with a pair of 2MP macro and depth sensors. For selfies, the 8MP camera is embedded inside the drop notch. The duo is secured with side-facing thumbprint readers & will yet carry an affordable Vivo price tag. 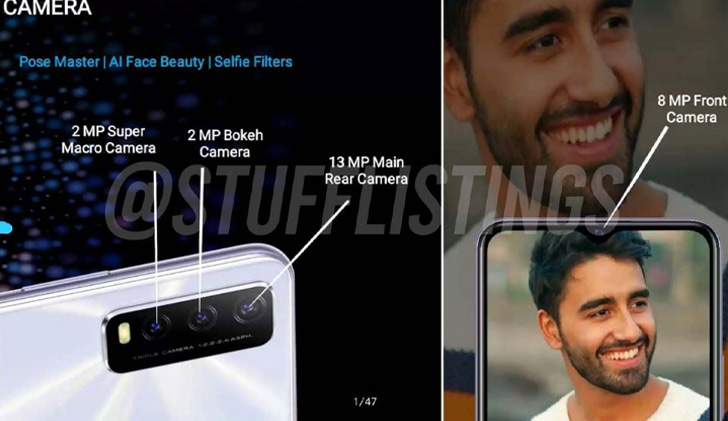 The Y20 series is powered by the Qualcomm-made Snapdragon 460 platform and 5,000 mAh batteries — supported with 18W Flash Charge in the standard variant. The storage details aren’t shared, but the Y20i comes with 3GB of RAM, and the Y20 features 4GB of memory. Vivo’s Funtouch OS 10.5 skin based on Android10 ships with the two models, complete with ‘Dynamic Effects’ for custom UI animations and ‘AI-managed Albums.’

Vivo has yet to make an official announcement, but the phone leaker suggests that the duo could debut in India soon, which should be followed by a launch in Pakistan — going by Vivo’s typical release calendar.