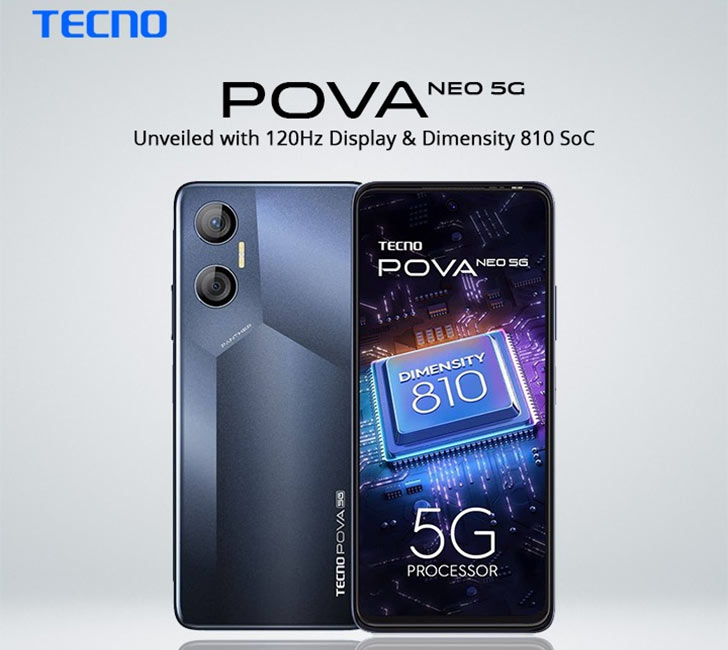 Starting its journey from India, Tecno's Pova Neo 5G has the potential to launch in multiple countries. Since its 4G variant is already available in Pakistan and given our non-5G disposition, there’s a possibility that Neo 5G might never make it to our market. Anyhow, here’s a list of features it packs inside. 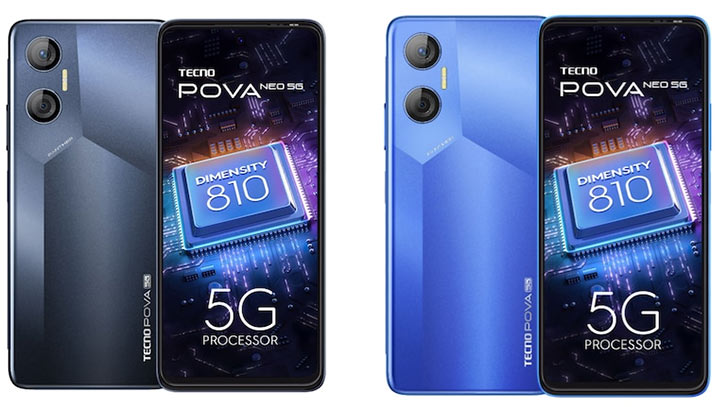 Pova Neo 5G has MediaTek Dimensity 810 5G core. A CPU based on a 6nm fab and eight cores with a max 2.4GHz clock speed. An integrated Mali-G57 GPU powers the gaming performance here.

There’s an elongated dual-camera setup on the back panel, which includes a 50-megapixel primary sensor and an unspecified assistive lens. The phone runs Android 12 x HiOS 8.6 operating system from the get-go and bares 4GB memory + 128GB storage space.

There’s a colossal 6000mAh battery under the hood of Neo 5G that energizes the entire package. The phone has a Type-C port at the bottom, allowing fast 18W charging. For security, it has an added side-facing fingerprint scanner. It has a dedicated microSD card slot as well.